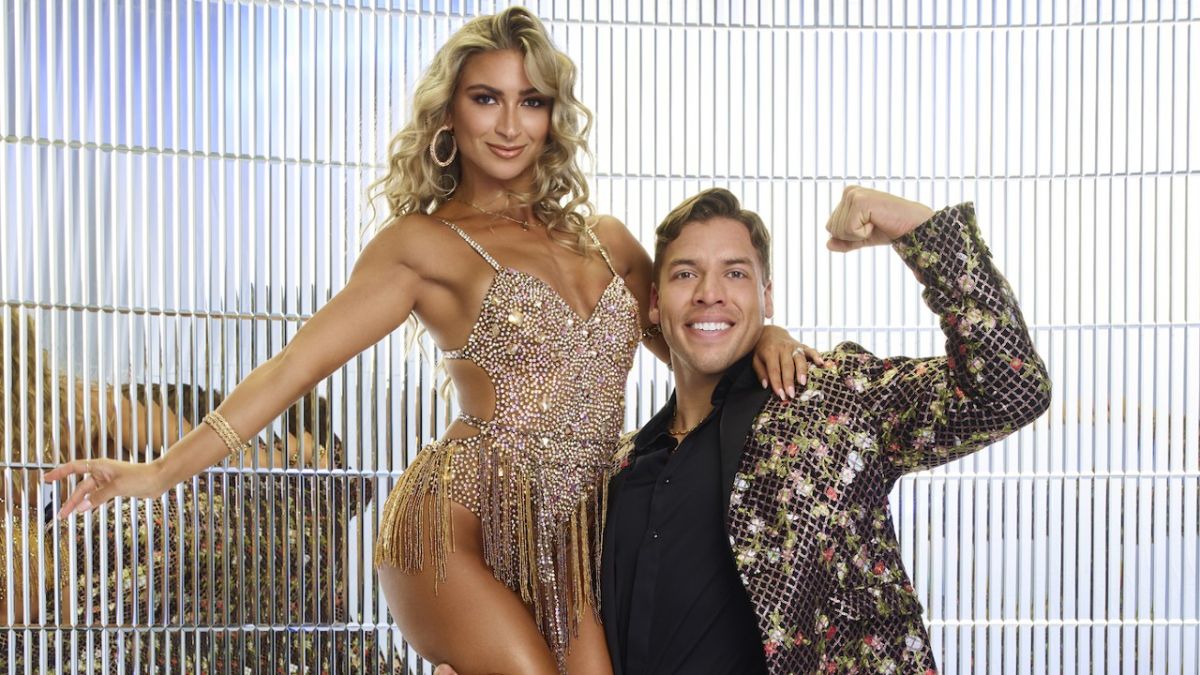 Warning! The following contains spoilers for the Dancing with the Stars Season 31 premiere. Read at your own risk!

Dancing with the Stars returned for Season 31, but in a different place than audiences were used to. The beloved dancing competition streamed live for anyone with a Disney+ subscription instead of airing on ABC, but the tried and true format of celebrities being paired with professional dancers remained. Among them was Arnold Schwarzenegger’s son Joseph Baena, who had a chance to show he can do more than pump iron.

Joseph Baena, aided by dancing pro and Season 30 winner Daniella Karagach, ripped through a jive dance routine to “Pump It” by the Black Eyed Peas. Baena relied on his strength for the first bit of the competition, and struck a few poses that would surely make his father proud before erupting into dance. The audience reacted well to the performance, but the judges indicated there’s definitely room for improvement.

In the end judges Derek Hough, Carrie Ann Inaba, and Bruno Tonioli each gave Joseph Baena a six, while Len Goodman gave him a five for a combined score of 23. Goodman made a point to say that Baena’s footwork was a bit soft and floppy, which is something no one would ever say about the actor’s arms. As for other critical notes, the judges essentially noted that Baena needed to polish and improve upon his technique to get a better score next week.

Perhaps the most positive note came from Carrie Ann Inaba, who told Joseph Baena that his performance reminded her of Season 30 winner Iman Shumpert. Shumpert also started out the show with a weaker performance, but leaned on his athleticism to improve week to week and ended up pulling off a major upset by defeating experienced dancer JoJo Siwa.

It’s too soon to say if Joseph Baena could live up to that hype. At the moment, his first dance score put him in ninth place compared to other Dancing with the Stars’ Season 31 competitors. He survived the first round of the competition, but actor Jason Lewis and Peta Murgatroyd weren’t so lucky.

They’ll miss out on Elvis week, which I’m sure will get the contestants “all shook up” before the next couple is voted off. For Baena, he should be fine if he can only improve on his dancing just a bit, provided the folks below him don’t have any vast improvements and jump above him. Before too long though, he’ll need to work as hard at his dancing as he does in the gym if he hopes to stay on Dancing with the Stars.

Dancing with the Stars is only getting started over on Disney+ (opens in new tab), and it’s sure to be interesting to see how audiences respond to it on streaming. Keep tabs on it, as well as the other new shows coming to television this fall season as September keeps rolling right along.

Capital Crescent Trail tunnel in Bethesda may not return until 2030...