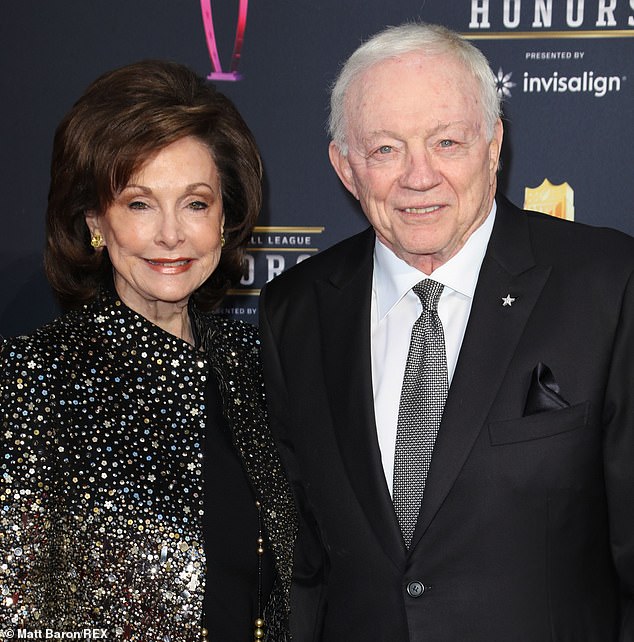 The owner of the Dallas Cowboys has been hit with a paternity suit from a 25-year-old woman claiming he is her biological father who bound her family to secrecy after he allegedly pursued her mother.

Alexandra Davis, who lives in Washington, D.C., filed a lawsuit against billionaire Jerry Jones, 79, last week, claiming he paid her and her mother, Cynthia Davis Spenser, $375,000 to keep quiet about their relationship that began in 1995, Dallas Morning News reported.

According to the lawsuit, Davis was bound by a confidentiality agreement signed by her mother, a former American Airlines ticket agent, when she was just a one-year-old. The agreement created two trusts for the mother and daughter as long as they kept Jones’ paternity a secret.

Davis, who works as an aide for U.S. Rep. Ronny Jackson, ‘has lived her life fatherless and in secret and in fear that if she should tell anyone who her father was, she and her mother would lose financial support, or worse,’ the lawsuit states.

She has asked the court to release her from the confidentially agreement that her mother agreed to when she was a baby and to be recognized under the law as a daughter of Jones, whose estimated net worth is $10.7 billion.

Dallas Morning News reported that Davis Spencer and her daughter were ‘Cindy and Alex,’ cast members on the third season of the Dallas reality TV show ‘Big Rich Texas.’ The duo were the newcomers for the final season, where Davis Spencer was listed as a single mom ‘living off a trust fund.’

Jones (right ) has been married to Eugenia (left) for 59 years 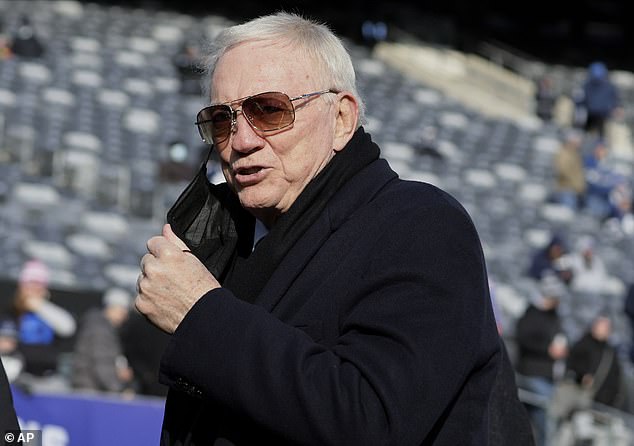 Dallas Cowboys owner Jerry Jones was hit with a paternity suit by Alexandra Davis, 25, who claims the 79-year-old billionaire is her father who paid her and her mother to keep silent 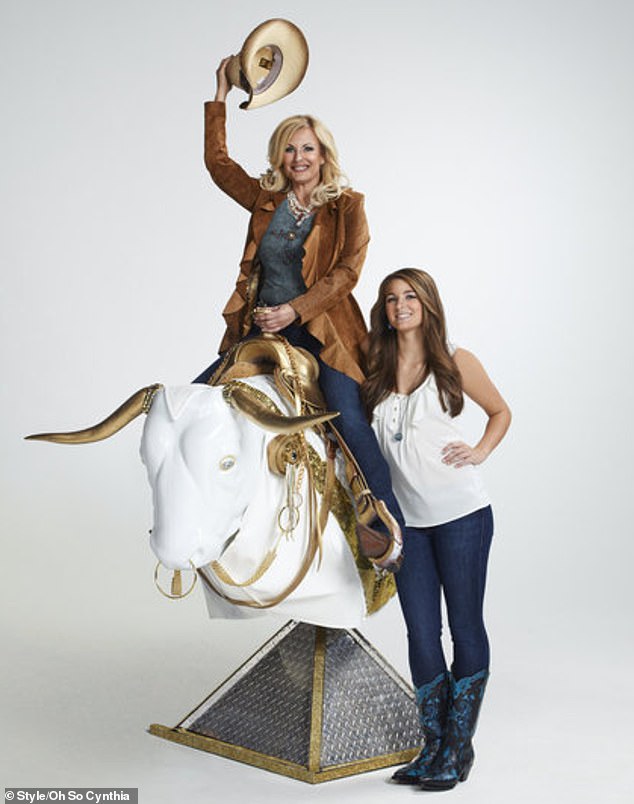 Davis (right) had reportedly appeared in the last season of ‘Big Rich Texas’ with her mother, Cynthia Davis Spencer. Davis Spencer had allegedly received $375,000 through a trust fund in 1995 if she and her daughter agreed to stay quite about their relationship with Jones

Jim Wilkinson, a spokesman for Jones, and attorney Andrew Bergman declined to  comment on the lawsuit.

The lawsuit claims that Jones began courting Davis Spencer in 1995 when she was working at an American Airlines ticket counter in Little Rock, Arkansas, just as she was in the middle of divorcing her husband.

It goes on to say that Jones ‘abandoned and shunned’ Davis after she was born in Little Rock on December 16, 1996.

‘The combined effects of the aforementioned agreements and Cynthia’s divorce proceedings resulted in [Davis] never having a legal father,’ the lawsuit says.

‘Defendant Jones’ only role in Plaintiff’s life to date other than to shun her, has been to coerce her from ever disclosing his identity.’

A DNA test between Davis and Davis Spencer’s former husband revealed he was not the legal father and didn’t have to pay child support, the lawsuit claims.

Davis alleges that once Jones discovered that Davis Spencer was going to be a single mother, he negotiated a ‘hush money’ settlement. 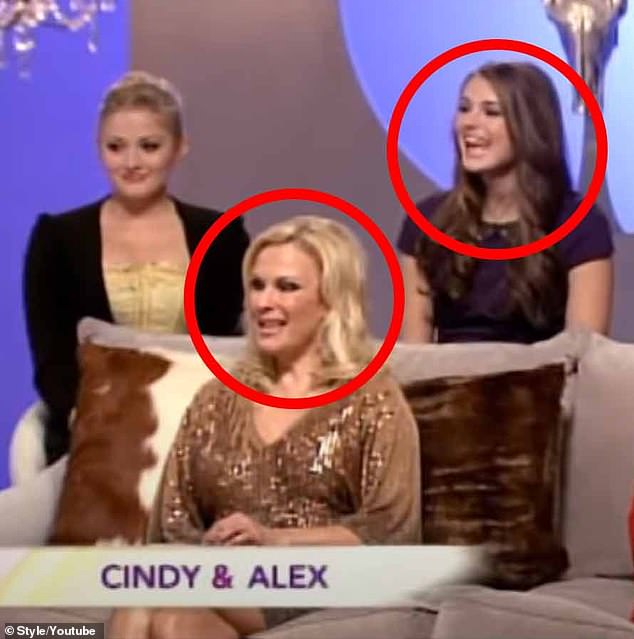 Davis (right, pictured with her mother on the 2013 reality show) has asked the court to release her from the confidentially agreement that her mother agreed to when she was a baby and to be recognized under the law as Jones’ daughter 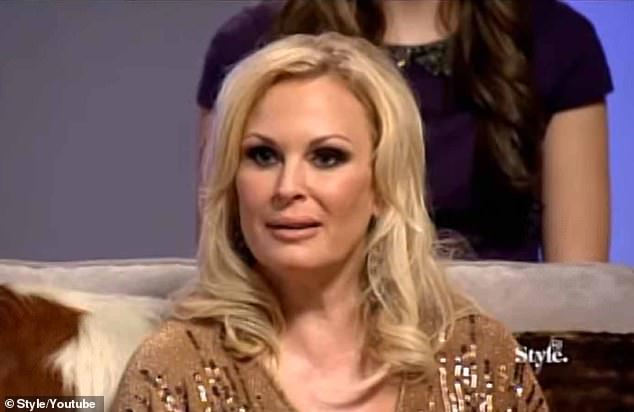 Davis Spencer had worked at an American Airlines ticket counter in Little Rock, Arkansas, when Jones allegedly courted her. The paternity suit claims he shunned the family after Davis was born in December 16, 1996 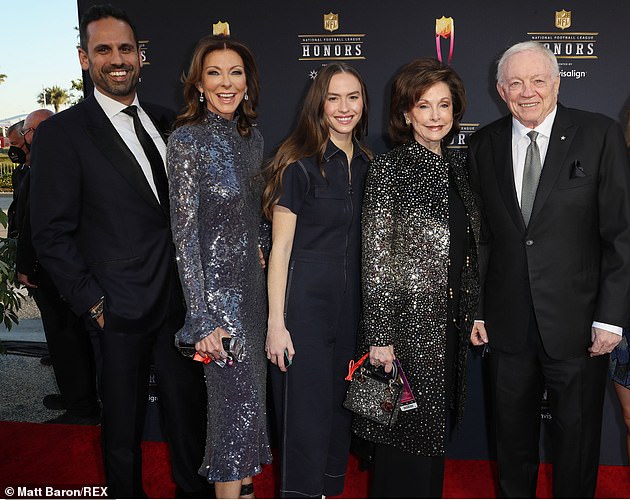 The couple is pictured attending the 11th Annual NFL Honors event together with their family; Eugenia Jones and Jerry Jones  (second from right and far right, respectively) with children Stephen Jones (far left) and Charlotte Jones (second from left)

Jones supposedly agreed to ‘provide, through indirect means and with his personal identity hidden, ongoing financial support for Cynthia and Plaintiff so long as Cynthia remained silent about the fact that he was [Davis’] father,’ the lawsuit states.

‘If Cynthia failed to maintain such silence, the support would end at Defendant Jones’ discretion and Cynthia would supposedly be in breach of the deal.’

The settlement, according to the lawsuit, also included monthly and annual funds for Davis until she turned 21, with additional payments set up for when she turned 24, 26 and 28.

Davis grew up in Dallas and graduated from Southern Methodist University, according to the lawsuit. The lawsuit also mentions health concerns for Davis Spencer, but did not provide specific details.

The lawsuit against Jones was posted on Dallas County courts earlier this week but was temporary sealed the following day pending a March 31 hearing.

Ruben Randall - September 26, 2022 0
Celebrity
After Friday night, the Ohio high school football regular season is officially half over and the playoffs will be near. With playoff rankings...