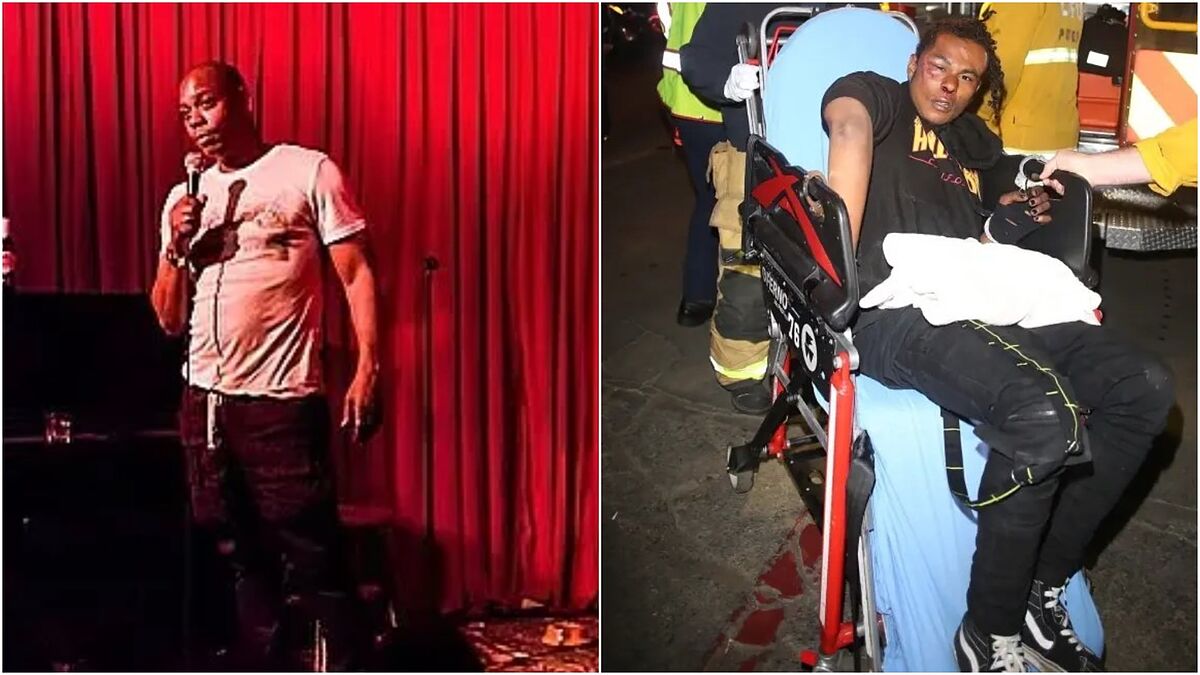 Isaiah Lee, that’s the name of Dave Chappelle’s attacker who tackled him during his comedy set at the Hollywood Bowl a few days back. Initially, the comedian’s security detail beat him to a pulp and even dislocated his arm. Chappelle refused to make this incident bigger than it already was because the main focus needed to be on the ‘Netflix is a Joke’ festival.

The best comedians from all around the world are gathering in this massive festival to celebrate the art form and Dave wasn’t going to let this overshadow the event. However, his lawyers did press charges that so far have been ifnored. As it turns out, this is setting a precedent for anybody who wants to assault anybody on stage while they are working without any consequences.

Chappelle’s attorney Gabriel Colwell spoke to the folks at the New York Post about what’s happening with this case that is completely being ignored as what it is. Isaiah Lee commited a felony and he should be charged for it, especially for carrying a weapon that seemed like it could definitely kill someone.

In the images released to the public, it appears Lee had a mock-up gun that also turned into a knife and that’s the weapon he had on him at the moment he attacked Dave. Colwell still can’t fathom that DA George Gascon is refusing to prosecute Lee with any felony charges, only with a misdemeanor.

What did Colwell say about Chappelle’s attacker?

Here’s what Colwell said: “It’s a travesty of justice that DA [George] Gascn is refusing to prosecute this case as a felony. The City Attorney, who filed the case, is doing his job but DA Gascn should also do his job and charge this as a felony. This was a violent assault that was perpetrated on an unsuspecting entertainer while he was giving a show in front of thousands of people at the historic Hollywood Bowl.

“The idea that [Lee] had a deadly weapon on him – one that was a replica of a handgun that had a knife – that is a violent assault. Entertainers in LA need to know this is a justice system that will protect them. There is no question here that when someone is violently assaulted by another in possession of a deadly weapon that it should be charged as a felony.”

When do Olivia Cooke & Emma D’Arcy appear in House of the Dragon?