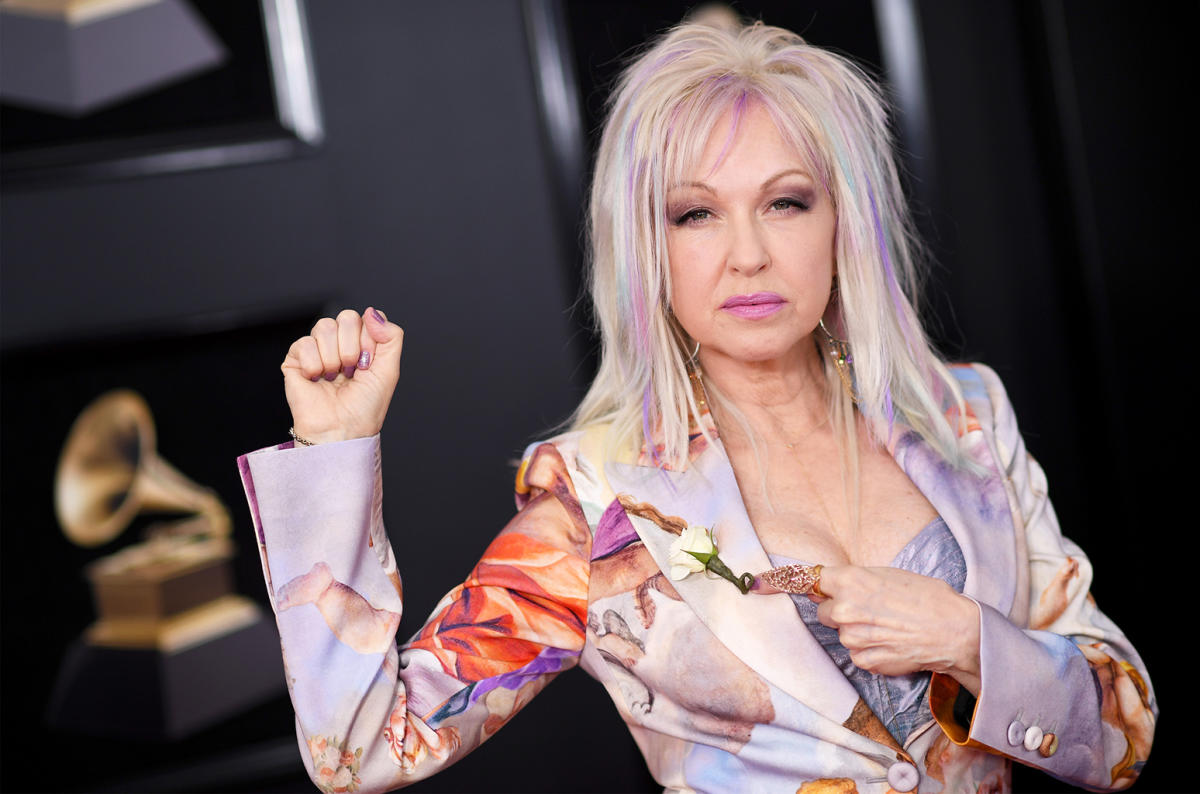 Cyndi Lauper launches the Girls Just Want To Have Fundamental Rights Fund, with a mission to support organizations “fighting for the right to abortion and reproductive healthcare.”

The veteran singer, songwriter and activist announced the initiative on Oct. 11, the International Day of the Girl and in response to the Supreme Court’s controversial overturning of Roe v. Wade.

In addition, Lauper will release limited-edition “Girls Just Want To Have Fundamental Rights” t-shirts, with net proceeds generated from each sale also going toward the fund.

Its ambition, reads a statement on Lauper’s official website, is to “support efforts that advance the fundamental rights and health of all women and girls.”

The program is a long-time brewing for Lauper, who’s been vocal about her identity as a feminist.

“When most women would say, ‘What are you, a feminist?’ And people would go, ‘Well, I’m really a humanist.’ I would say, ‘Yeah, I’m a feminist. I burned my training bra,’” said Lauper in a recent interview published by People. “Then in 2017, I saw these young girls with these ‘Girls Just Want to Have Fundamental Rights’ signs, and I felt like, ‘You know what? It was all worth it.’ The little ones, they heard me.”

Although the fund borrows its name from Lauper’s breakthrough 1983 single “Girls Just Want To Have Fun,” she admits she did not have any political intentions when she originally wrote the song.

“It wasn’t political, but in a lot of ways it was, because how dare I say that women should come together and be joyful?” Lauper told People. “When I used to go on tour, I actually saw grandmothers, mothers and daughters — three generations. It just made it worthwhile to me.”

The ’80s hitmaker has landed 14 titles on the Billboard Hot 100 chart, including eight top 10s and two leaders, “Time After Time” and “True Colors” (“Girls Just Want To Have Fun” peaked at No. 2).

How I learned crypto day trading

Ruben Randall - October 18, 2022 0
Actor
Tom Felton revealed in his just-released memoir, “Beyond the Wand: The Magic and Mayhem of Growing Up a Wizard,” that a young Daniel...

Collin Delia steals the spotlight and almost the game for the...