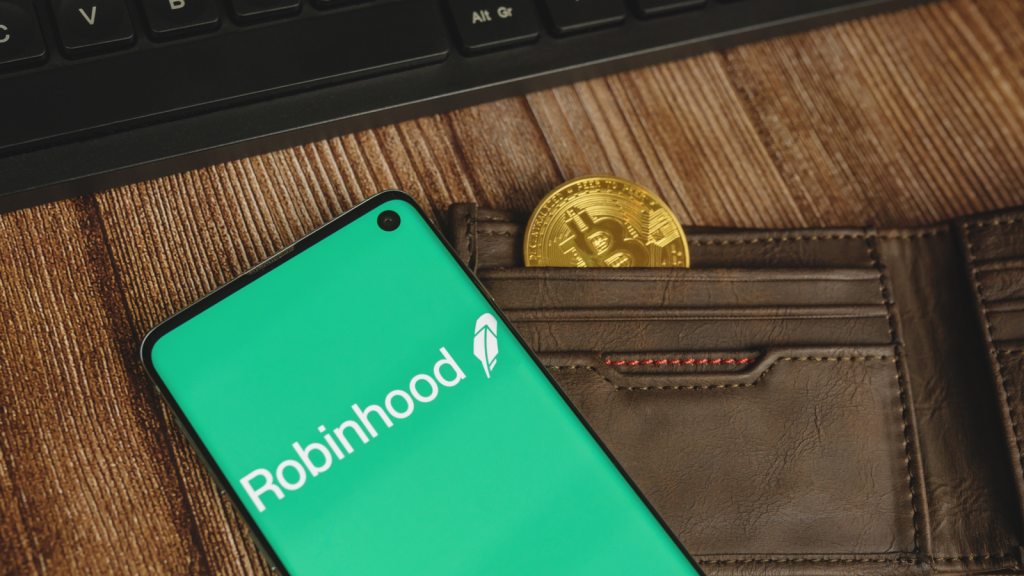 Crypto stocks are bouncing higher today alongside Bitcoin (BTC-USD) and friends – none more so than Robinhood (NASDAQ:HOOD) after news broke yesterday that it’s attracted a very high-profile investor.

Sam Bankman-Fried not only founded the trading app FTX (FTT-USD) but has become something of a crypto celebrity, ranking #1 on the CoinTelegraph Hot 100. And since mid-March, “SBF” has accumulated roughly 30 million shares of HOOD, as per his SEC filing printed in Street Insider on Thursday.

According to The Financial Times, this amounts to a 7.6% stake in Robinhood, worth $648 million. And Bankman-Fried only bought more as HOOD’s share price slid lower over the past couple months. His most recent transaction was Wednesday – when he scooped up 3.2 million shares darn near the all-time low!

The filing states that Bankman-Fried “intend[s] to hold the Shares as an investment, and do[es] not currently have any intention of taking any action toward changing or influencing the control of” Robinhood Markets, Inc. This makes sense, as Robinhood’s co-founders still control 63% of the company, and SBF’s stake comes with just 2.8% voting power.

Bankman-Fried is “open to any conversations” about buying Robinhood in the future with his $21 billion fortune. But for now, Robinhood was just “something that I saw as an attractive investment, and there are a lot of areas for the company to grow and innovate going forward,” SBF tells Axios.

Does this thesis hold water, though? Luckily, we have fresh data on Robinhood – and similar companies – that give us a good picture of the opportunity here…for investors working with, presumably, less than $21 billion.

Robinhood: The Good, The Bad, and The Ugly

My theory is that Robinhood has what this crypto-trading mogul wants: a sizeable options-trading business.

While Sam Bankman-Fried’s FTX app has 5 million registered users… Robinhood has more like 23 million, as of its latest earnings report two weeks ago. And a lot of these users must be trading options:

In Q1, options trading made $127 million in revenues for Robinhood, versus just $54 million from crypto trading and $36 million from equities. All of these figures were down harshly, year-over-year. But options revenue fell 36%, which was at least better than -39% for crypto and -73% for equities trading on Robinhood!

Options trading is clearly something that Sam Bankman-Fried sees as a good, stable business. Among the financial hotshots he’s been courting is Goldman Sachs, who may soon “advise FTX on the latter’s plan to offer retail trading of crypto derivatives,” The Block reported in April.

But what should the rest of us take from Robinhood’s earnings report?

To sum it up: Robinhood’s customer base has been holding pretty held steady. Total Accounts have hovered around 22.5–23 million since last spring. Assets Under Custody were down sequentially, to $93 billion, but not far from the $95–$100 billion range it’s been in since last spring.

Monthly Active Users are down to 15.9 million – from their 21.3 million peak in Q2 2021 – but they’re still well above 2020 levels… However, Robinhood’s revenue metrics are down sharply, especially Average Revenue Per User (ARPU).

That’s about in-line with 2020 figures – but ARPU is definitely not! $53 per user is drastically lower than anything we’ve seen from Robinhood before; until now, ARPU had been averaging $98 per user. This is all happening while expenses are still high…so net loss in EBITDA is larger than ever.

Clearly, the problem here is monetization. So, it makes sense that we also heard a lot about how Robinhood is really working to diversify its offerings – with crypto wallets, a reward debit card, securities lending, and Lightning Network integration for bitcoin payments.

The lending thing is intended to appeal to “advanced customers,” which “while relatively small in number, drive a significant portion of our revenue,” notes CEO Vlad Tenev in the earnings call. He also said that Robinhood is seeing “bright spots around adoption of direct deposit and repeat [Cash Card] usage.”

Once this rewards debit card is rolled out to all customers “by midyear,” Robinhood expects “roughly 130 basis points of transaction volume” from interchange revenues (i.e., the debit-card fees).

The question is… How fast can Robinhood execute on these things when they were just forced to lay off 9% of their employees?

Not to mention that Robinhood has its own baggage it’s bringing into this bear market. CEO Vlad Tenev is much lesser known for these earnings calls than his testimony to Congress as to shady business practices related to “payments for order flow.”

See also  The biggest in-season trade for every NFL team

That being said, it’s worth noting:

Coinbase is In the Same Boat

The new earnings report from Coinbase (NASDAQ:COIN) feels pretty familiar after what we saw from Robinhood.

Assets on Platform were down sequentially, from $278 million in Q4 to $256 in Q1, but still up 15% year-over-year. As for the total customers, Coinbase reported 98 million verified users, an 81% gain year-over-year

Monthly Transacting Users on Coinbase slid from 11.4 million to 9.2 million in the quarter, but still a good 50% more than the year-ago quarter.

Unfortunately…revenues of $1.2 billion were less than half of the previous quarter and also down from $1.6 billion in the year-ago quarter.

Average Transaction Revenue Per User (ATRPU) was just $35 – even worse than Robinhood! That compares to an average of $64 per user in 2021, and is more what Coinbase was seeing in 2019.

Expenses are still high, so EBITDA has dropped like a stone, from above $1 billion for most of 2021 – to just $20 million in Q1. (At least it’s still a positive number, unlike Robinhood, which was -$143 million in the red for Q1.)

Coinbase also offers other “subscription and services,” like Blockchain Rewards (when you stake your crypto through Coinbase) and its Earn campaign (in which users earn crypto by watching educational videos and taking a quiz). This segment is growing fast year-over-year, but at $152 million, it’s very tiny compared to Coinbase’s transactions revenue (just over $1 billion).

If it’s monetization you want – and as investors…we should! – then I’d say it’s worth looking at what Block (NYSE:SQ) is doing.

Block Has Much More Diverse Appeal

SQ stock is also down brutally in the past six months, but it’s likely in a much better position because its business is built on the things that HOOD and COIN are attempting to save their business.

Usage is actually up in the main segments. Within the original Square business, Afterpay (a buy now, pay later digital wallet) reported 10% user growth. And Cash App had “our strongest monthly engagement in March,” said Block CFO Amrita Ahuja on the earnings call.

Meanwhile, revenues were down 21% year-over-year. If SQ was just a bitcoin business, that would be more like -50%! But every other segment posted nice growth, especially “subscription and services” (Instant Transfer, Square Card, Square Loans, and Software.)

EBITDA was down year-over-year but not huge, and still amounted to $195 million in Q1; this held pretty steady from the previous quarter.

“Direct deposit has been a growing mix of inflows and we’ve seen particular strength from recurring paycheck deposits, which were up more than 2.5 times year-over-year in March,” said Ahuja.

Bottom line – Block’s strength as a company is its multiple revenue streams. (What a concept!)

When it comes to Jack Dorsey’s public persona, it’s all about bitcoin at this point. When people want BTC, they know to come to his company, and even casual users of Cash App will see BTC featured prominently as an option for them. In the meantime, Block Inc. is so nicely diversified versus the trading apps that – far from laying off employees to cut costs – they should still be able to invest in other Dorsey pet projects like Spiral and TBD that are helping build out the Bitcoin ecosystem.

This makes SQ a particularly intriguing investment among the “crypto stocks” for those brave enough to buy the dip.

On the date of publication, Ashley Cassell did not have (either directly or indirectly) any positions in the securities mentioned in this article. The opinions expressed in this article are those of the writer, subject to the InvestorPlace.com Publishing Guidelines. To have more news from The New Digital World sent to your inbox, click here to sign up for the newsletter.