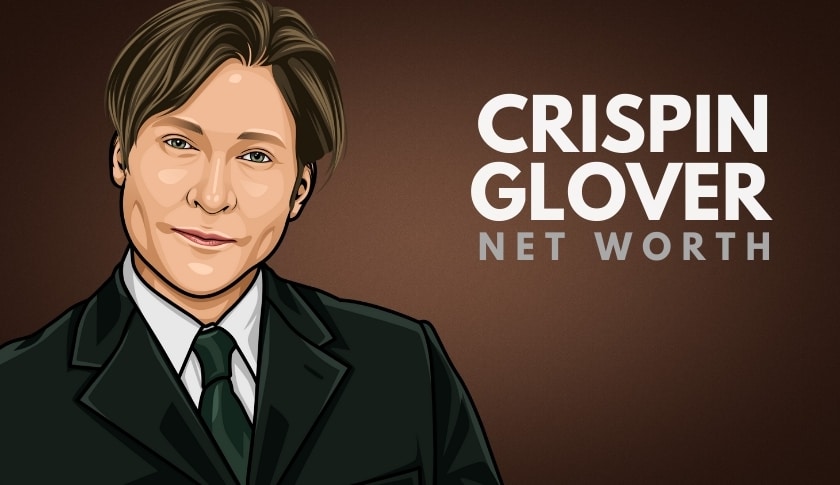 What is Crispin Glover’s net worth?

Net Worth:$6 MillionAge:56Born:April 20, 1964Country of Origin:United States of AmericaSource of Wealth:Professional ActorLast Updated:2021

Crispin Glover is an American actor, filmmaker, and author.

Glover is best known for starring in ‘Back to the Future,’ ‘River’s Edge,’ ‘The Doors’ and ‘What’s Eating Gilbert Grape.’ He has also starred in ‘Charlie’s Angels,’ Willard,’ ‘Beowulf,’ ‘Alice in Wonderland’ and ‘the television series ‘American Gods.’ In the late 1980s, he started his company VOlcanix Eruptions which publishes his books.

Glover moved to Los Angeles with his family when he was 5 years old. He is the son of Bruce Glover and Marion Elizabeth Lillian Betty Krachey.

His father is of English, Czech, and Swedish descent, while his mother has Czech and German ancestry. Glover attended the Mirman School from first grade through ninth grade. He then attended both Venice High and Beverly Hills High School, where he graduated in 1982.

Glover began his acting career at the age of 13. He appeared in many sitcoms as a teenager, including ‘Happy Days and Family Ties’. He had his debut film role in ‘My Tutor’ in 1983. This led him to star in other movies such as ‘Teachers’ and ‘Friday the 13th: The Final Chapter.’

In 1989, Glover released an album titled ‘The Big Problem Does Not Equal the Solution, The Solution Equals Let It Be’ through Restless Records, produced by Barnes & Barnes.

He rose to fame as George McFly in ‘Back to the Future,’ which was an international box office in 1985. Glover and the producers could not agree on suitable terms for him to appear in the sequels, so the role was reduced and recast.

Glover has written between 15 and 20 books. He constructs the books by reusing old novels and other publications which have fallen into the public domain due to their age.

How Does Crispin Glover Spend His Money?

In 2003, Glover bought a 20-acre estate in Konarovice, Czech Republic, roughly 45 minutes outside of Prague. The main house has 17 bedrooms. The property dates back to the 17th century and Crispin purchased the home so he could build his own sets on the grounds for future film productions.

Here are some of the best highlights of Crispin Glover’s career:

“My interest in music tends toward being orchestral music. And the repertoire of music that exists is, to me, far more emotive than what is standardly used in movie scores. That isn’t always. I think there’ve been some excellent movie scores by excellent directors. But for the most part, watching a film, one of today’s movies, I think that the emotional undertone of movie scores is pretty poor.” – Crispin Glover

“When I started acting in the film industry when I was 16 years old, in 1980, I was going to all the revival theaters in Los Angeles. They were playing mostly films from the ’60s and ’70s, some from the early ’20s and ’30s, before that Hays commission. Those films did question things a lot, and there definitely was a switch in 1934. You can see very distinctly in 1934, it’s harder to understand what the real culture was.” – Crispin Glover

“The books I made, most of those books were made in the ’80s or early ’90s. I was reacting emotionally at that time; it wasn’t an intellectual thing. I didn’t make those things for public presentation; those were for my friends. So I wasn’t doing this to be an advocate for what I’m talking about right about now.” – Crispin Glover

“Realism is always subjective in film. There’s no such thing as cinema verite. The only true cinema verite would be what Andy Warhol did with his film about the Empire State Building – eight hours or so from one angle, and even then it’s not really cinema verite, because you aren’t actually there.” – Crispin Glover

Now that you know all about Crispin Glover’s net worth and how he achieved success; let’s take a look at some of the lessons we can learn from him:

Realism is always subjective in film. There’s no such thing as cinema verite.

It’s like, you can’t have any fun, and if you do have fun, if you do your own thing, you’re considered crazy and should be in a mental institution.

Crispin Glover is an American actor, filmmaker, musician, and author. Glover is best known for his roles in the films ‘Back to the Future,’ ‘Bartleby,’ ‘Charlie’s Angels,’ ‘Beowulf,’ and ‘Alice in Wonderland.’

He was born in New York City. His father was actor Bruce Glover, and his mother was an actress and dancer, Marion Elizabeth Lillian Betty Krachey.

What do you think about Crispin Glover’s net worth? Leave a comment below.

From Doctor Strange in the Multiverse of Madness to The Big Conn: a complete...