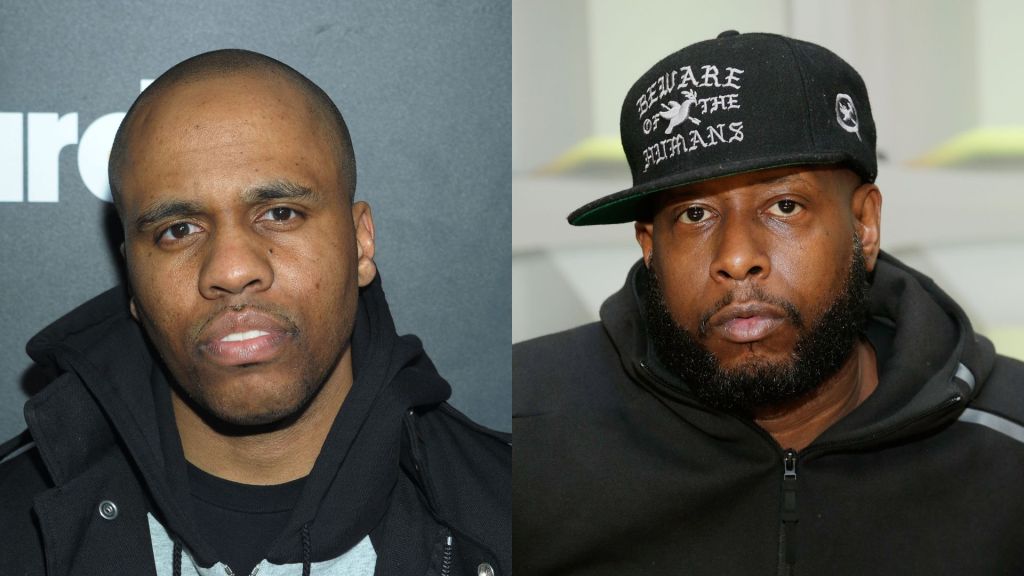 New York Hip-Hop vets Consequence and Talib Kweli went at it Wednesday (Oct. 26) on social media over their brethren Kanye West and his recent controversies.

The Queens rapper, who has accused Kweli of not being genuine with Ye, responded with: “I’m down to do interviews because I feel clarity is needed to be conveyed thru productive communication in order to move forward. But ni**a. Let’s not play no stupid games. One minute You Internet Thuggin. Next minute You Want An Interview. Come on beloved @talbikweli What We Doing???”

He added: “When I saw you with @chrisrock + @davechappelle you expressed that you wanted to put it to bed with YE. So this feels like you trading Integrity for Clout. If you want me to do a sit down with you to be in the ‘Hot Seat’ then call me like a Real One.”

Kweli debunked his claims of “clout chasing” or requesting to interview him, with: “So wait, @constv, you see racist trolls trying to weaponize you against me and instead of calling that bullshit out, you falsely accuse me of ‘internet thuggin’ all because I stated that I’m not frightened of you? That tells me that your goal was to frighten me. Let’s be clear. I’m not scared of you at all. Nobody is. Now to be even more clear, I didn’t approve this ask because I have no desire to interview at all. I didn’t ask anyone to email you and frankly I’m upset that my team sent this email because you are not welcome on my show.”

He added: “Your own queens people don’t f**k with you. Me having you on my show would have me looking sus. Speaking of sus, why have you failed to call out @kanyewest anti black nazi a** rhetoric?”

Cons took to the comment section with: “You mad Ye fronted on you on @DrinkChamps. Just say you hurt, bro. Why your right-hand man, Mos [Def] ain’t check him? I saw Dante basically front on you by bigging him up about Graduation during y’all interview. You all cap.”

Kweli then trolled Consequence with a screenshot of old headlines where he apologized to Drake and Kim Kardashian after having minor beef with them. “sorry ass n*gga,” Kweli continued.

Last week, Consequence, 45, took to Twitter to share a few posts declaring how close he is to Ye. In the midst of multiple brands severing ties with West, the Queens rapper decided to share with his followers that he had spoken to Ye about his anti-semitic comments — and that he is standing by his friend no matter what.

Sharing a 2002 photo of Kanye hospitalized from the near-fatal car accident that inspired “Through The Wire,” Cons tweeted: “For clarity Ye & I have had discussions about the events over the last few weeks. Have I agreed with everything No. Did I offer critique and solution Yes. Was our conversation private Yes. What needs to be understood is that I got the call 20 years ago when this happened…”

Cons then tweeted again sharing of video clip of Ye wearing his controversial “White Lives Matter” shirt while speaking with fans. “The Candice Owens Experiment Needs To End,” he wrote. “Nothing Personal. Accountability Is Everything In Life. This Shirt Was/Is A Bad Idea. Wisdom Is Learning From Your Mistakes And Then Moving On. Queens Get The Money.”

He followed up with another vintage picture of him and Ye during an interview with MTV. He tweeted: “I’ve stood with YE for 20 years and have always had his back. He trust me more than ANYBODY Part of that is seeing things for what they are Whether G.O.O.D. or Bad Then from there making sure WE are moving in the right direction. I said what I said…”

Consequence and Kweli’s sparring session stems directly from West’s demise with several brands and platforms over comments made regarding Jews and George Floyd. So far, Adidas, Balenciaga, Chase Bank, Vogue, CAA and Def Jam have all cut ties with the Yeezy creator. Ye recently responded that leaving Balenciaga was “the happiest day of his life.”

Severing ties with Adidas means that West is no longer a billionaire, according to Forbes. Reportedly, being dropped by the sneaker giant now puts his net-worth closer to $400 million. However, Ye has made it clear that it’s not about the money, its about “his people.”

Jordan Wooodson: ‘Till’ is a difficult, emotional and powerful watch | Community

Ruben Randall - October 31, 2022 0
TV/Movies
Lou Ferrigno is a bodybuilding legend. He had an iconic rivalry with seven-time Mr. Olympia, Arnold Schwarzenegger. However, he came into the public eye...