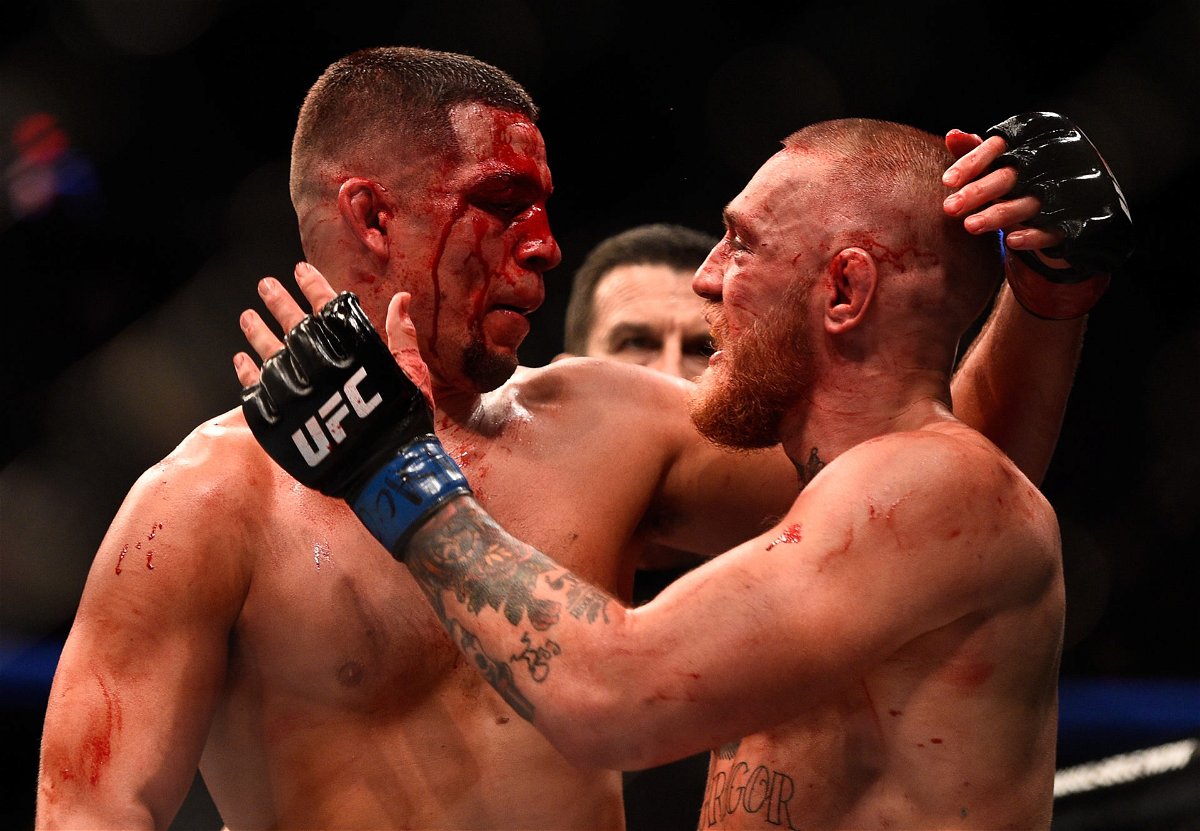 Nate Diaz and Conor McGregor are basically the Bonnie and Clyde of the UFC. Legalized bank robberies, with their fame and reach, are something that never fails to go out of style. Nate Diaz has been in MMA for the longest time and specializes in Brazilian Jiu-Jitsu more than any other style. That being said, despite boxing being a staple in MMA, the Stockton gangster has something to say against losing a boxing match.

Posted on @themaclifeofficial, Nate Diaz stated, “Losing a boxing match is like losing a basketball game. It’s not a real fight.”

This might be because Nate Diaz is pro-MMA and considers the Mixed Martial Arts fighting more than boxing alone.

Since The Mac Life posted it, it may have gotten ‘The Notorious’ seal of approval. McGregor even liked the tweet, confirming his approval of Diaz’s words. However, there’s a sense of irony here to be noted because the Irishman has fought and lost in the boxing ring before. This was against his historic fight with Floyd Mayweather.

WATCH THIS STORY–Tyson Fury, Kamaru Usman, Dana White, And Others React To Mike Tyson Battering A Drunk Fan On A Flight

Being one of the most iconic duos for a fight in the UFC, both fighters almost have a moral obligation to have bad blood between them for the fans watching. Apart from all of this, the two of them definitely have mutual love and respect.

However, their heated moments are some of the silver linings in the UFC. They never fail to crack up fans and heat things up when they’re around each other. Something about Conor McGregor’s fluidity in his speech and Diaz’s rather slurry speech pattern seems to be the right combination for a hilarious press junket.

How Does Conor Mcgregor Invest His Money – List of His Businesses

Despite going to war two times already, they have the potential to engage in a trilogy that can break records. The duo still houses a lot of “hate” between each other, which is the key ingredient in a recipe for a blockbuster fight.

Although both are reluctant to fight each other in a trilogy bout at the moment, we can’t wait for the day it gets announced. The press junkets themselves will sell the fight on a scale like never before.

NCAC Leads Coalition Statement on the Attack on Books in Schools

Rodrigo Santoro and Marcelo Adnet will sing in animation