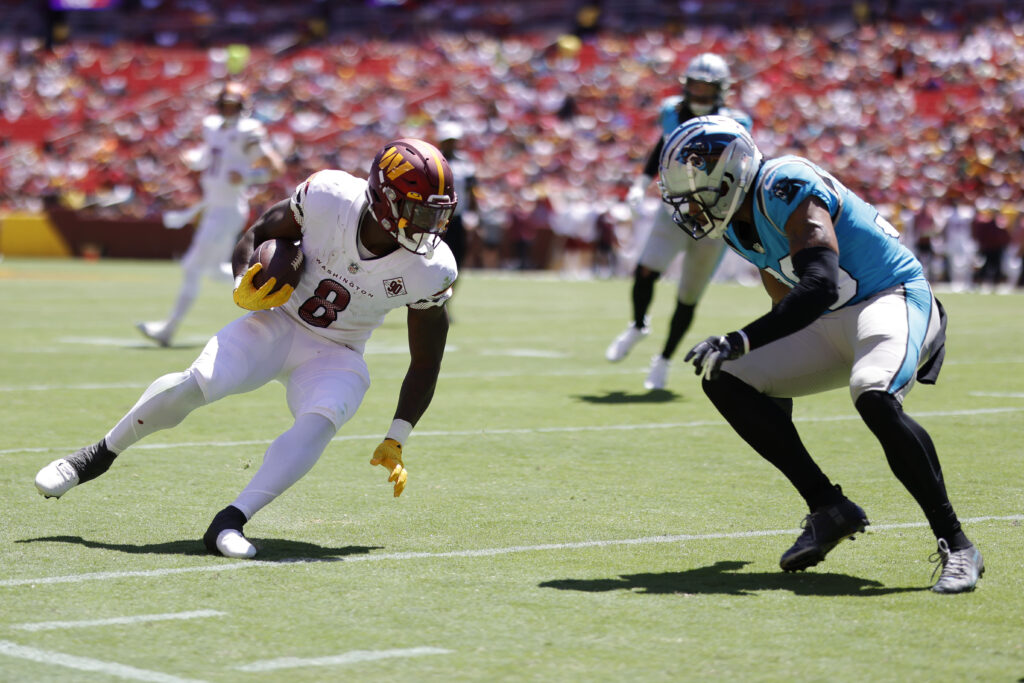 After surviving an attempted robbery that resulted in multiple gunshot wounds, rookie third-round running back Brian Robinson is looking more and more likely to make a return to the field this season for the Commanders. On the Don Geronimo Show, head coach Ron Rivera divulged that the swelling in Robinson’s knee has gone down “an awful lot” and that Robinson is off crutches less than two weeks after suffering his non-life-threatening injuries, according to Nicki Jhabvala of The Washington Post.

The Commanders were forced to place Robinson on the reserve/non-football injury list as a result of the shooting, meaning that, at the very least, Robinson will miss four games to begin his rookie season. Many expected the result to be much, much worse, but it’s looking more and more like a Week 5 return is possible, according to NFL Network’s Mike Garafolo.

Here’s a few more updates out of DC, starting with some more good news on the offensive side of the ball:

Daniel Radcliffe Once Visited a ‘Star Wars’ Set and Might Have...

Ruben Randall - November 16, 2022 0
Actor
Daniel Radcliffe has been a huge admirer of Star Wars alum Harrison Ford. But when...