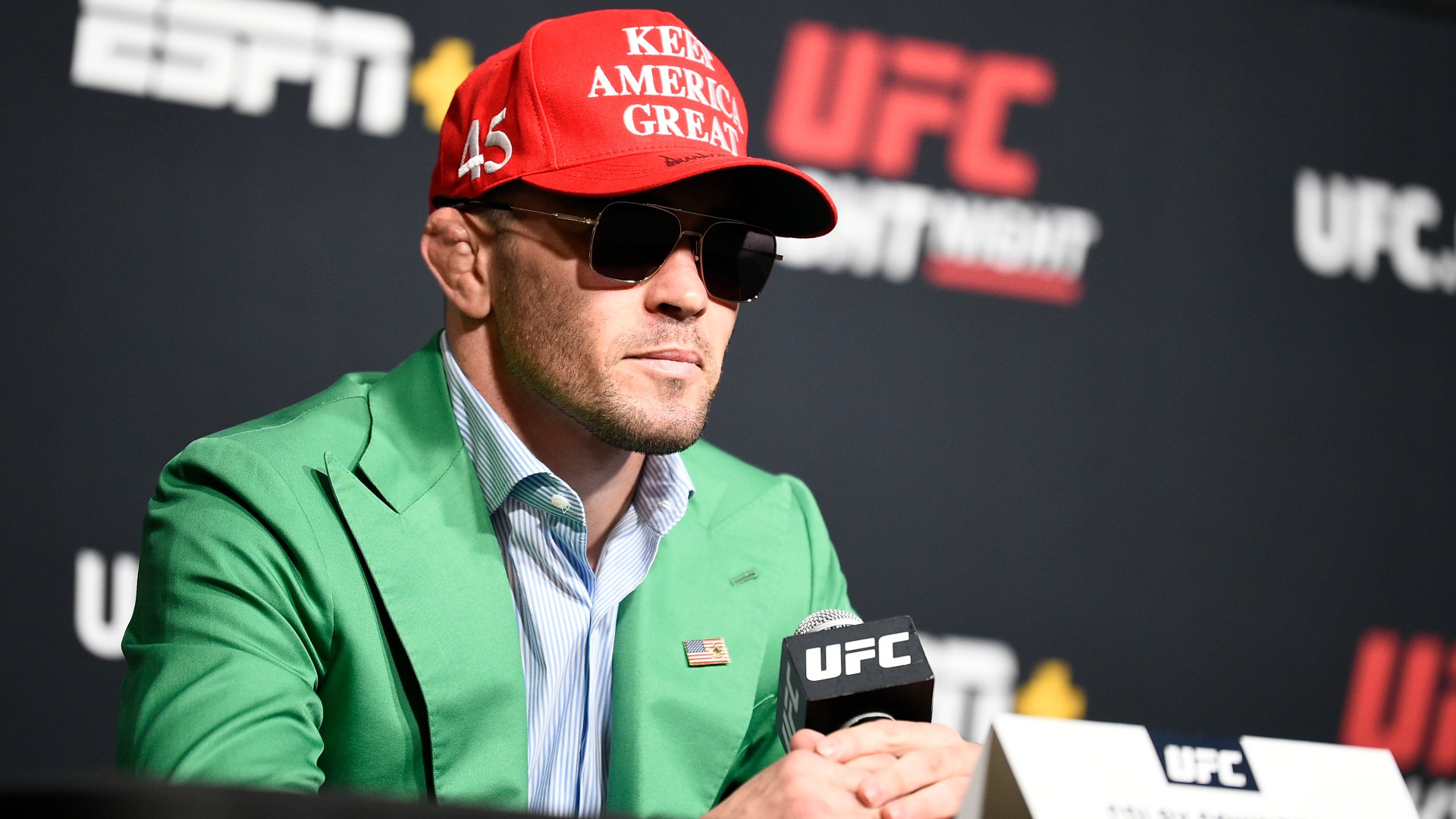 Colby Covington has leaned about as hard into the “MAGA” persona as he possibly can.

Whether real or an act used to keep him in UFC, Covington has made himself among the most divisive athletes in the sport.

How did he get to this point? Sporting News takes a look.

Oct. 28, 2017: Leading into his fight against Demian Maia in Brazil, Covington was concerned that his days in UFC were numbered. UFC was not going to resign him, as they did not like his fighting style or the entertainment value he brought to The Octagon. He beat Maia by unanimous decision and afterwards called Brazil “a dump” and said Brazilians were “all a bunch of filthy animals.” The comments were widely panned, but it also thrust him into the world of politics. After this, he also began to further his call to fight Tyron Woodley, the UFC Welterweight champion.

June 8, 2018: The day before his interim welterweight title fight with Rafael dos Anjos, Covington said on Twitter that he was going to bring the belt to the White House for Trump. He also made his first Tweet with #maga.

June 9, 2018: The next day, he beat dos Anjos by unanimous decision to claim the interim belt. From this point forward, he began to wear the red and white “Make America Great Again” hat and was much more vocal about his support for Trump.

See also  NJ's next storm could be an icy mess

Aug. 2, 2018: Covington visited the White House to share the belt with Trump. This came not long after he began to criticize NFL teams for taking a knee during the national anthem and for skipping visits to the White House after winning the Super Bowl.

Feb. 28, 2019: Days before Woodley was set to fight Kamaru Usman, a Nigerian-American fighter, for the UFC Welterweight Championship, Covington showed up to Usman’s workouts wearing a MAGA hat, telling Usman that he was the “real champ” as he held up his belt.

March 4, 2019: Usman and Covington clash at a Las Vegas casino, kicking off a newfound rivalry between the two. Covington later said that he was not going to press charges because he didn’t want Umsan “deported back to Nigeria,” according to MMA Fighting.

May 23, 2019: Covington takes his title belt to Trump Tower and was pictured with Donald Trump Jr.

Aug. 3, 2019: Instead of facing Usman, Covington fought against Robbie Lawler. Covington invited the Trump families out to the fight, and both Donald Trump Jr. and Eric Trump met with Covington before the fight. Covington won the match by unanimous decision.

After the fight, Covington said that Lawler should have learned from Matt Hughes, who was hospitalized after his truck was hit on the passenger side by a train at a rail crossing in 2017. “You stay off the tracks when the train is coming through, junior, doesn’t matter if it’s the Trump train or the Colby train, get out the way.”

Oct. 15, 2019: Covington starts what will become a long-running feud with LeBron James over the Lakers’ stars comments about China.

Nov. 1, 2019: During a press conference, Covington is seen wearing a MAGA hat and reading “Triggered” by Donald Trump Jr. before he later shared the link to it on Amazon.

Dec. 14, 2019: Usman hands Covington his first UFC loss, defeating him by TKO to defend the championship. After the fight, Covington ran out of the arena. On the mic, Usman said that this fight was for Brazil, as well.

Aug. 27, 2020: After NBA players decided not to play that night’s games following the shooting of Jacob Blake, Covington again took to criticizing the NBA and James, in particular.

Sept. 13, 2020: With a fight between Covington and Woodley nearing, Trump appears in a video on Covington’s Twitter account, wishing him luck and saying that he will be watching the fight.

Sept. 19, 2020: Covington has his fight against Woodley and defeats him by TKO in five rounds. After the fight, Covington received a call from Trump congratulating him on his win.

In a later interview, Covington called Black Lives Matter “a complete sham” and said they are “complete terrorists and criminals.” He called Woodley a “Marxist” and said he “stands for criminals. He hates America.” While being interviewed by Usman, who brought up the call with Trump, he made racist comments toward Usman, asking him who he received a call from before adding “Did you get a call from, freaking, your little tribe? Did they give you some smoke signals for you?”

Covington also used his platform to give a shout out to first responders and call NBA players like James and others “spineless cowards.”

Sept. 21, 2020: James responded to Covington’s comments about him and the NBA, saying that “Anybody can talk from outside but if they got into the ring or got into the arena, probably 10 times out of 10, they’d s—- their pants.”

Dec. 4, 2020: Covington claims that the “Fake News” is trying to make people believe that the election wasn’t cheated from Trump.

Oct. 28, 2021: TMZ Sports reports that Donald Trump Jr. and Eric Trump will be in attendance for Covington’s second fight against Usman.