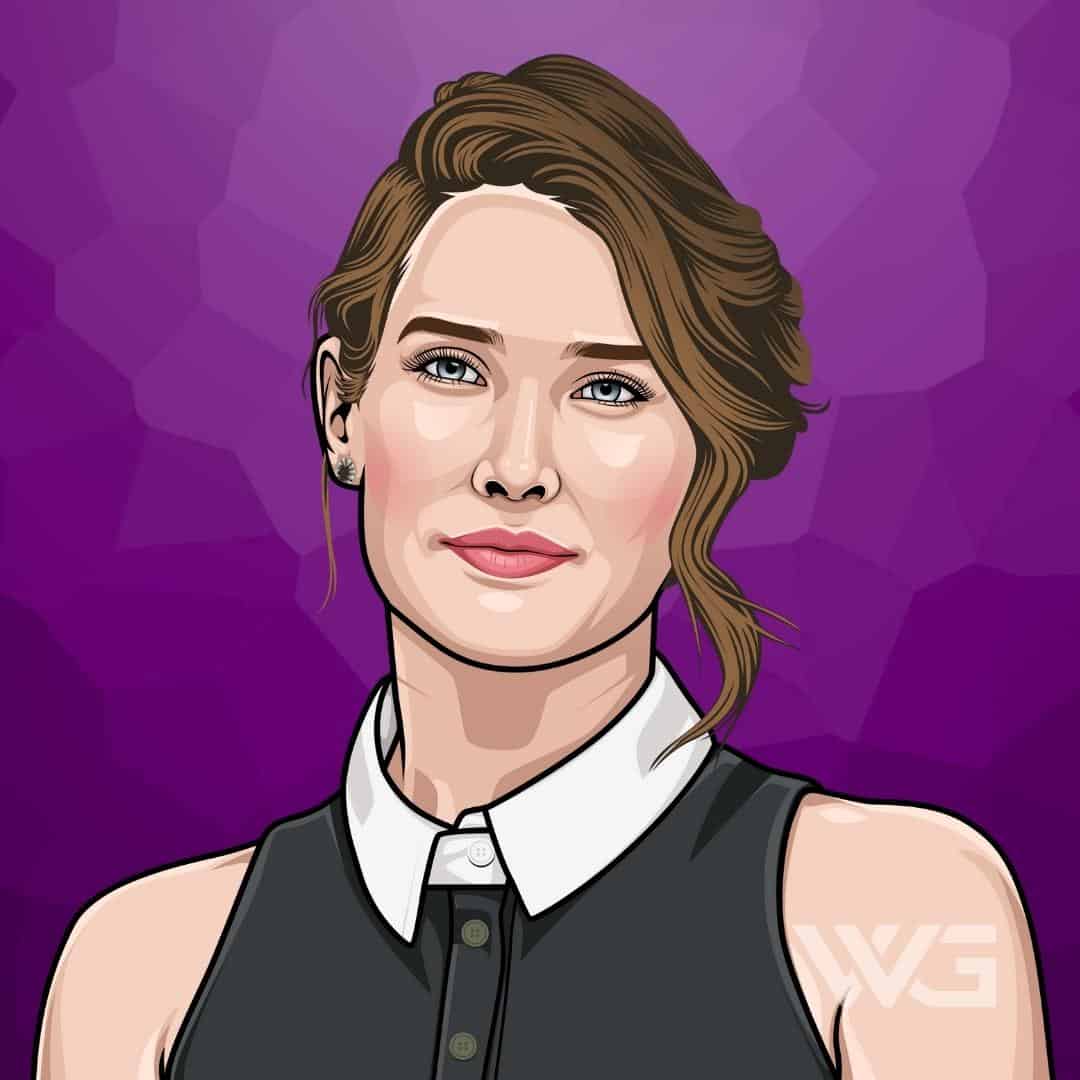 What is Cobie Smulders net worth?

Cobie Smulders is a well-known actress who has starred in many TV series and films.

Before being an actress, Cobie was a model, which she hated. She was ranked number 9 on the list of Hot 100 Women in Maxim magazine in 2011.

As of September 2022, Cobie Smulders’ net worth is estimated to be $25 Million.

Jacoba Francisca Maria “Cobie” Smulders was born on 3 April 1982, in Vancouver, British Columbia. She grew up in White Rock, British Columbia but moved to West Point Grey to attend school. Cobie was named after her great aunt from whom she picked up her nickname “Cobie”.

She was voted “Most Respected” student during her senior year. She was always athletic, participating in a variety of sports, including tennis, soccer, and swimming.

During high school, Cobie found her love for the theatre.

Being precociously attractive, she took up modeling but found that it was demeaning. It even made her think twice about pursuing acting. Cobie decided to study at the University of Victoria but the acting bug enticed her back to the theater.

Coby’s first role as an actress was a guest appearance in the Sci-Fi series, Jeremiah. Since then, she’s made multiple appearances on TV. Her first regular role was in the series “Veritas: The Quest”.

Unfortunately, “Veritas: The Quest” only aired for a single season before being pulled. Soon after the show’s cancellation, Cobie debuted in “How I Met Your Mother”. This role was the start of her move into the major leagues in acting.

“How I Met Your Mother” was a huge success, going on to win 10 Emmy Awards. The popular series had a run of 9 seasons. In June 2010, Cobie performed her famous role in “Love, Loss, and What I Wore” at the Westside Theatre.

With her sudden rise to fame, Cobie was perfect for her role in the legendary Marvel Cinematic Universe. She successfully auditioned for the part of Maria Hill in The Avengers film in 2012. Since then, she has appeared in three episodes of the series “Agents of S.H.I.E.L.D”.

Cobie has made multiple appearances in the Marvel Universe, appearing in Captain America: The Winter Soldier in 2014, Avengers: Age of Ultron in 2015,  Avengers: Infinity War in 2018, Avengers: Endgame in 2019, and Spiderman: Far From Home.

The many other films in which she has roles include Safe Haven, Delivery Man, They Came Together, The Lego Movie, The Intervention, Jack Reacher: Never Go Back, and Stumptown.

Not only did she appear in films, but also in Netflix series such as A Series of Unfortunate Events, where she played the role of the character Mother. Another Netflix series she has appeared in is Friends from College.

Her most current work sees her returning to the role of Robin Scherbatsky for the season finale of How I Met Your Mother. The show was created as a spin-off and renamed, How I Met Your Father and titled, Timing is Everything.

Cobie’s official Instagram account has more on How I met Your Father which was aired on Hulu on the 18th of January 2022.

She acted alongside many other stars, including Paul Rudd, Chriss Pratt, and Tom Cruise the ever-popular star of the Reacher series of films.

For the How I Met Your Mother series, it is believed that Cobie is paid upwards of $225,000 per episode.

Actresses like Cobie Smulders can command huge salaries as well as bonuses and endorsement deals.

This is especially true when you take into account her Marvel character and the success she’s achieved on TV.

Here’s a breakdown of Cobie Smulders annual net worth:

At the age of 25, Cobie was diagnosed with ovarian cancer. She had surgery to remove two tumors, but cancer had spread to her lymph nodes. After multiple surgeries over two years, Cobie announced that she was in remission in August 2019.

A year after announcing the remission, Cobie revealed that she had become an official American Citizen. Due to her Canadian background, she is said to have a very similar character to the part she plays in “How I Met Your Mother”. Cobie has also revealed her love for comic books. This makes perfect sense given her roles in the famous “Marvel Universe”.

Cobie had previously never handled a gun. So, to prepare her for her part in “The Avengers” movie, she hired a professional who trains the S.W.A.T teams in Los Angeles.

There has been a lot of speculation about Cobie being considered for the role of Wonder Woman. But in the meantime, she had to make do with being the voiceover actress for the Wonder Woman character in the animated film, “The Lego Movie”.

From the time she was at school, Cobie has been in the limelight. She picked up awards for her acting as well as her charitable works. And being as young as she is, there’s no doubt that there will be many more in her future.

Here are some highlights from Cobie Smulders career:

In 2021, Cobie was nominated for the Critics’ Choice Super Awards for her performance in the Best Actress in a Superhero Series category.

How Does Cobie Smulders Spend His Money?

Cobie is well known for her work as a philanthropist and a large proportion of her money goes towards supporting worthy causes.

Most of her charity work revolves around saving our world. She filmed a public service announcement with charity Oceana in 2014 to promote looking after our oceans. She has made public announcements supporting donations to multiple charities.

While not saving the planet, Cobie has invested in a luxurious lifestyle, with her Pacific Palisade home estimated to be worth at least $5.6 million.

After initially selling her investment in a Los Feliz investment property to her colleague in “How I Met Your Mother”, she then decided to buy the house back for $991 000.

While Cobie Smulders has only been around Hollywood for a short time, she’s earned herself a reputation as a hardworking, talented actress.

Time will tell if she can ascend to the dizzying heights of the stars, but for the time being, she’s doing a great job of keeping us all entertained.

Here are some of the best highlights of Cobie Smulders career:

Cobie prides herself on keeping up to date with world events and is an ardent campaigner for the causes she believes in.

She is a staunch woman’s rights campaigner and has a particular affinity for organizations that support the planet.

Here are our favorite quotes from Cobie Smulders:

Growing up in a large family with strong family values has stood Colbie Smulders in good stead to withstand the pressures of a very public life. She has managed to remain approachable, with a deep love of nature.

1. Use Your Position for Good

If you are in a position to make an impact on helping the world, use it. It doesn’t matter what the odds are, if you have power, then use it for the benefit of others.

2. Be Tenacious With Your Goals

Once you set your mind on something, never give up on achieving what you have set your mind to. Life is tough, so we have to be single-minded in our attempts to achieve our goals.

3. You Are More Powerful Than You Imagine

You can overcome anything. By using the power of your mind, you can achieve any goal you set for yourself.

Cobie Smulders has fought some tough battles in her life and has proven her ability to keep moving forward. Her strong mind and strong heart have impacted the world in many positive ways. She is a role model to young actresses everywhere.

With her nostalgic role in “How I Met Your Mother”, everyone agrees that she has a very special talent and nothing can stop this actress from achieving her dreams.

As of September 2022, Cobie Smulders’ net worth is estimated to be $25 Million.

What do you think about Cobie Smulders’ net worth? Leave a comment below.

Ruben Randall - September 24, 2022 0
Money
If you’re a gamer or a Wall Street investor, you’re probably familiar with the handle “Roaring Kitty.” You likely know about the uproar it...