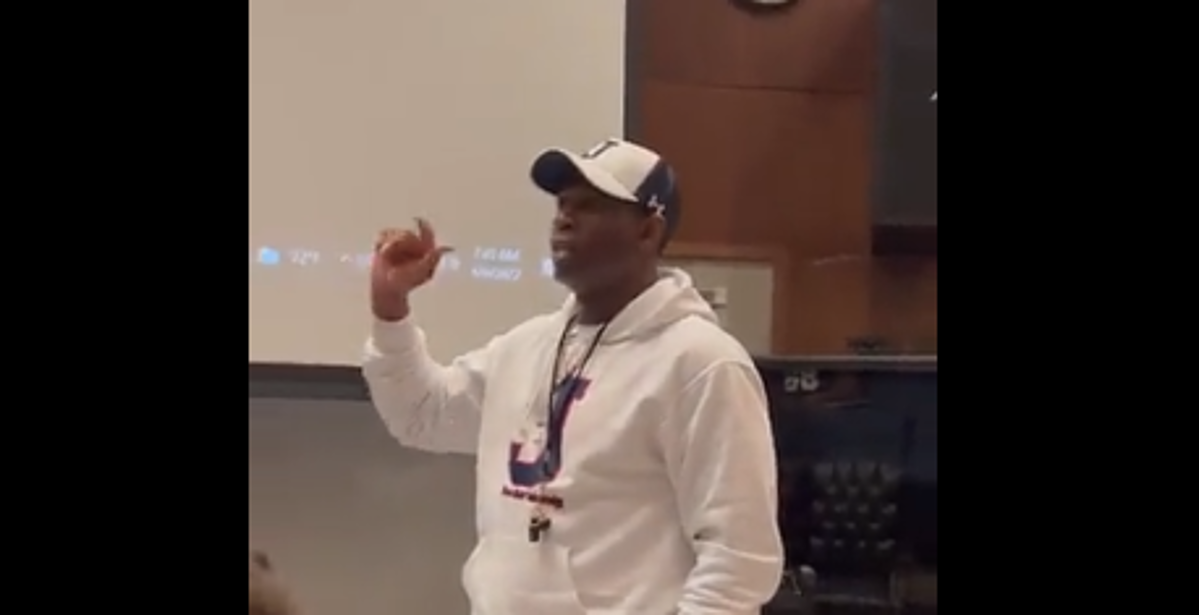 When I started college in the year 2000, the first thing that felt different about the dorm compared to living at home wasn’t the fact that I was surrounded by other students and sharing a small dorm room with someone I didn’t know yet.

Truth be told, it was the bathroom.

A public bathroom shared by 40 to 50 young males in their late teens and early twenties is all but guaranteed to be nasty.

Sanders was so passionate about the subject matter, he even shared it from his own Twitter account.

To be honest, no one who lived in Biever Hall on the campus of Loyola University of New Orleans in the year 2000 used “booty paper”. I wish they would’ve.

But coach Sanders has a point. If you’re going to use it, flush it down the toilet or throw it away when you’re done.

“Just treat the toilet like your Mama got it next.” – Deion Sanders

Wise words. I wish my dorm mates would’ve adhered to them when I was in college.

Can you spot your favorite ice cream treat on the list?

If you love Blue Bell Ice Cream and have developed a taste for more than Beaver Nuggets then this list of treat pairings will satisfy your sweet and savory tooth too.