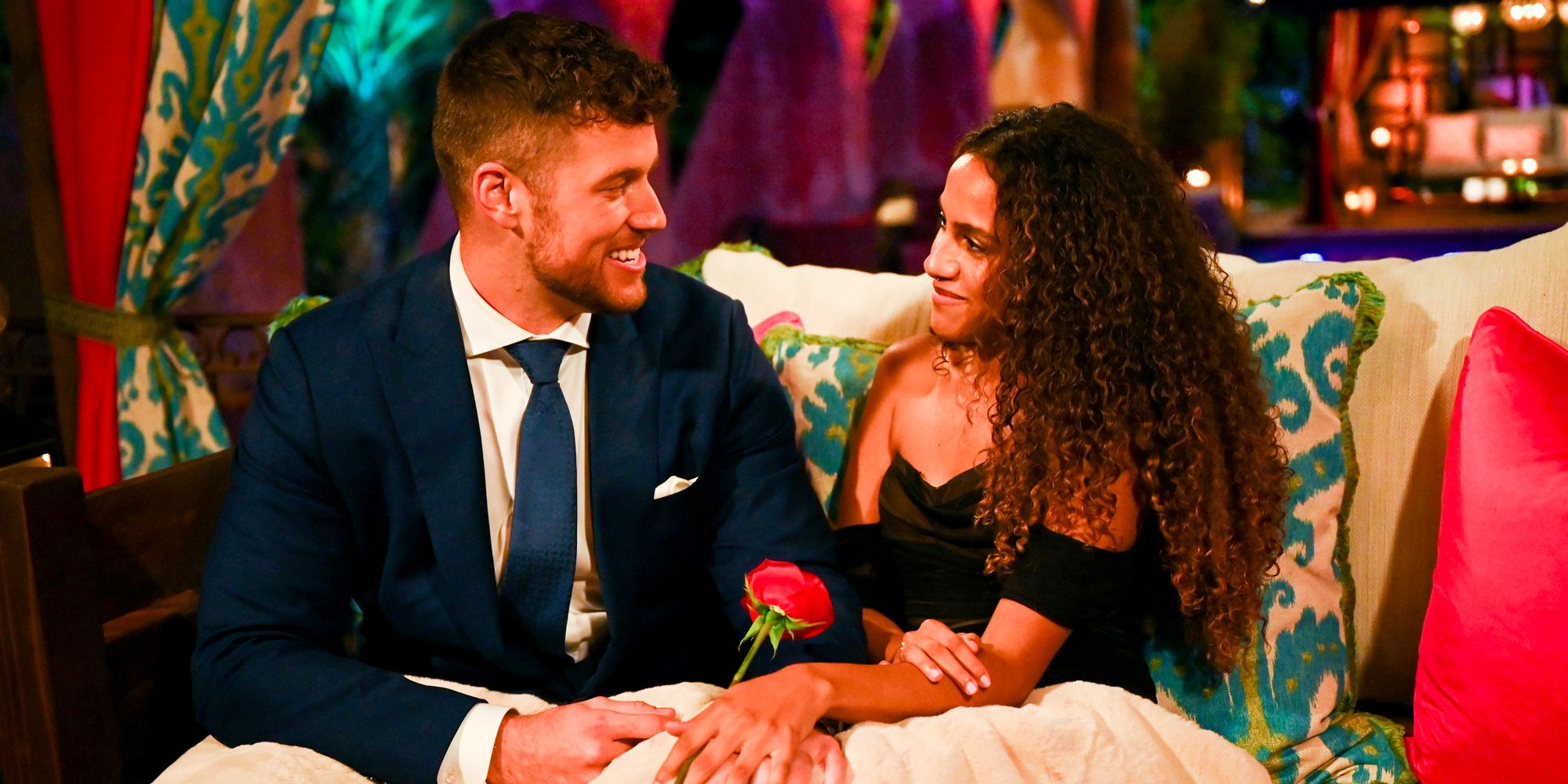 During the Bachelor’s “Women Tell All” Teddi Wright reveals that Clayton Echard’s brother slid into her DMs and Echard asks her to reveal them.

The contestants from The Bachelor season 26 all met at the “Women Tell All” to discuss their time on the show, and Teddi Wright revealed that Clayton Echard’s brother slid into her DMs after the show; Echard wants to see them. Wright and Echard started off the season with a strong connection, and Wright even gained Echard’s first impression rose. Not only did the two share a kiss on the first night, but Wright opened up to Echard and revealed that she was a virgin. The couple went on two personal dates, and Wright was expecting to make it to the hometown dates but received a shock when Gabby Windey, a contestant who became a finalist, was given a rose over her.

Wright’s departure was difficult on her as she even shared that Echard’s way of making her feel comfortable caused her to be very open with him, and she usually has a hard time expressing herself to men. Wright even mentioned that she thought that she and Echard could share a deeper intimate moment had she made it to the Fantasy Suites. Bachelor Nation was furious when Wright was eliminated from the show as they also did not expect this choice from Echard. Fans took to Twitter and left comments like, “Did I hear Clayton right??? Did he really say Gabby over Teddi???, and, “You made a big mistake of letting Teddi go Clayton.” Despite her initial reaction, Wright took to Instagram after her elimination and expressed that she found strength in her vulnerability and she was still open to love. She also wrote, “The love and confidence I found within myself will only continue to grow. “

Related:  Bachelor: Teddi Wright Reveals Which Men She Would Date On Paradise

At the “Women Tell All,” Wright was among many of the women that had moments of closure with Echard. During the episode, first-time host Jesse Palmer told Wright that he had heard that “someone in particular” had reached out to her. After some encouragement from the other contestants, Wright revealed that it was Echard’s brother who reached out to her. However, she did not reply. After the premiere of the show, Echard took to Twitter, and said, that both of his brothers were denying reaching out to Wright. After receiving criticism from fans about his tweet, Echard released another statement that said, “Let me just clarify here…I 1000% believe Teddi. There’s absolutely no way she made this up at all 😂.” ‘Sliding into DMs can be seen as a very flirtatious thing but Wright revealed to CBS 8 that the message from Echard’s brother was harmless. She said, “During the first episode, he reached out and DM’d me, and just basically said that he was excited to watch the show that night and his friends were trying to spoil it in another state.”

Both of my brothers have been vehemently denying sliding in the DMs. So Teddi, please give the people (including me) what they want and release the DMs 😂😂 #TheBachelor

Fans speculate that it is Echard’s brother Patrick who reached out to Wright as his brother Nate also made a tweet asking Wright to release the DMs. Palmer teased Wright by saying that she may have met the wrong brother, but Wright expressed that one Echard boy was good enough for her. Though Echard and Wright did not get the opportunity to develop a deeper relationship, Wright told CBS 8 that she was happy she got to see Echard and felt as though she received the closure she needed. “It was really good to see him. I think I was able to get closure on my own when I got home, but it was good to hear him also just validate our relationship and just get, maybe, that needed extra closure,” she told CBS 8. This experience, as explained in Wright’s Instagram caption, was a once-in-a-lifetime one for Wright and she is certain that she will one day make a great wife for her person.

Though Wright was eliminated from the show, she also mentioned in her Instagram caption that she is sure fans will see her again. Bachelor Nation suspects, and some hope, that Wright will be the next star of The Bachelorette, and Wright is open to the opportunity. “Whatever The Bachelor ever offers someone, I think you should take it. I do believe in this process,” she told CBS 8. Fans are still awaiting the season’s finale of The Bachelor, set to premiere on March 14, to see whether he chooses Susie Evans, Gabby Windey, or Rachel Recchia and whether he got engaged.

Shanae Harte is a freelance writer for Screen Rant. She is a recent college graduate with a BA in Journalism. During her time at college, she served as the Managing Editor of her college’s newspaper and News Director of her college’s radio department. Additionally, she has completed one internship with CUNY TV and an independent writing program with ‘Seek. Report. Truth.’

Shanae loves spending time with her loved ones and always has room for food.

How to watch MTV’s ‘Teen Mom: The Next Chapter’ episode 5...