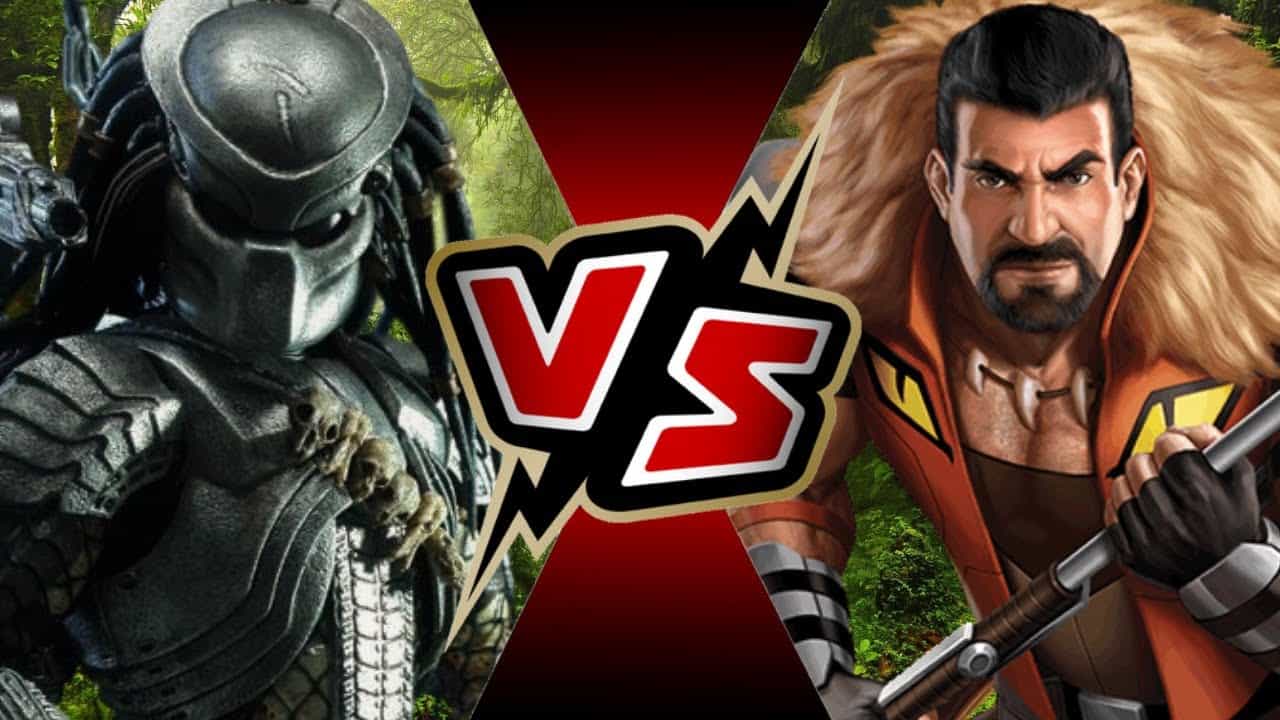 As much as people might want to argue about this, a battle between a Predator and Kraven would be a mismatch since walking into a deathmatch doesn’t really take into account what a person could with prep time. The addition of prep time means that a lot of characters would have a serious edge in a battle, as it’s been established more than once. Being one of the greatest hunters in the Marvel Universe, Kraven would no doubt be able to hold his own with the Predator if given time to prep and of course, if he were to be given information on the alien. But in a deathmatch, prep time is kind of like a handicap in golf, and in this instance, it’s usually better to see what each combatant can do on their own, especially when they need to improvise. It does feel as though Kraven would make a great effort when it comes to hunting the Predator on his own. But even with Vibranium weapons one has to admit that he’s a little outmatched in this fight, no matter that he’s taken heavy hits from the likes of Spider-Man.

The thing about the Predator is that one has to define which type of Predator is going after Kraven, since if it’s an Elder Predator then it doesn’t feel likely that Kraven will be making his way back to civilization. If it’s a regular, younger Predator that is hunting Kraven, he might have a chance if he learns quickly. One has to remember that Arnold Schwarzenegger’s character in the movie and his men did manage to wound and even trick the creature, but it didn’t help much. The biggest tools that Kraven would have going for him would be his intelligence and the ability to realize when he’s being watched. Apart from that, if a Predator is in stealth mode they’re nearly impossible to see, and Kraven doesn’t have Spider-sense like his favorite prey, so his heat signature would be a dead giveaway, and a shot from a distance would take him out before the fight even started. One might ask why the Predator wouldn’t come down and fight one on one, but the creature has proven to be capable of mixing it up.

If they did go hand to hand, Kraven might have a little bit of an advantage since he is incredibly strong and is a skilled fighter, but it does feel as though the Predator would still be the victor, perhaps after a tough fight, but without a change in the ending. While Kraven might be a big and strong individual, people need to remember that the Predator in the initial movie held Dutch up, by the throat like he was holding a child, and then dropped him. That’s a lot of weight to be hefting up in that manner, and the fact that one of Dutch’s punches did nothing to the Predator makes it clear that Kraven’s best hit might rock the creature, but not that much. Then some want to state that Batman tanked one of these creatures, but they might miss the point that Batman had to have technological help.

There are quite a few arguments out there that state how Kraven would turn this into a serious fight, but one has to wonder if the Predator would take him seriously, or if it would simply eliminate him and be done with it. That’s a pretty good question to ask since there have been moments in the movies when the Predator that’s being focused on has lashed out and killed everyone within the immediate vicinity, and then there are times when the creature has appeared to be less than impressed. It’s fair to think that the Predator might see Kraven as a worthy hunter and someone that might pose a challenge, but at the same time, a single plasma blast placed in the correct spot and Kraven’s an afterthought. Fans might not want to hear this, but even the Predator knows how to be practical at times. Sometimes eliminating the greatest danger from afar isn’t a breach of honor, it’s a practical decision to take care of a perceived danger before moving on to bigger and better game.

At the end of the day this fight feels like one that wouldn’t be quite as even as a lot of people want to think, especially since despite his skills and his strength, Kraven is human, and he carries the same condition as most humans that Predator runs across, he’s vulnerable. It wouldn’t even matter if he had superior, vibranium weapons, Kraven would be susceptible to the Predator’s stealth attack and superior weaponry. Hand to hand might be a better fight, but Kraven would still find himself lacking, and his skull would end up in someone else’s trophy case.

Interview: Gstaad Guy – The Apple Employee Living A Double-Life As The Creator Star...

From Doctor Strange in the Multiverse of Madness to The Big...

Ruben Randall - May 7, 2022 0
Celebrity
Illustration: Lalalimola/The GuardianGoing out: Cinema Doctor Strange in the Multiverse of MadnessOut nowThe kookiest subdivision of the Marvel Cinematic Universe is back,...

From Thar to Jhund, top 5 films to hit OTTs this...