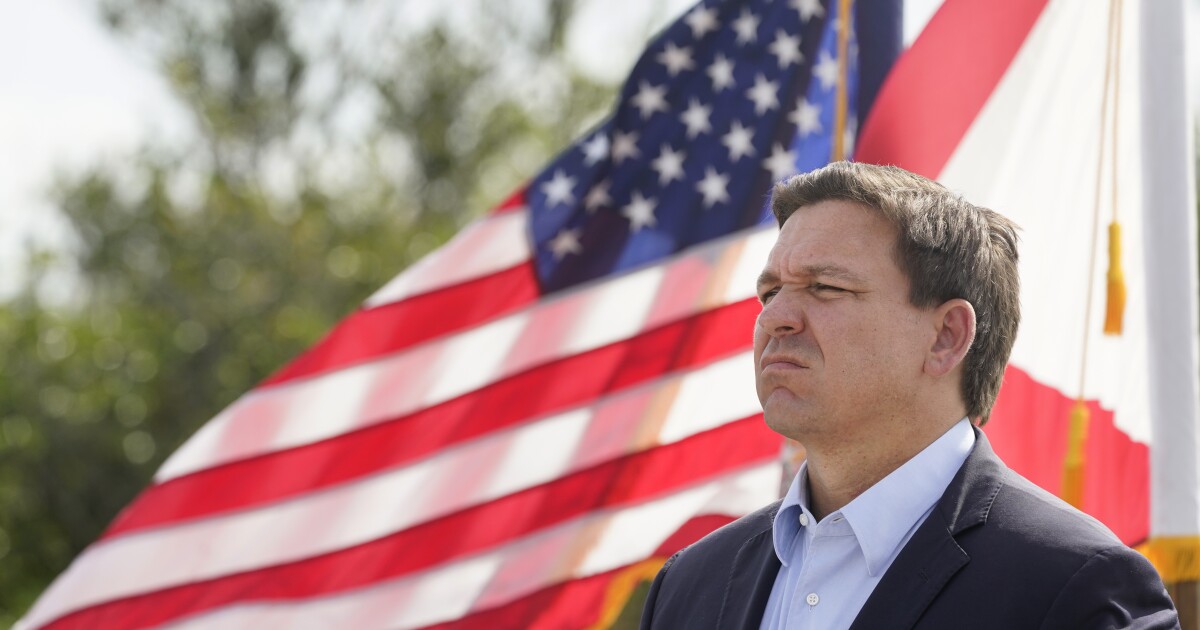 Gov. Ron DeSantis has filed his financial disclosure to Florida’s Division of Elections. DeSantis values his net worth at $318,987, offset by $21,284 in unpaid student loans. That makes him a successful member of the middle class. It is small change compared to political plutocrats such as Bill and Hillary Clinton or Jared Kushner and Ivanka Trump. Even Sen. Bernie Sanders (I-VT) must wonder how Citizen Ron makes it to the end of the month.

George Orwell once said two people could not be friends in a democracy if one earns four times as much as the other. That might be true in the societies of the Old World, where class differences are reflected in accents and manners. But American society was founded by yeoman farmers, so the rich must affect earthy habits and speech when they aspire to office. Ronald Reagan, Bill Clinton, and Donald Trump played their roles with gusto. George H.W. Bush, Barack Obama, and Hillary Clinton failed to stay in character, but George W. Bush gave a convincing impersonation of a simpleton from a John Steinbeck novel. President Joe Biden delivers a risible impression of a union fixer, also from a Steinbeck novel.

If he wins the Republican nomination for 2024, DeSantis could become the first middle-class president since Richard Nixon. I exempt Jimmy Carter, because a Southern gentleman whose family kept its land is an aristocrat by another name, and Gerald Ford, who may have been middle class but wasn’t a real president. I also exempt Biden. He was middle class long ago, but he has thoroughly depraved himself through five decades of public service.

You cannot have a democratic republic without a large and secure middle class, and it cannot hurt to have a president with recent experience in the cheap seats. Aristotle, in Politics, wrote, “The best political community is formed by citizens of the middle class.” The middle class is secure in its property and pays taxes. As Socrates would have put it, those in the middle class have skin in the game. It was the pragmatism of Aristotle’s Politics that the founders had in mind when they wrote the Constitution, not the control-freak fantasy land of Plato’s Republic. But Plato is what we’re getting.

The Aristotelian American middle classes are shrinking by all and any measures. Yet, simultaneously, the power and budgets of the Platonic permanent bureaucracy are growing. The Athenian philosophers recognized this as the conundrum of the chicken and the egg, leading to the scrambling of democratic priorities. The tougher life gets for the citizens of the middle class, the more they seek safe berths in the bureaucracy for their children. The wider the gap between the elites and the governed, the more the bureaucracy sees its task as keeping the angry masses in order. And so on and downward, as Plato said, from oligarchy to anarchy and tyranny.

In The Dying Citizen, which came out last year, Victor Davis Hanson defined the “fundamentals of traditional middle-class citizenship” as a “perceived ability to marry, raise children, own a home, and plot an autonomous course to have control of their own financial destinies.” These fundamentals are slipping beyond young people, especially in the cities. The young, Hanson said, are becoming “contemporary peasants,” living in an upgraded, degraded version of the old tribalism.

Hanson really is a yeoman farmer. He also teaches classics at California State University, Fresno. The new tribalism, he wrote, is identity politics. People have never been so racially diverse and intermingled or tolerant of sexual variety. Yet an entire generation has been raised on the premise that people should not be equal before the law and that the bureaucracy should reward or punish them for skin color, ethnicity, or, for the more imaginative, gender identification. Legality aside, this winner-take-all system radicalizes both winners and losers. Hence the Trump presidency, the revenge of the citizens. Hence the abuse of bureaucratic power and journalistic principle that followed. Thus the rage of the Republican base, the lawlessness of the Democratic Left, and the all-around collapse in civility.

Electing a citizen president like DeSantis would only be the beginning of a long struggle to restore the conditions in which citizenship can flourish. The Romans, Hanson wrote, identified a “strange paradox of material progress and moral regress” as their republic fell apart. Its symptoms included the decline of the rural middle class and the traditional Roman family and the growth of a hedonistic urban population with better things to do than have children. America, meet the pajama boys and barista spinsters of ancient Rome.

Ruben Randall - November 18, 2022 0
Money
Jack Nicholson is an American-born actor best known for his roles in Chinatown, As Good As it Gets, and The Departed. Since starting his...