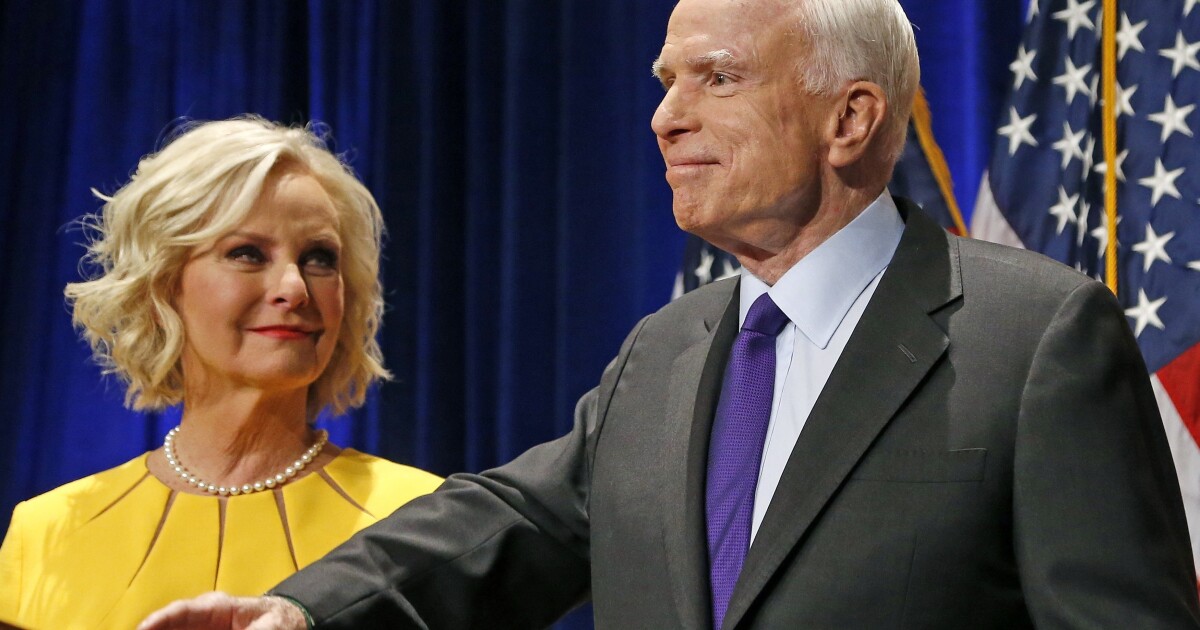 Late former senator, veteran, and presidential candidate John McCain’s widow, Cindy McCain, said Monday that her husband would be “screaming at the top of his lungs” about Russia’s invasion of Ukraine, according to a report.

McCain, the U.S. ambassador to the U.N. Agencies for Food and Agriculture, added that John “was right” about Russian President Vladimir Putin and that the world “could sure use his voice right now.”

NBC’s Ken Dilanian reported the statements from McCain on Twitter.

Cindy McCain, the U.S. ambassador to the UN Agencies for Food and Agriculture, tells @JoshNBCNews that Sen. McCain would be “screaming at the top of his lungs” about Russia’s war – that he “was right” about Putin. She says the world “could sure use his voice right now.”

ZELENSKY OVERCOME WITH EMOTION AS HE VISITS HORROR AT BUCHA

Last week, Palin announced her campaign for Alaska’s only seat in the House of Representatives. If elected, she will replace the late Rep. Don Young, who passed away last month. Young was the longest-serving Republican in the House.

The campaign has been a success, with Palin already receiving the coveted endorsement of former President Donald Trump.

“Sarah shocked many when she endorsed me very early in 2016, and we won big. Now, it’s my turn!” he said in a statement. “Sarah Palin is tough and smart and will never back down, and I am proud to give her my Complete and Total Endorsement, and encourage all Republicans to unite behind this wonderful person and her campaign to put America First!”

CLICK HERE TO READ MORE FROM THE WASHINGTON EXAMINER