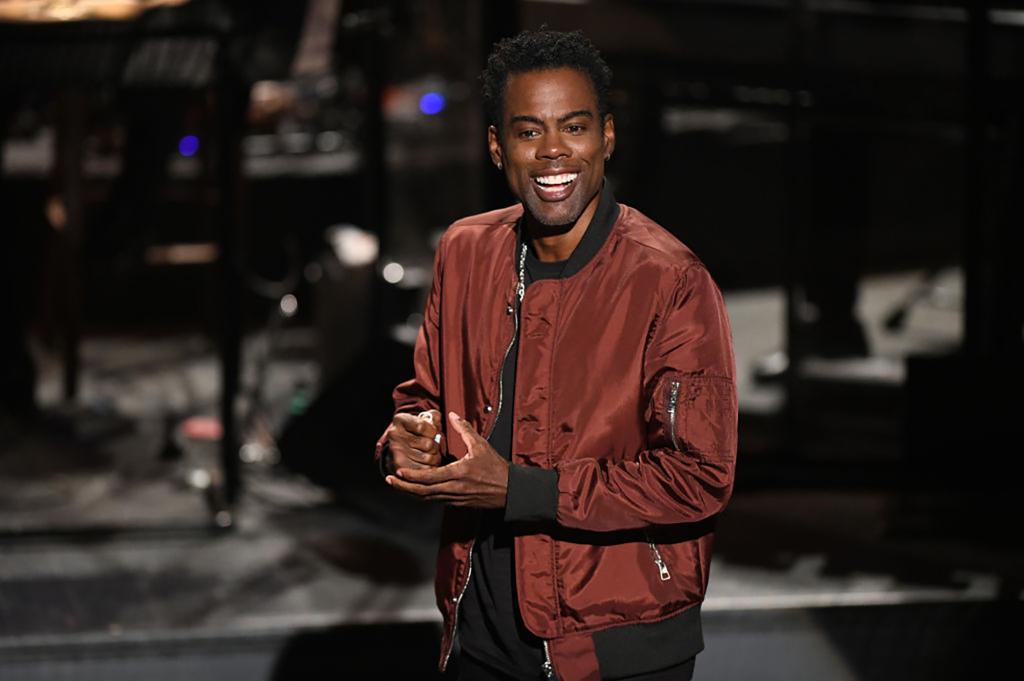 Chris Rock has finally broken his silence regarding the slap heard around the world: “Yeah, that s – – t hurt, motherf – – ker — but I shook that s – – t off and went to work the next day.”

After remaining mostly silent for months, the comedian-actor addressed getting smacked by Will Smith at the 2022 Academy Awards while headlining stand-up shows in New York and New Jersey over the weekend.

“Anyone who says ‘words hurt’ has never been punched in the face,” Rock, 57, declared while performing alongside Kevin Hart and Dave Chappelle at Madison Square Garden Saturday, ET Online reported.

Also during the event, Hart brought a live goat onstage and introduced it as “Will Smith.”

Rock elaborated during his set the following day at PNC Bank Arts Center in Holmdel, New Jersey, during a bit in which he riffed about people being overly sensitive, Us Magazine reported. “I’m not a victim, motherf – – ker,” the “Grown Ups” star declared. “I don’t go to the hospital for a paper cut.”

This marked the first time that Rock had addressed the incident, which occurred at the 2022 Oscars in March, when Smith, who would go on to win Best Actor for “King Richard” later in the evening, smacked Rock after the comedian made a bald wisecrack about his wife, Jada Pinkett Smith, who suffers from alopecia.

Rock had previously remained largely mum on the Best Smacktor fiasco, only referencing it briefly onstage over the past couple months.

“I’m OK, if anybody was wondering,” Rock said during a show in May at the UK’s Royal Albert Hall, according to the Times of London. “I got most of my hearing back.”

He added that he still wouldn’t be talking about the altercation between him and Smith, 53.

“People expect me to talk about the bulls – – t. I’m not going to talk about it right now. I’ll get to it eventually — on Netflix,” he said with a laugh. 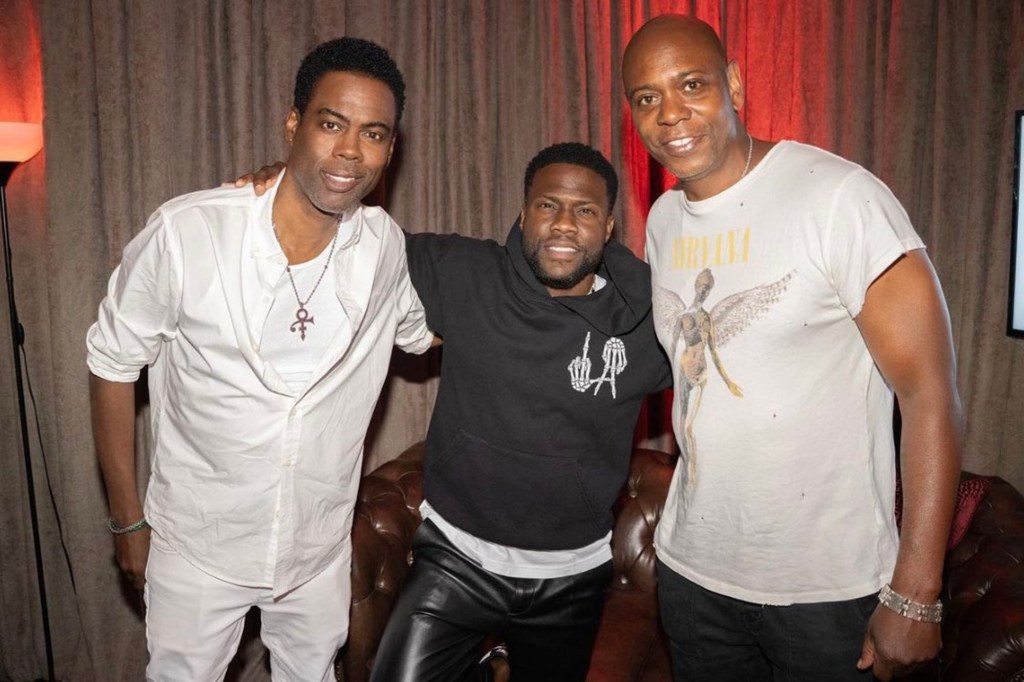 “Anyone who says ‘words’ hurt has never been punched in the face,” Rock (left) declared.Twitter/Kevin Hart

The comedian previously stated that he wouldn’t be talking about the slap until he sees a check with his name on it: “I’m OK. I have a whole show, and I’m not talking about that until I get paid,” he told his audience during a comedy set at Fantasy Springs Resort Casino in Indio, California, last month.

However, just a week before his casino appearance, the “Everybody Hates Chris” creator said to fans during a surprise visit to the Comedy Cellar in New York City, “Lower your expectations. I’m not going to address that s – – t.” 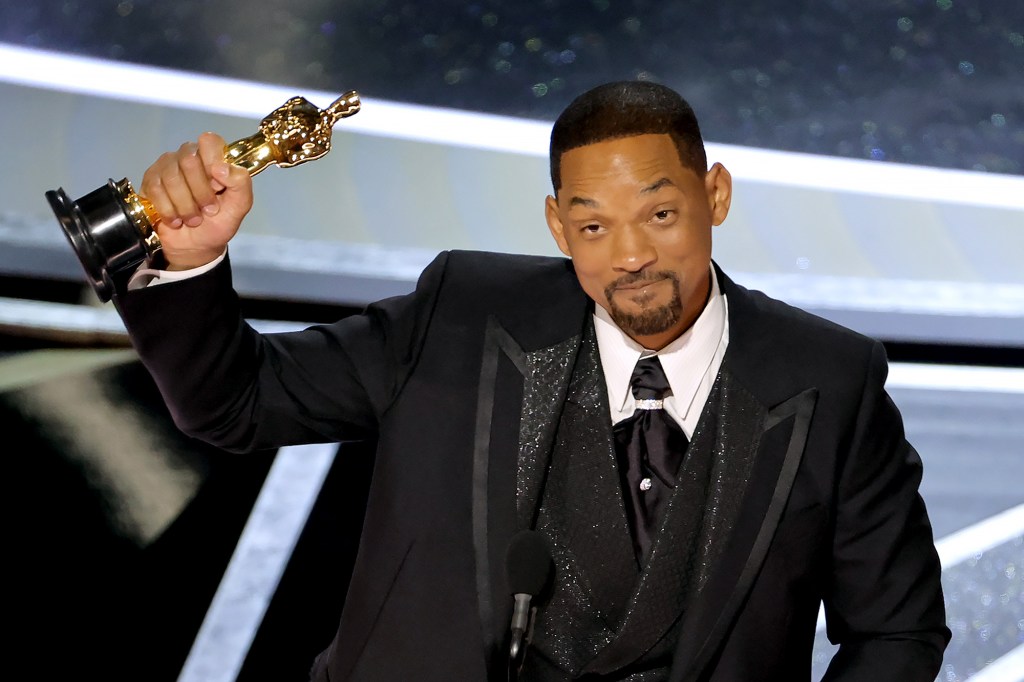 Will Smith accepts the Best Actor award for “King Richard” onstage during the 94th annual Academy Awards at the Dolby Theatre on March 27, 2022 in Hollywood, California. Getty Images

Smith, meanwhile, has remained silent on the subject, although comedian and friend Kevin Hart told “Entertainment Tonight” last night that the “Ali” actor is in a better place since the incident.

“Will is apologetic, you know, he’s in a better space, of course, than what he was after,” the comedian said. “People are human and as humans sometimes we make mistakes.”

He added, “So it’s not about talking about the past, it’s about acknowledging the present and doing your best to move forward.” 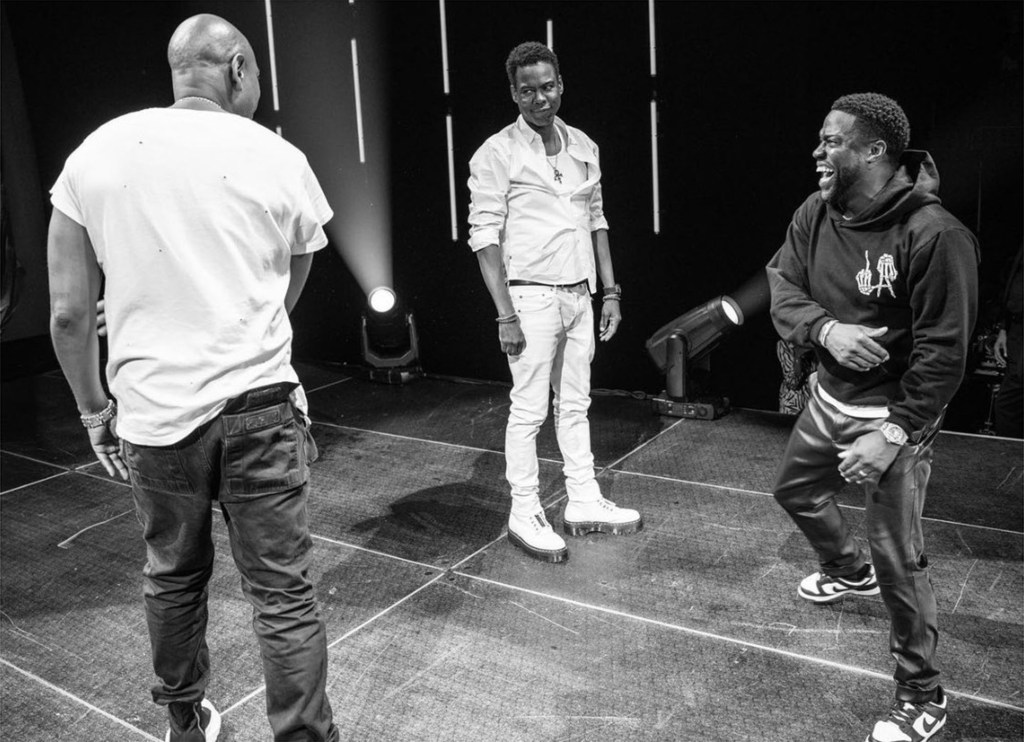 Olivia Cooke Now Has WikiFeet’s ‘Feet of the Day’ Thanks to That ‘House of...