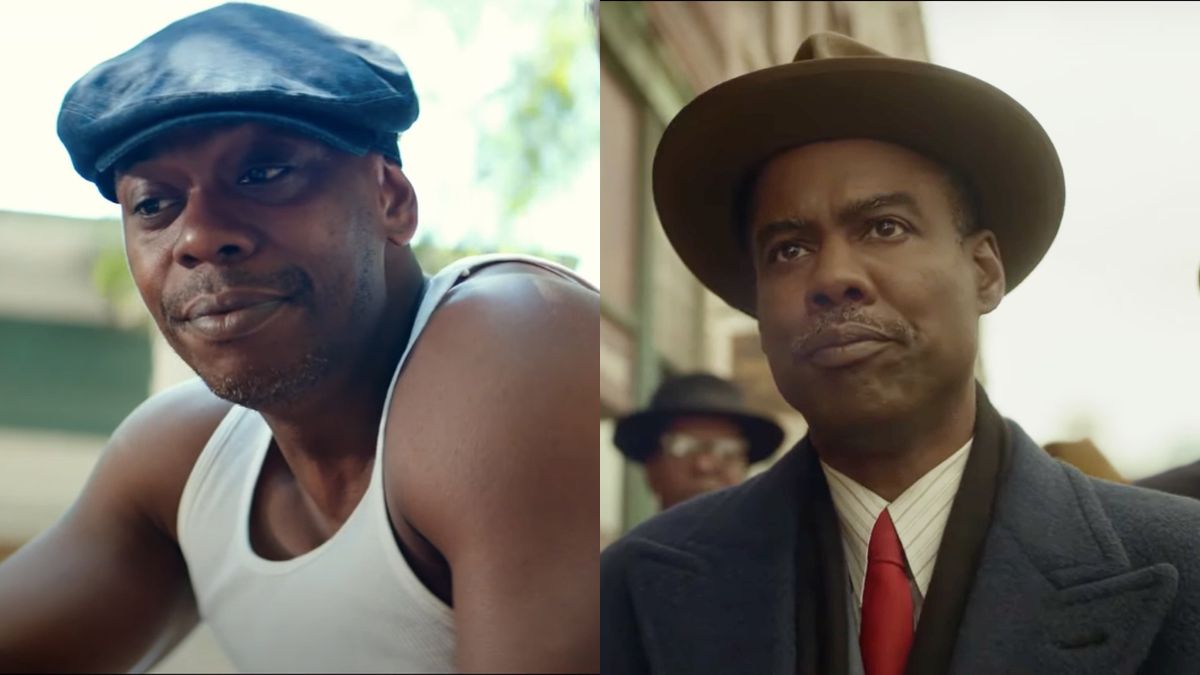 Chris Rock and Dave Chappelle have something in common when it comes to recent events: they’ve both been bum rushed on stage. For Rock, the infamous Oscar slap from Will Smith is still a subject of much discussion. The same could be said for Chappelle’s recent attack during a stand up show, which lead the two men to have a laugh at the expense of Smith’s actions.

Well, it looks like both incidents were mined for some additional humor, as both men riffed about their recent altercations. It sounds like Chris Rock is getting more comfortable talking about his incident, as seen in this latest gag reported by Yahoo. During a recent set by Dave Chappelle at The Comedy Store, Chris dropped in as a surprise guest, and Chappelle opened a dialogue with the following attack-related commentary:

“Smacked” might not be the best term for Dave Chappelle physically getting slammed on stage by his assailant. With further reports also indicating the presence of a fake gun and a very real knife, the attack could have been more serious than it turned out to be. Still, Chappelle is in good spirits about what’s come to pass, which may have inspired Chris Rock to move past mere offhanded comments about that infamous Oscar night.

Rock’s half of this back and forth might be considered the hardest he’s gone when it comes to addressing his Will Smith slap. Officially, Chris Rock might still be holding out to really go deep about the entire matter. However, during Dave Chappelle’s set, he contributed the following one-liner:

See also  What is Dave Chappelle's Net Worth

There’s certainly been plenty of room for other comedians and figures of note to discuss these attacks. Kevin Hart’s remarks on the matter are a prime example of that taking place in the aftermath of Dave Chappelle’s tackling. Not to mention, Chris Rock’s family has also spoken out on his debacle, with Rock’s mother in particular being hurt by what transpired.

Comparatively, it looks like Chappelle has risen to speaking about what happened more quickly than Rock has; but comparing the circumstances surrounding the event and its fallout, you can kind of see why. At this point, you could basically book these two comedians on their own comedy tour, and any promoter worth their salt is probably thinking about it.

Whether they meant to or not, Dave Chappelle and Chris Rock have been linked by the common thread of being attacked during live, public performances. How, or if, this will further open the discussion of such events is yet to be seen. Knowing the personalities of both Chappelle and Rock, it looks like the fun has only just begun.

An Iconic Arnold Schwarzenegger Movie Is Leaving Netflix, Stream It Before Its Gone

Ruben Randall - January 18, 2023 0
Money
Every year, Netflix does this thing to lay out its upcoming 12 months’ worth of films. It’s like this massive flex, where the streamer...

Is ‘The Blacklist’ Criminal Raymond Reddington Worth More Than Another TV...

The collective net worth of Ruto Cabinet nominees vetted so far