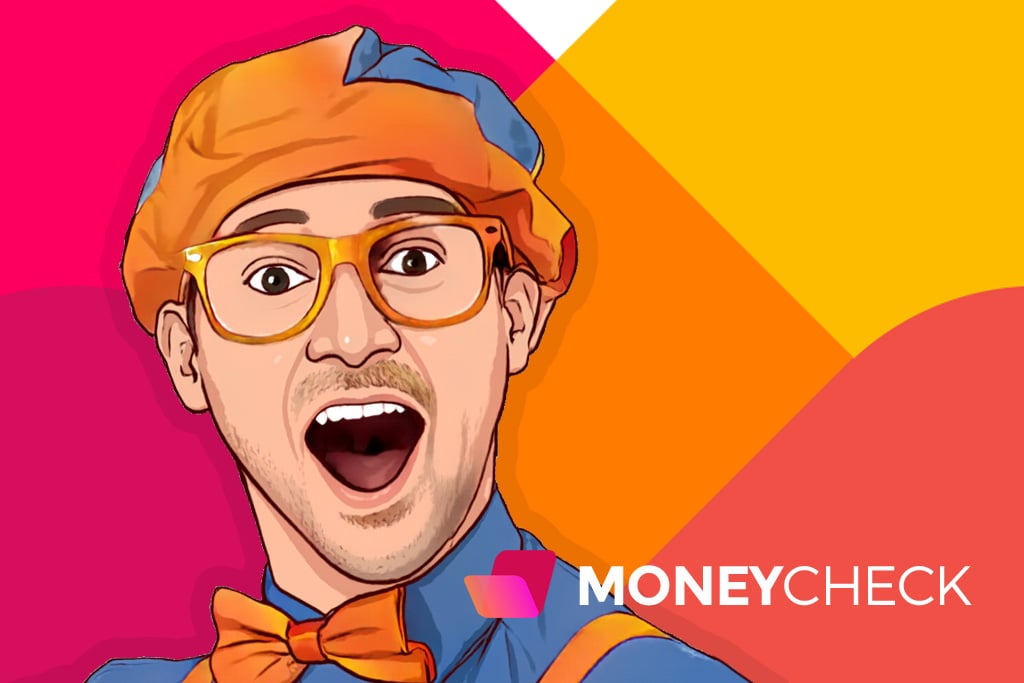 I wouldn’t consider myself a full-blown expert at anything, but I know a heck of a lot about a lot of stuff. If I can give children positive emotions on getting excited to learn about stuff, then from there I’ve done my job. – Blippi.

Do you have kids? They probably enjoy watching their favorite YouTubers and YouTube channels for a dose of fun during the day.

Blippi is one of the most successful YouTubers on the platform, with a net worth of $ 75 million.

Blippi is an American children’s educator and entertainer, with his biggest platform being YouTube. You can catch his shows on other online platforms like Hulu and Amazon video, and he has a collection of shows on Netflix.

Originally, Blippi planned on serving in the United States Air Force. His tenure in the 4th Airlift Squadron as a loadmaster for the C-17 series cargo plane went out the window after discovering his passion for children’s entertainment and making YouTube content.

Today, he’s one of the biggest names in kids’ entertainment, along with other successful YouTube channels, like Cocomelon.

Blippi, also known as Stevin John, started his career as a kids entertainer after completing his military service. After his stint in the military, Stevin returned to his hometown of Ellensburg, receiving an honorable discharge from the Air Force.

During his time back home, he stayed with his family as he figured out what to do with his life after ending his military career. Stevin would spend time hanging out with his nephews during the day while their parents went to work.

Stevin enjoyed spending time with his nephew, and the two would watch kid’s shows together in the mornings and afternoons to pass the time. While watching TV with the two-year-old, Stevin noticed that the vast majority of kids’ shows on YouTube were of poor quality, adding little value to the kid’s entertainment experience. Stevin realized his calling and mission after finishing his military career in a light-bulb moment.

Stevin went out on a limb, taking a small loan from his family to start his ‘Blippi’ YouTube channel. He launched the Blippi channel in 2014, with Stevin starring as the lead character ‘Blippi.’ He dressed in bright clothing, performing dances on his channel for kids.

The first video launched on January 27th, 2014, to huge acclaim from the youth entertainment market. Stevin experienced a rapid rise to fame, with his channel seeing huge growth in the first few years. The Blippi channel targets kids under 7 years old, with his educational entertainment brand appealing to youngsters across America and around the world.

Blippi has an energetic presence on screen, portraying a childlike, curious, and enthusiastic persona to his audience. He’s well-known for his brightly-colored dress code, featuring a bright blue shirt, blue and orange beanie cap, suspenders, and bow tie.

Stevin John, aka ‘Blippi,’ was born in Las Vegas on May 27th, 1988. His family moved to Ellensburg, Washington, during his formative years, with John recalling the fond memories of his youth surrounded by horses, cows, and tractors on the family farm.

While growing up, Stevin recalls his dreams of becoming a d limo driver and a fighter pilot after watching the movie ‘Top Gun,’ starring Tom Cruise as the legendary ‘Maverick.’ This passion for planes led him to a career in the air force.

Blippi – From Airman to YouTuber

With a passion for planes, Stevin joined the air force. However, his grades at school meant he wasn’t eligible to join the pilot program. Feeling defeated, he decided to turn his attention to other areas of the air force where he could work on planes and get into the air.

As a result, Stevin joined the 4th Nuclear Airlift Squadron for C-17 cargo planes, working his way up to the post of ‘Loadmaster.’ As loadmaster, Stevin was responsible for evenly distributing the load carried by aircraft to prevent one side from being heavier than the other.

Stevin served his term in the military before being discharged and moving back to Ellensburg. After brainstorming the idea for his ‘Blippi’ channel, Stevin launched his first video, and his career as a YouTuber started to take off.

During his show’s early days, Stevin would do all the filming and editing himself. His channel was an instant success, and after reaching the billion views mark, he hired a team to take care of the production and post-production work on his channel.

The channel grew rapidly, and Stevin saw the opportunity to capture the global market with his content, producing his videos in Spanish and English and catering to a wider audience. Moonbug Entertainment decided to acquire the Blippi channel in 2020, assisting with translating his content into French, German, Hebrew, Italian, and many other languages. The result was a massive adoption of the Blippi channel by the global youth market.

With the Blippi channel reaching new heights of success, Stevin took his business to the next level by starting ‘Blippi Toys.’ Today, Stevin earns revenue through his content, DVD sales, and merchandise/ toy sales.

The range of merch and toys includes books, clothing items, and toys, catering specifically to the youth market. His best-selling toy, ‘My Buddy Blippi,’ is a plushie that recites Blippi’s well-known catchphrases, and it was a huge hit with kids around the globe.

Stevin kept re-investing profits into his channel and business, eventually amassing a fortune in excess of $ 75 million in 2022.

Blippi – Claim to Fame and Secret to Success

In an interview, Stevin John claims his secret to success comes from his ability to think like a kid. He states that kids don’t worry about the specifics of something. They just do it and figure out the details as they go along.

He states that the time he spent with his 2-year-old nephew after returning from military service helped him identify the gap in the kid’s entertainment market on YouTube. With his idea of producing high-quality kid’s entertainment for free on YouTube, he set about the task of making it happen.

Stevin states he felt slightly idiotic during his first few Blippi shows. However, the encouragement he received from his family and nephew kept him pushing forward with the project. Stevin claims most people are braver than they realize and capable of making their dreams come true, providing they have the persistence to keep pushing through the early teething phase of their projects.

Stevin believes in adopting a positive mindset in everything he does. He prefers to see ‘problems’ as ‘challenges,’ and he thinks there’s nothing he can’t achieve with the right mindset and the right people surrounding him.

Stevin lives in Las Vegas, Nevada, with his long-time girlfriend, Alyssa Ingham. There’s little information on how the couple met and what they do with their time together. However, the relationship is ongoing, lasting several years.

The couple frequently post images and videos of their private life on Instagram, but they don’t use any other social media platforms to display their personal life. The couple lives in a large home in Las Vegas with their two dogs, Lily and Lyno, and they are yet to have children.

His career experienced controversy in 2019. An impersonator announced a ‘Blippi Tour,’ fleecing the Blippi audience for expensive tickets. However, the impersonator had to refund the buyers all ticket fees after being caught by the Blippi management team.

With an estimated $75 million in earnings from his YouTube subscribers and toy business, Blippi is one of the highest-paid YouTube stars in the world. He was in the ninth position for the top-paid YouTubers in 2020, surpassing Jeffree Star and David Dobrik.

His net worth comes from several revenue streams, with Stevin earning more than $18 million from royalties and media licensing deals in 2021 alone. Stevin also has sponsorship deals with several leading brands and toy companies.

His most successful Blippi video to date is ‘Blippi learns about jungle animals,’ which has 881 million views as of Q4 2022. With these kinds of numbers, Stevin earned close to $7 million in ad revenue from this video alone.

The post ‘Videos for Toddlers with Blippi| Learn Colors and Numbers’ shows over 411 million views, earning around $3.5 million in advertising revenue. His other global-language content channels, such as Blippi Arabic, Blippi Española, and others, also provide the YouTuber with consistent income.

The Spanish version of his channel earns up to $15,000 daily, receiving close to 7 million average video views per post. Blippi fans also have the chance to purchase his collection of videos and DVDs from Amazon. His content is also available on Hulu through an exclusive licensing deal with the platform. Hulu charges viewers a $5.99 subscription per month to watch his content on the platform.

The Blippi DVDs are hot-sellers on Amazon, maintaining a consistent position in Amazon’s top 100. Parents can buy the Blippi videos for a cost of $1.99 per episode or $59.99 per complete season. Stevin is negotiating with Netflix for a Blippi series, and this contract could add several million more to his net worth when finalized.

Blippi also earns through concert tours, with his ‘Blippi The Musical’ North American tour kicking off in Charleston, United States, in the summer of 2021. The tour relies on ticket and merch sales to add to the revenue, with popular merch items being shoes, berets, pillows, and toys. Kids also have the opportunity to purchase Blippi’s signature bow tie and beanie, as well as Blippi’s action figurines.

Blippi sells his merch through Amazon and Walmart, with products ranging in price between $3.99 to $19.99.

Blippi is one of the most popular kids’ channels on YouTube. However, he sits behind the behemoth channel ‘Cocomelon’ (with 143 million subscribers on its nursery rhymes channel alone) as the platform’s top destination for kids’ content.

The deal pushes Cocomelon and Blippi into the position of being the most successful kid’s content creators on the planet, with expected annual revenues from the channels being in excess of $160 million.

Blippi on being creative and decision making

Orange is fun and creative. Green was another good one, but I understood that in the future, I was probably going to shoot a green screen with a large company, and I didn’t want to be the burden to have them paint it blue. I ruled it out.

Blippi on Processes and Believing in Yourself

I just loved seeing the process of how something is made from the beginning to the end. It’s something I try to tie into my videos. I love trying to get [kids] excited that they’re actually learning something.

Blippi on Being Fearless

Fear is a response. It’s a decision to have courage.

The Batman 2 Writer Reportedly Eyeing House of the Dragon Star...

Ruben Randall - August 27, 2022 0
Actress
The current era of DC characters is evolving and sometimes we have other versions of the same characters happening in parallel across different franchises....

The Truth About Madison LeCroy And Her Husband’s Combined Net Worth...