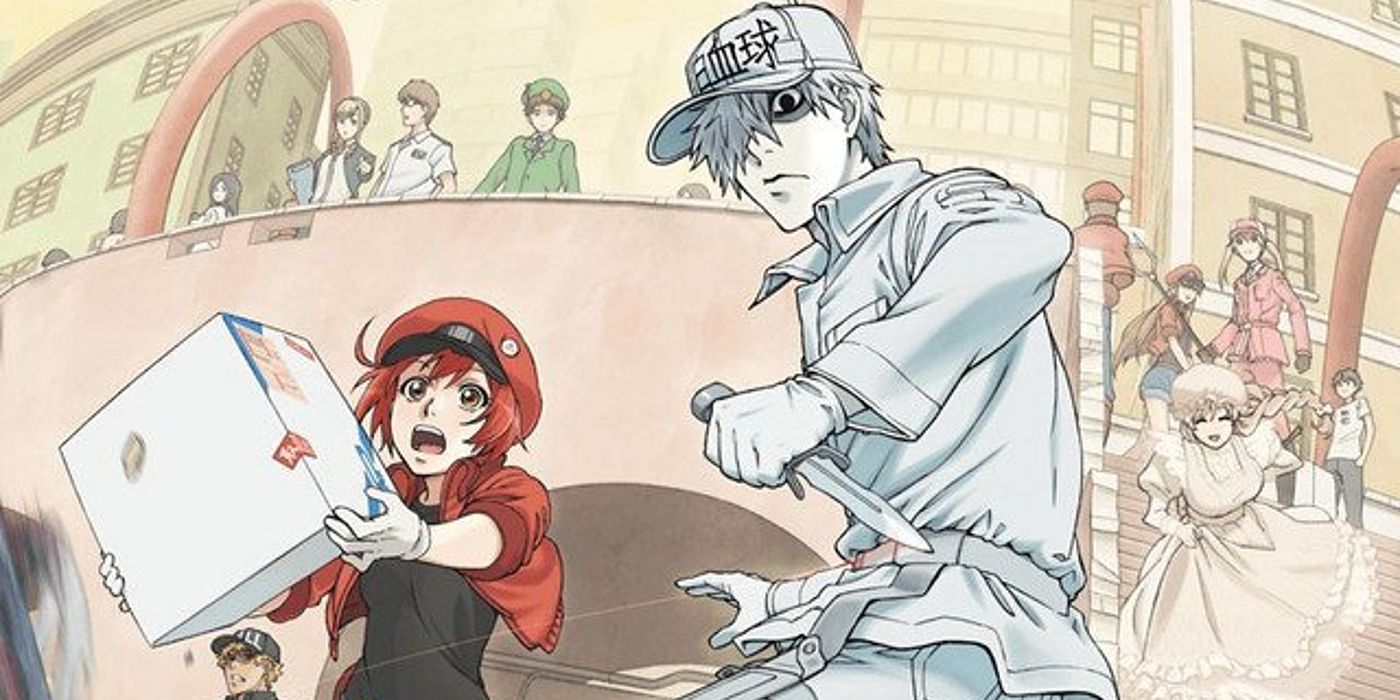 Cells at Work is an entertaining anime that explores the human body, but doctors online have shown on YouTube that the show’s not far from reality!

Real doctors are giving the thumbs-up to hit anime Cells at Work on YouTube for its biological accuracy. YouTube has been experiencing a trend for the past few years in which doctors examine medical scenes in popular media and discuss how it compares to real-world procedures. These content creators that include personalities like ER Doctor and Doctor Mike have looked into shows like Family Guy and the long-running series The Simpsons to show viewers how the medical world works in a fun way. There are hundreds of videos available to viewers across the site, but one anime has caught the eye of some of these creators for its surprising accuracy.

Cells at Work is a pretty well-known anime among fans. Based on a manga by Akane Shimizu, it follows the lives of a red blood cell as she adjusts to her job delivering oxygen and a white blood cell attacking dangerous bacteria and gives viewers an exaggerated glimpse at how the body works. It fills in a lot of common anime tropes including massive explosions, silly misunderstandings, devious Dragon Ball-like villains, and other things. It’s a show that’s so rooted in being a traditional anime that at a glimpse it couldn’t possibly be that accurate to how the human body works. However, real professionals in the field would disagree.

In a series of viral videos, a YouTuber named Doctor Mike has shared his reactions with the pilot episode and Influenza episode of Cells at Work!, as well as the first episode of the spin-off series Cells at Work! Code Black. His thoughts on the first episode alone have been nothing but praise as he points out the fascinating accuracy behind the over-the-top tone. From the note on the door leading to the capillary to the meaning behind the White Blood Cell’s position in the Neutrophil division, Doctor Mike not only applauds the finer details but also educates viewers on why these decisions are made. In fact, he even discusses the decision for the war-torn landscape after the battle with the Flu in the Influenza episode is a genius one because even after the infection has been eradicated, “your body’s healing” and can still need time to get back and running. Take a peek at some of Doctor Mike’s reactions to the anime here!

Cells At Work! May Be Over-the-Top, But the Jokes are Based in Reality

It’s not just Doctor Mike that’s showcasing these opinions though. YouTubers like DoctorMIM and Dr. Hope’s Sick Notes have also taken a glimpse at the world of Cells at Work! and discussed the educational accuracies (and occasional inaccuracies) of the show. For example, Dr. Hope expanded on the use of a bacterial capsule in the real world instead of how it’s depicted in the show by referring to it as something “outside the cell wall” to discourage being eaten rather than something to “deploy like a cargo net.” Meanwhile, DoctorMIM talks about the additional duties of platelets outside of being bodily responses to cuts. It’s fascinating to see how these doctors not only admire how close the terminology and execution of an anime in the body are in accuracy but also enjoy getting to talk about the complexities of their real-world counterparts.

These reaction videos aren’t just entertaining. They’re also highly educational and eye-opening for fans of the hit anime. The fact that these doctors connect with fans in appreciation for the series to talk about how cool the human body is will make these videos timeless and something that any fan of the show should seek out. Seeing YouTube doctors like Doctor Mike, DoctorMIM and Dr. Hope’s Sick Notes give their approval to Cells at Work! in its accuracy just adds a cool layer to an already great show because it shows the creators went the extra mile to create something unique.

Ruben Randall - August 19, 2022 0
Actor
Bodybuilding legend Arnold Schwarzenegger was born and raised in Austria before he moved to the United States in 1968, aged 21. He went...