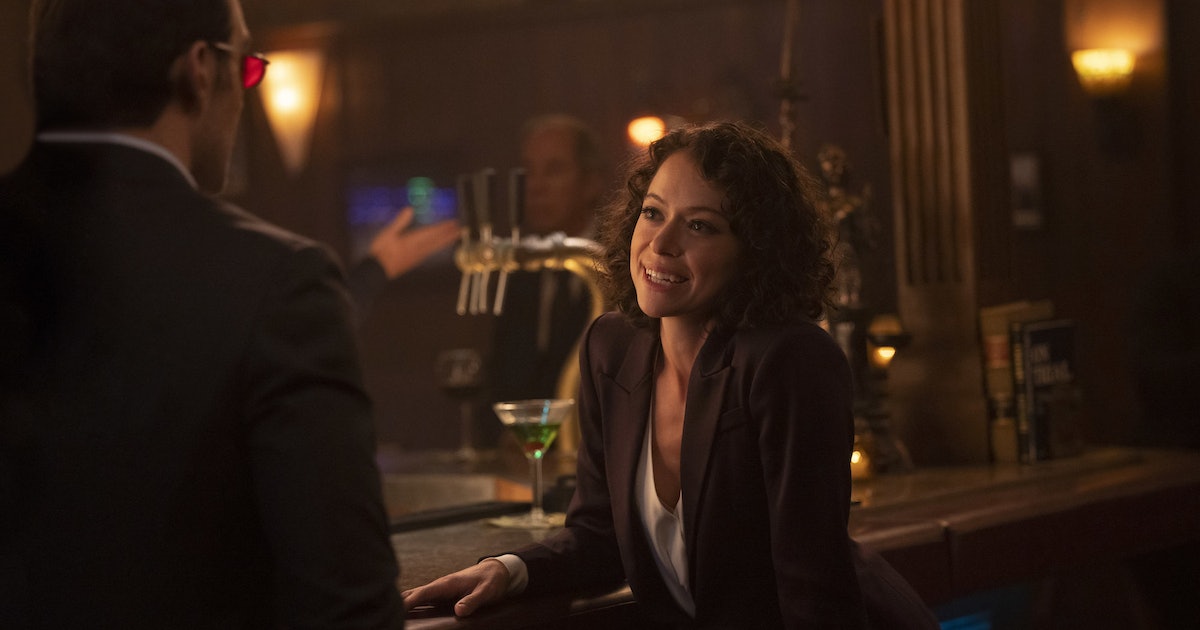 Things are not looking great for Jennifer Walters in the penultimate episode of She-Hulk. After she teams up with Matt Murdock — a cameo that feeds into the Daredevil: Born Again revival series — the true villain of the series is finally revealed. It’s the people behind the shady website Intelligencia, which functions in the MCU as a sort of 4Chan or Reddit-esque site that is full of misogynistic jokes made at She-Hulk’s expense. Just as Jen is accepting an award at the Southern California Law Awards gala, an Intelligencia broadcast pops up to display footage of her in bed with a man. Furious over the revenge porn, Jen hulks out and goes on a rampage, destroying the gala in the process. But when she tries to capture an Intelligencia supporter, she’s suddenly stopped by the Department of Damage Control — the same group that Kamala Khan faces off against in Ms. Marvel.

It’s unclear if Jen will be able to put a stop to Intelligencia in the finale, or if people will even agree that Jen’s anger over being cyberbullied is warranted. Though these are topics that could be explored in a future season, Disney has not announced if there will be a She-Hulk Season 2.

In August, head writer Jessica Gao told Collider that she’s “absolutely not thinking about moving forward” right now. She added that when she pitched the show, she “had an idea of where I would want it to go for another season and what the premise of that season would be.” But she said that nothing is ever guaranteed for TV shows, so she approached the season as if it was “one and done” and “tell[s] a complete story, and yet leaves the door open.”

Still, she added that there are also a lot of things they “had to cut from the first season, and it would be really nice for those things to see the light of day again.” So it’s pretty up in the air, but here’s everything else we know so far.

To date, only two of the Disney+ Marvel shows have been renewed: Loki and What If…? Disney also has five other shows in the pipeline that extend out to 2024, including Echo, Ironheart, and Agatha: Coven of Chaos. Though some release dates got shuffled around, as a whole, Disney usually sticks to the order it lays out. That means the earliest a second season would debut is likely mid-2024, after the last announced show, Daredevil: Born Again, airs.

Considering Daredevil appeared in She-Hulk, it’s possible that She-Hulk could then appear in his new show. The other possibility is that, like WandaVision and The Falcon and The Winter Soldier, Jen’s story will continue in the movies. The series already featured major cameos by film characters Bruce Banner and Wong, after all. But on Oct. 11, Disney announced that its slate of MCU films are getting delayed again, with Fantastic Four shifting to 2025 and Avengers: Secret Wars moving to 2026. So regardless, while this is definitely not the last time we’ll see Jen, it might be a while before she’s onscreen again.

If the show continues, fans can expect to see Tatiana Maslany reprise her role as Jen. Also likely to return are Ginger Gonzaga as Jen’s BFF Nikki and Josh Segarra as GLK&H colleague Pug. But we’ll have to wait and see if villains like Titania (Jameela Jamil) and Abomination (Tim Roth) will return to the series. There are also the sillier villains like Man-Bull (Nathan Hurd), El Águila (Joseph Castillo-Midyett), and the vampire Saracen (Terrence Clowe), but it’s unclear if they’ll remain in She-Hulk or similarly appear in other projects like Daredevil: Born Again or the upcoming Blade movie.

This article will be updated as more information about She-Hulk Season 2 becomes available.

Ruben Randall - April 2, 2022 0
TV/Movies
Kathryn Bigelow has announced her next movie, which is big news in and of itself, but just as big is that the Oscar-winning director...