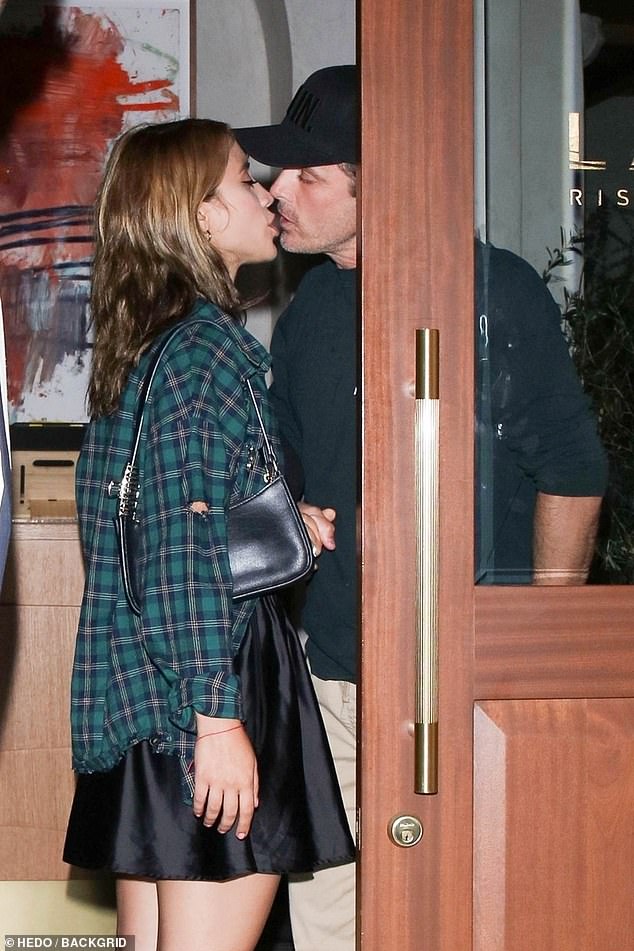 By Christine Rendon For Dailymail.com

He is set to celebrate big brother Ben Affleck’s second wedding to Jennifer Lopez this weekend.

But Casey Affleck, 47, was also feeling the love as he enjoyed a night out in West Hollywood with his girlfriend Caylee Cowan, 24, on Thursday evening.

The couple celebrated Noah Tepperberg’s birthday at LAVO Restaurant, where they were spotted sharing a smooch.

Kiss me! Casey Affleck was all about his girlfriend Caylee Cowan as he enjoyed a night out in West Hollywood on Thursday evening

The couple appeared completely enamored with each other as they stood in the entryway of the restaurant, on the verge of locking lips.

Caylee looked fabulous in an LBD with green flannel thrown over and a leather purse slung hanging from her shoulder.

Her boyfriend kept it casual in a dark green long sleeve shirt, beige slacks, and smart blue sneakers. A black cap topped off the look.

Casey and Caylee weren’t the only lovebirds attending the bash. 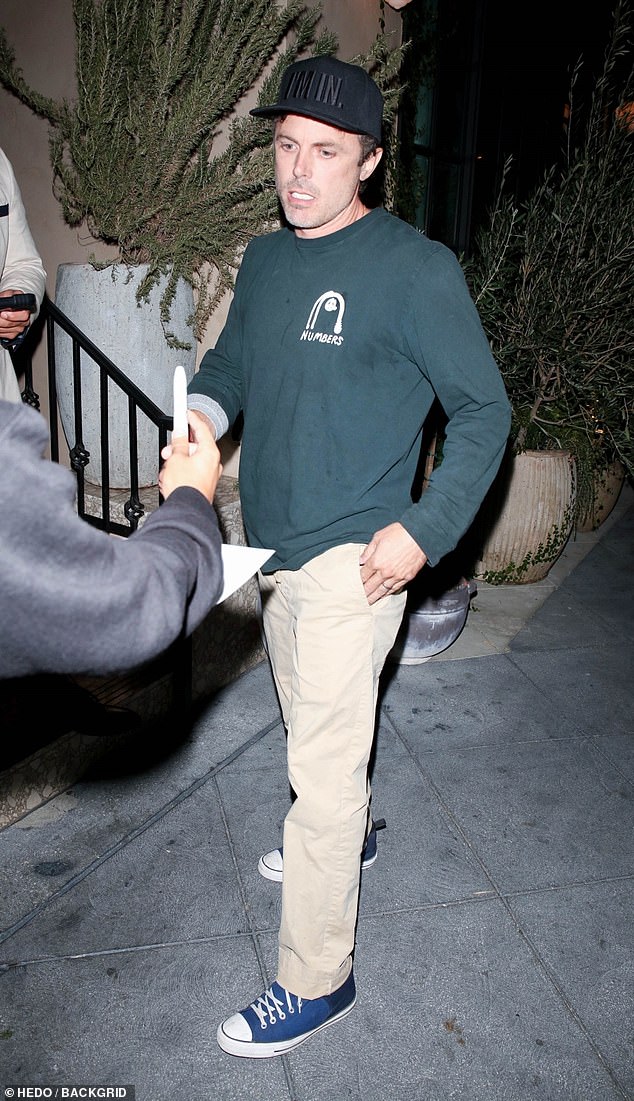 Man of style: Her boyfriend kept it casual in a dark green long sleeve shirt, beige slacks, and smart blue sneakers. A black cap topped off the look

Robin sported a low-cut, star print top beneath a black jacket and trousers while his leading lady looked stunning in an LBD and transparent heels.

Marie put on a leggy display in a cinched beige jacket and hot pants while Jason was looking smart in a white T-shirt and dark jeans. 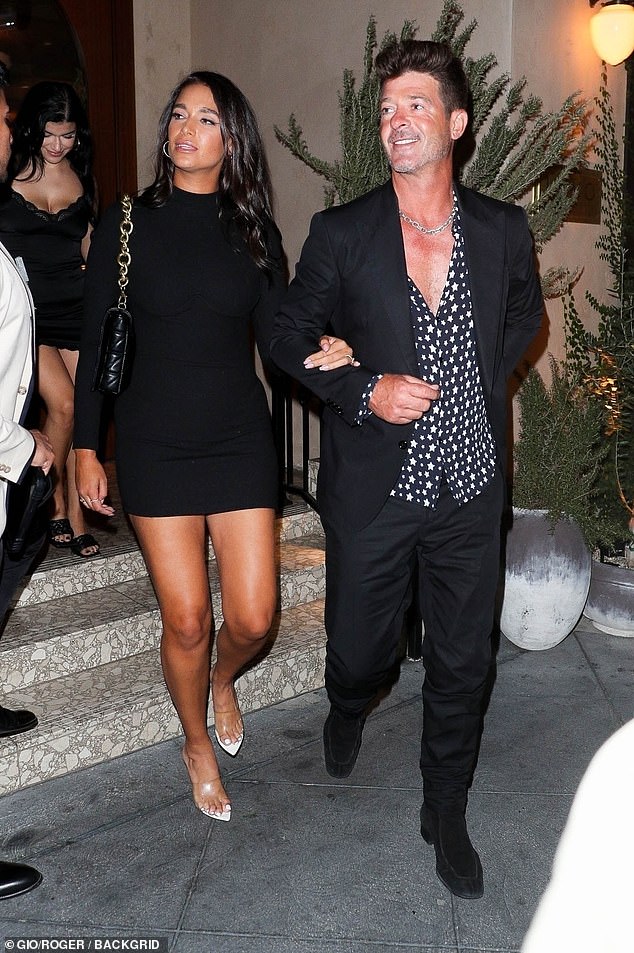 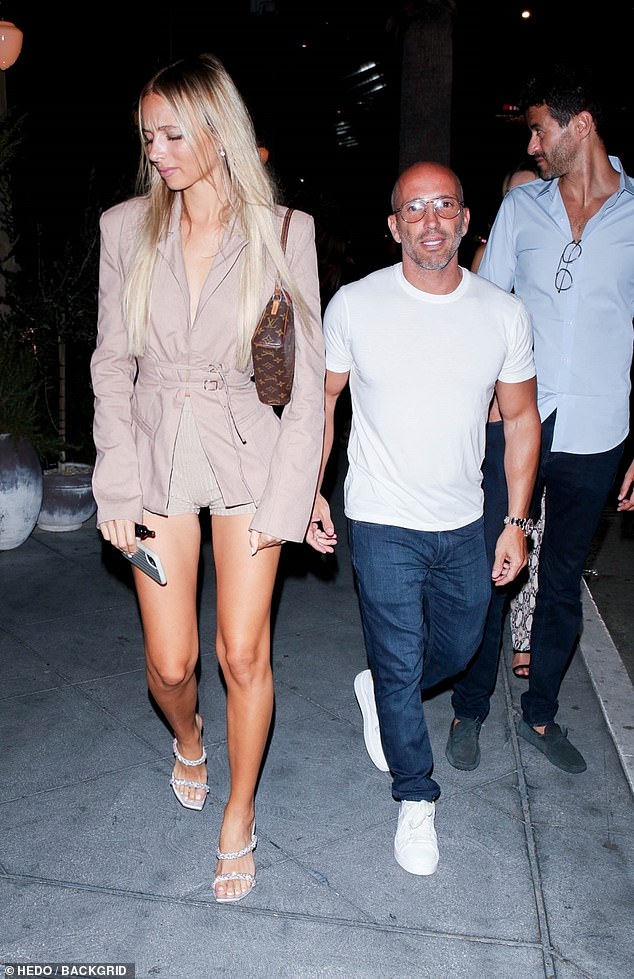 Hot couple! Jason Oppenheim was spotted at the party with his new girlfriend Marie-Lou Nurk

Jason’s brother Brett Oppenheim was also seen at the bash. The Selling Sunset star flashed a broad grin and was the definition of style in a black button down and blue jeans.

The bash comes as Casey’s brother Ben prepares to tie the knot once again with Jennifer in Georgia this weekend.

Lopez, 52, and Affleck, 50, tied the knot officially in Las Vegas last month, but this weekend are holding a lavish party. 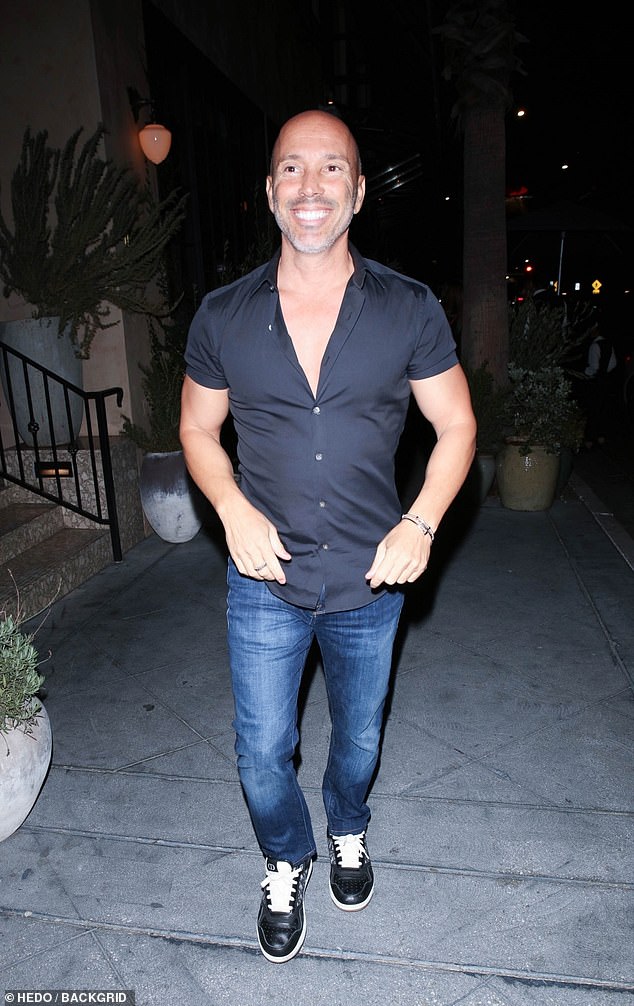 Affleck’s brother Casey, 48, will be there for Saturday’s big day and is also expected to attend Friday’s rehearsal dinner and a family barbecue on Sunday.

Yesterday, DailyMail.com revealed the wedding had been four months in the planning and huge marquees have already been erected in the grounds of Affleck’s plantation-style estate.

Trucks carrying wedding infrastructure and food have also been seen arriving in the past day with the ceremony expected to take place at the center of the property close to a building named the Farmhouse.

Celebrity life coach Jay Shetty has been lined up to officiate.

Look who’s here! Singer Beck and James Goldstein were among the guests

Who is Sulayman Chappelle? The untold story of Dave Chappelle’s son

Boxing: Joe Rogan, Dave Chappelle among celebrities in attendance at Canelo vs. GGG

Ruben Randall - August 13, 2022 0
Money
Baker Mayfield was drafted by the Cleveland Browns in 2018 and finished as the runner-up in the Rookie of the Year voting. He also...