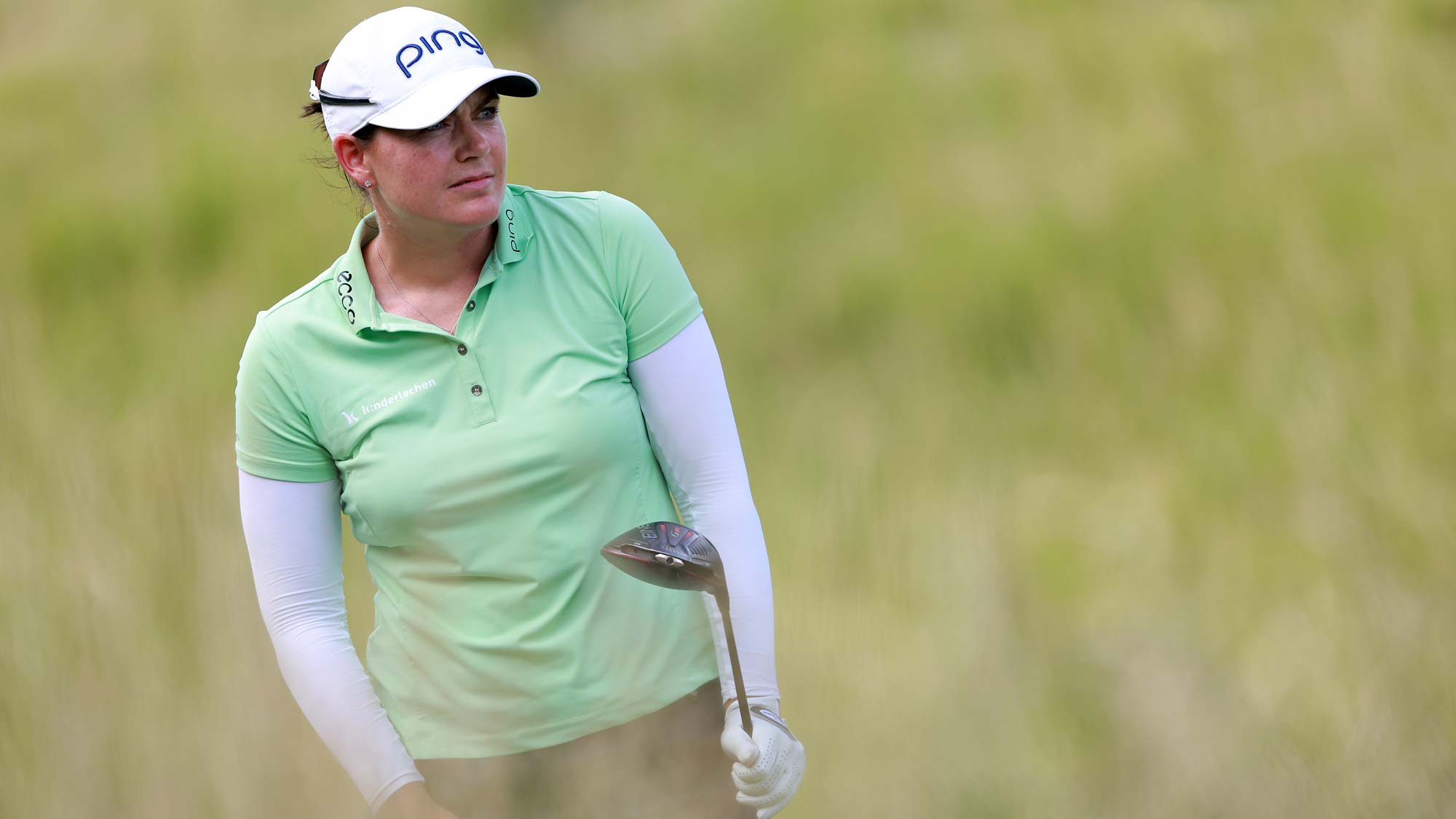 LAS VEGAS (AP) – Caroline Masson beat top-seeded Minjee Lee 2 and 1 on Friday in 100-degree heat in the Bank of Hope LPGA Match-Play to finish 3-0 in the group stage and advance to single-elimination play.

Masson will face Andrea Lee on Saturday in the round of 16 at Shadow Creek. Andrea Lee beat Stephanie Meadow 2 and 1 to take her group at 2-0-1.

After Minjee Lee, coming off a victory two weeks ago in the Founders Cup, won the 14th and 15th to pull within one, Masson ended the match with a par on the 17th.

“I knew it was going to be tough,” Masson said. “Minjee is a great player. She’s been playing great the last – well, years really, but the last few weeks as well. Also it’s match play, and I feel like pretty much anybody can beat anybody out here. I just trusted in my game. Feel like I been hitting it good. I was in control.”

Masson also had 2-and-1 victories over Brittany Altomare on Wednesday and Youngin Chun on Thursday. The four-time Solheim Cup player from Germany won her lone LPGA Tour title in 2016.

“It’s been a cool three days,” Masson said. “I think this golf course is really hard, so I feel like I didn’t really play my best, but also I think many players probably feel that same way. I really made the most of it and just really happy to close it out today.”

Minjee Lee, ranked fourth in the world, was 1-2.

See also  Will Katherine McNamara be back as Mia Smoak?

Sagstrom beat Ryann O’Toole 2 and 1 to set up a match against Emma Talley.

“I feel all right, so far,” Masson said. “It’s hot. You’re trying to drink and just rest as much as possible and kind of what I’ve been doing. My caddie was a bit angry with me. He’s like, `Come on, Madelene, I don’t want walk 18 holes.'”

“Really happy with where my game is at,” Shadoff said. “I think being a good ball-striker is really an advantage around here. The greens are really firm. Just taking advantage of the shots that I’m hitting. So, yeah, I’m looking forward to the weekend.”

Las Vegas resident Jenny Shin rallied for a draw with Haeji Kang to advance with a 2-0-1 record. She will face Annie Park.

“I made golf really difficult today, so I’m very happy to have tied to advance to the 16,” Shin said.

She normally avoids playing in the afternoon heat.

“I just don’t come out at this time,” Shin said. “My practice starts at 6 and ends way before it gets really hot. I wouldn’t torture myself and put myself out here.”

Two groups were decided in playoffs, with Gemma Dryburgh beating Gaby Lopez, and Moriya Jutanugarn edging Ashleigh Buhai. Both won with pars on the first hole. They will face each other Saturday

In the other matches in the round of 16, Choi will face Eun-Hee Ji, Allisen Corpuz will play Lilia Vu, and Reto will meet Ayaka Furue.