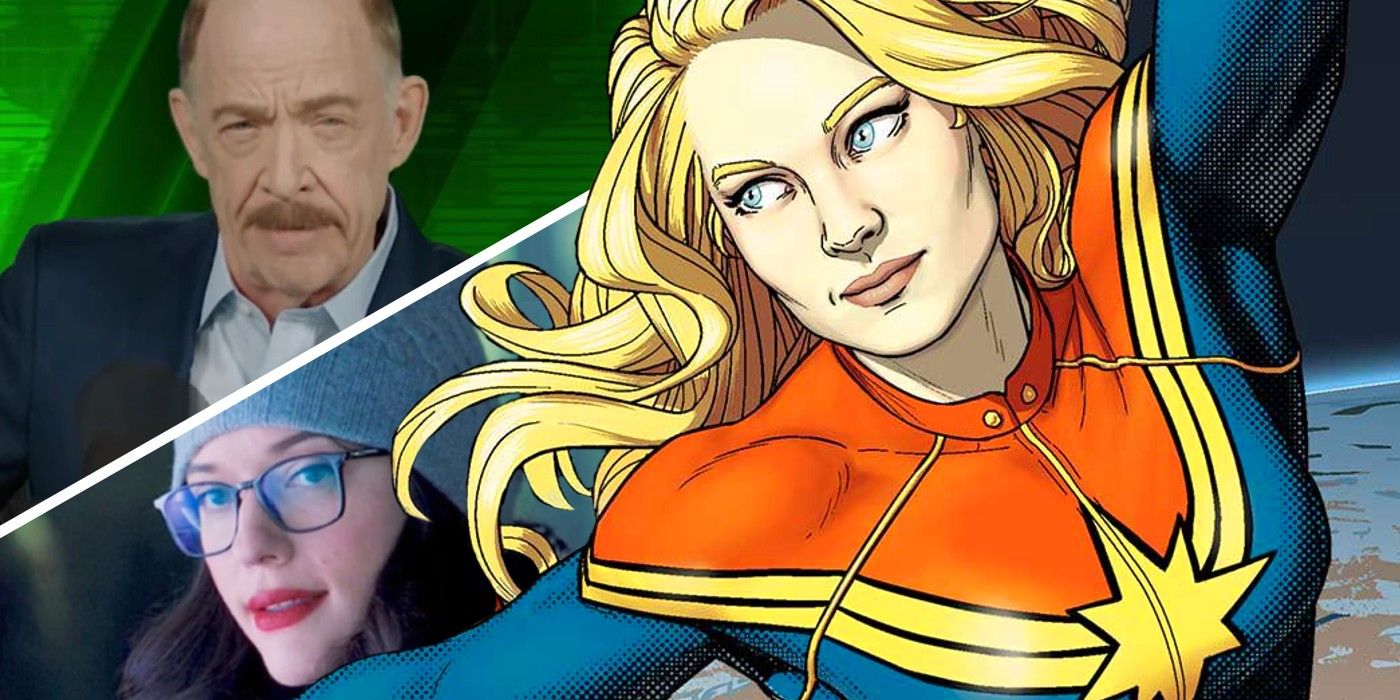 Cosmic Avenger Carol Danvers, a.k.a. Captain Marvel, may have amassed a reputation as one of the strongest forces throughout the galaxy, but her formative years in comic books saw the character struggle to balance both her life as a newfound superhero and editor-in-chief for a major Spider-Man supporting character.

Following her power enhancement from Kree sleeper agent Walter Lawson a.k.a. Captain Mar-Vell, former NASA head of security Carol Danvers is gifted with the strength and abilities of a standard Kree alien warrior. Making a name for herself in New York City as the costumed Ms. Marvel, Carol sets her sights on The Daily Bugle to make herself some money on the side. Acting as editor-in-chief for the Bugle is loudmouthed J. Jonah Jameson, who has amassed his own reputation for his overwhelmingly critical views of New York City’s wall-crawling “menace” Spider-Man. Known for their high-class snapshots of Spider-Man and various other established heroes operating within the metropolitan area, The Daily Bugle proves to be a natural fit for Carol.

Sensing great potential in Carol, J. Jonah Jameson begrudgingly enlists Danvers as the very first editor-in-chief for the newly installed “Woman Magazine” faction of The Daily Bugle offices. Though Ms. Marvel is ultimately fired from her position at the Bugle for challenging Jameson’s authority, Carol’s role as the lead of her own standalone division plays an integral role in the future independence of her character. Carol began as NASA head of security, but the seeds were already being planted for Carol to soar, and not simply be a secretary or a nurse when she’s not soaring in her super suit. However, it doesn’t change the fact that Carol’s tenure at the Bugle has become largely overshadowed by her adventures in the corners of Marvel’s cosmic pantheon.

Carol Danvers’ Stint At The Daily Bugle Brought Out Her Independent Spirit.

Jameson has been adapted to the silver screen on many occasions and finally made his entryway to the Marvel Cinematic Universe (MCU), with recent entries Spider-Man Far From Home as well as its sequel Spider-Man No Way Home, played once again by former J.J. actor J. K. Simmons. It’s no longer solely Spider-Man who faces public scrutiny in the eyes of the media. Today, Carol Danvers often faces criticism from select fans, particularly her MCU film counterpart (played by Brie Larson). While the MCU has made their changes to their heroes, fans are quick to take issue with the alterations, even if it may not be well-founded.

Currently, the MCU has remained insistent on keeping Carol largely separated from the planet Earth, due to her obligations to protect the far-reaching cosmos. After absorbing the overwhelming power of the Tesseract, an amnesia-stricken and superhuman Carol was immediately thrust into the world of the Kree Empire and their shape-shifting rivals the Skrulls. Carol’s comic book inspired adventures on Earth battling costumed supervillains were stalled in order to have the character finding herself within the cosmos alongside other alien beings. Ditching the cosmic appeal to have Carol on Earth to get a job at The Daily Bugle would retread old ground that had already been covered by other heroes, both on the comic page and on the screen.

While Captain Marvel will make another return trip home to her birth planet in the near future, it is doubtful that she would settle on Earth long enough to catch the eye of Jameson or The Daily Bugle. There’s no ruling out Captain Marvel and Spider-Man‘s J. Jonah Jameson sharing screen time in the future as a homage to her early comic book roots, but a long-term MCU relationship seems well out of the question.

AP PHOTOS: The glamour of Cannes in black & white |...