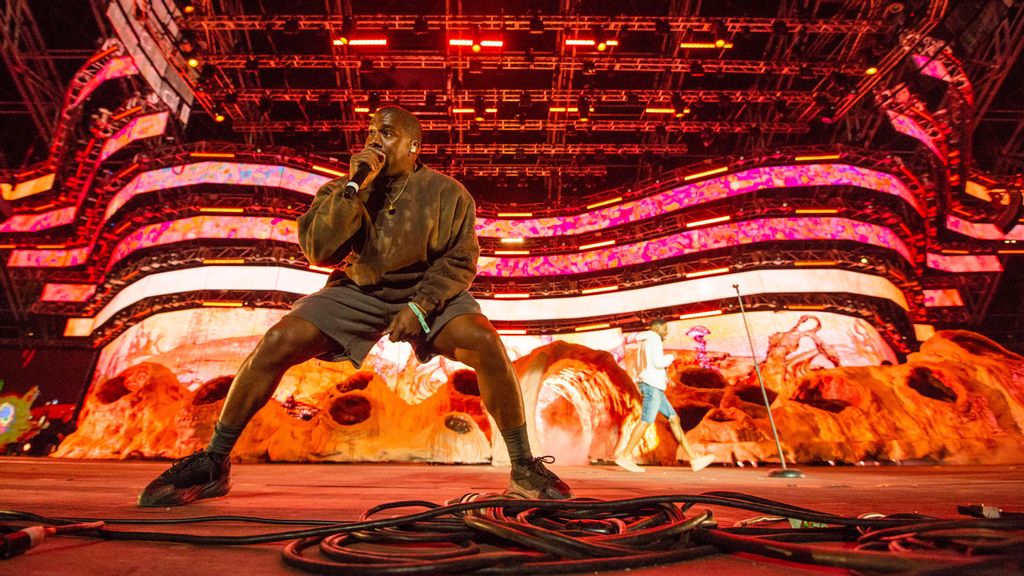 To capitalize on the phenomenon, Julien’s Auctions held an Icons and Idols: Rock N Roll auction Nov. 11-13.  Items included everything from Bob Dylan’s piano to Don McLean’s 1967 paisley shirt, a Gibson Les Paul played by Paul McCartney to an Elvis ring. Even Steve Jobs’ sandals were in the mix.

But one name on the list, in light of recent scandals, stood out: Kanye West.

His antisemitic rants, condemned nationwide, proved costly. His net worth dropped from $2 billion to $400 million after Adidas ended its “Yeezy” brand partnership. Under pressure, the German retail company cut ties with the performer, who threatened to go “death con 3 on JEWISH PEOPLE.”

The Gap, Balenciaga, TJ Maxx and Foot Locker, among others, also ended business deals with him.

Yet Julien’s Auctions chose to auction 40 Kanye West items this past weekend.

Asked why Julien’s included West, now known as Ye, in its most recent auction, Mozel Miley-Bailey, a press rep for the company, emailed Zenger: “Regarding Kanye West’s items, they were consigned many months in advance ago by a family member, not from him directly.” Bailey added: “We received no complaints regarding the auction of his items.”

The sold West items included a signed sketch of multiple female nudes with various captions, such as “Hiding” and “Begging,” on two sheets of large-format 18 x 24 inch paper. It sold for $1,920.

Other notable items included an untitled song handwritten in ink by Kanye West on lined paper, with edits, sold for $2,560. West writes in part: “Fascinate Minds / While I Assassinate Rhymes.”

His “Devil Jesus” artwork sold for $3,840. “Devil Jesus” is an original illustration on large-format sketch paper featuring a crucified Jesus, but with devil horns, hand-drawn by Kanye West using pencil and signed and dated by him. West has written a caption next to the artwork which reads: “How Dare U Use Jesus’ Name to Fund Your Filthy Religion! My Belief in Christ Needs No Commission!”

What West did not achieve was the hefty price points by others in the auction.

Steve Jobs’ Birkenstock sandals with NFT sold for $218,750, a new record, according to Julien’s, for highest-selling price for auctioned sandals. The winning bidder got the physical sandals, with an imprint of Jobs’ feet, and also an NFT (non-fungible token) of the sandals, minted on the Polygon blockchain.  (The sandals were worn by Jobs in the 1970s and 1980s and taken from a garbage pile by a former chef at one of the Apple co-founder’s properties.)

But the big hit: Kurt Cobain’s 1989 stage-played, smashed and signed “Throw My Ass in Jail” 1973 Fender Mustang electric guitar used on Nirvana’s first U.S. tour sold for $486,400. Cobain smashed the guitar to pieces across the stage during the finale performance of “Blew.”

Memorabilia owned by Taylor Swift, Madonna and Janet Jackson was also part of the auction.

Julien’s next auctions are World of Fashion: The Archives of Doris Raymond on Nov. 16, Fleetwood Mac on Dec. 12-13 and Icons & Idols Hollywood TCM on Dec. 17-18.

Produced in association with Benzinga.

At DC’s Aracosia restaurant empire, women rose to lead when the...

Ruben Randall - December 15, 2021 0
Celebrity
Since the beginning, Sofia, 44, has determined how the food is plated, picked the curtains and dinnerware and glasses and candles, and served...