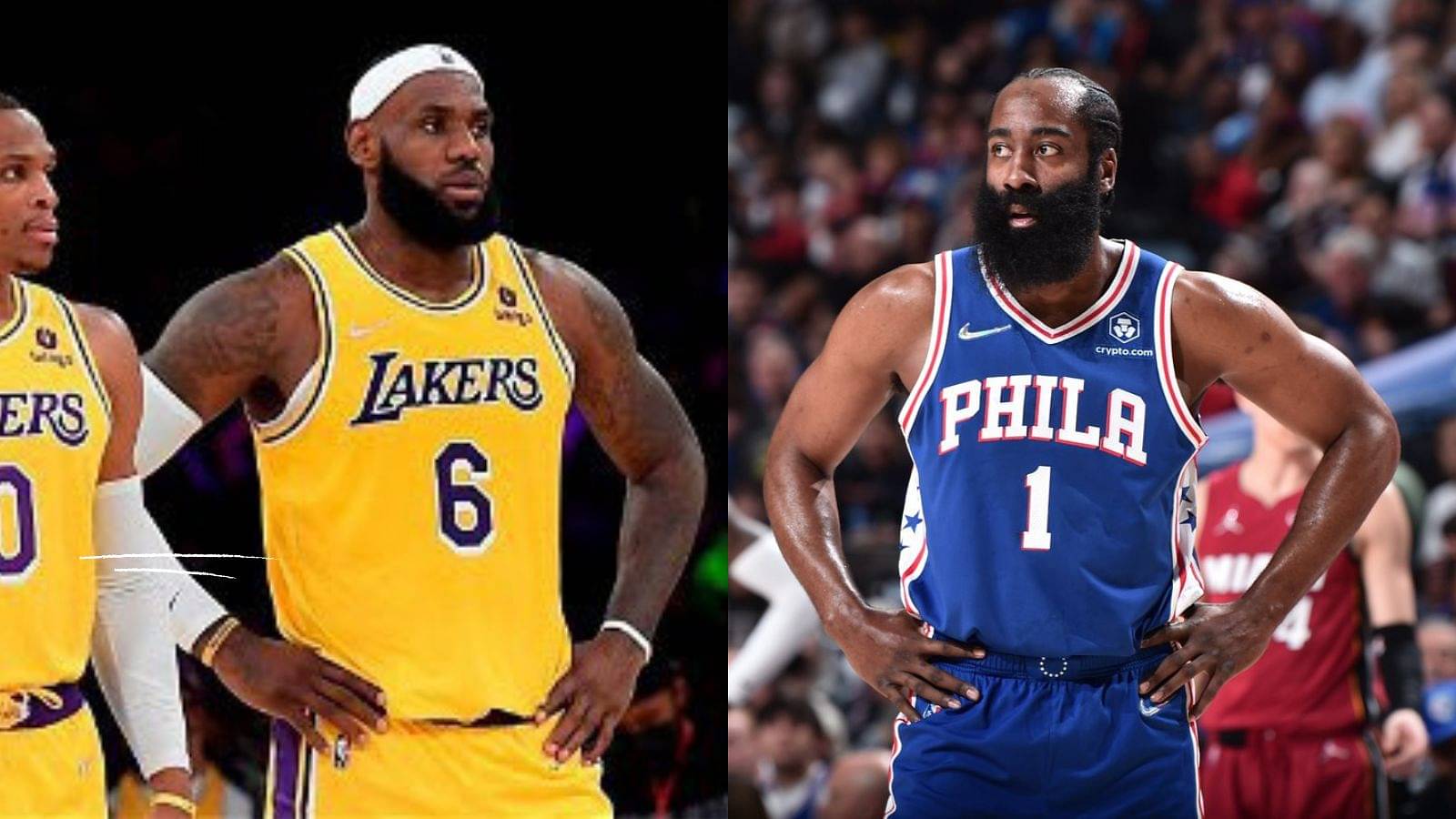 James Harden taking a pay-cut to allow the Philadelphia 76ers to add more pieces for their championship chase has been the highlight of the 2022 offseason.

James Harden has been on a rollercoaster since he decided to play elsewhere after spending more than 8 years with the Houston Rockets. He became one of the best players and earners in the league during the latter end of that period.

The Beard went on to sing with Brooklyn and form a big-3 with Kevin Durant and Kyrie Irving in January 2021 but ended up worsening his situation there and left for the Philadelphia 76ers, earlier, in a mid-season trade.

The 10-time All-Star failed to contribute big-time in any of these last two championship runs and hence has decided this year that he’ll take a considerable pay-cut to help Philly make a formidable roster to win a championship.

He has decided to decline his $47 million player option for next season. According to reports, the former OKC star is going to land a short-term multi-year contract that would be a team-friendly deal. Although the deal is still in the works, reports are that Harden will take a $15 million pay cut to re-join the Sixers.

BREAKING: James Harden will take a $15 Million pay cut for next season. Harden will sign a new 2-year deal with Philly, player option in year 2, via @ShamsCharania pic.twitter.com/UH99BQUevK

While Harden ($165 million net worth) who is quite infamous for being a selfish guy is giving away millions to win a championship, fans are wondering why the Lakers star who is now the only billionaire athlete in the world, cannot do the same?

With the amount of money the former Cavaliers star has, it would not matter if he played on a veteran minimum deal and chase championships with a better squad which might be the most desirable thing right now.

But knowing how frugal The King is with money, safe to say that he is not taking that route. Maybe next year he does it so as to be able to play with the team that drafts Bronny James but not this year.

If you think of Chris Paul, with his $160 million net worth, he could have done the same to chase his first ring and so could every star player like Kevin Durant. But being the faces of the league, particularly LeBron, while just coming off one of his highest scoring (29 PPG) seasons, cannot do it. It wouldn’t set a perfect example.

Also, when you get to make a generational amount of money, you take it, even if you’re a billionaire. You do not gamble it on whether you’d win a championship or two by gambling away that money. Ask previous generations of players what they would do, you’ll understand the notion of what I mean if you haven’t already.

What Is Phoebe Dynevor’s Net Worth? ‘Bridgerton’ Actor Earned 1 Million...