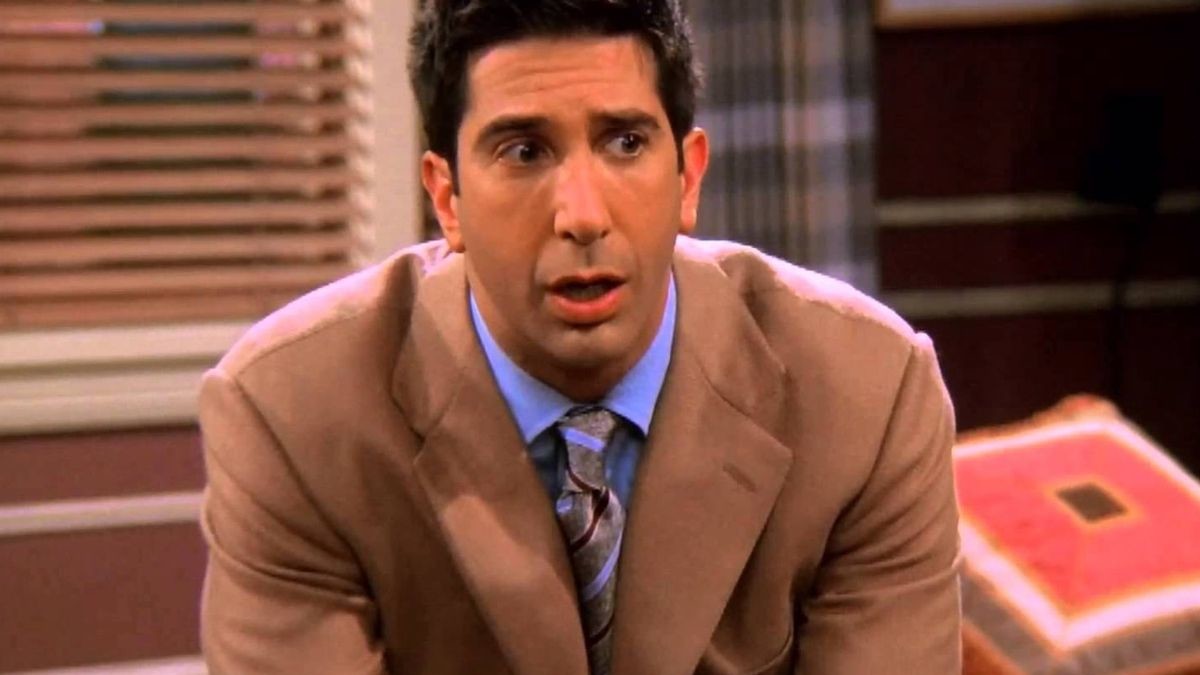 In Friends, there is one main thing that Ross is known for: Divorce.

The PHD holder is seen getting three divorces over the course of the show. When we first meet Ross his wife Carol has just left him for her gym friend Susan.

Later Ross meets Emily when he is forced to help out Rachel and take her out for the evening. Ross quickly hits it off with the Londoner and after a whirlwind romance decide to get married. Unfortunately things go quickly wrong when he says Rachel’s name at the alter instead of Emily’s.

In Las Vegas fans got to see Ross and Rachel finally tie the knot. The only trouble was, neither were sober enough to remember quite what happened. After telling Rachel they got an annulment, Rachel finally uncovers they are still married and get a divorce.

Despite all his love troubles, Ross never gives up on finding his dream partner. We all hoped that some day him and Rachel would finally realise that they were right for each other all along. Even though Ross loves dinosaurs and Rachel loves fashion, ultimately they made each other better and happier when they were together.

Complete all of Ross’s quotes and prove that you are the ultimate fan of the show’s resident paleontologist. Let’s go!