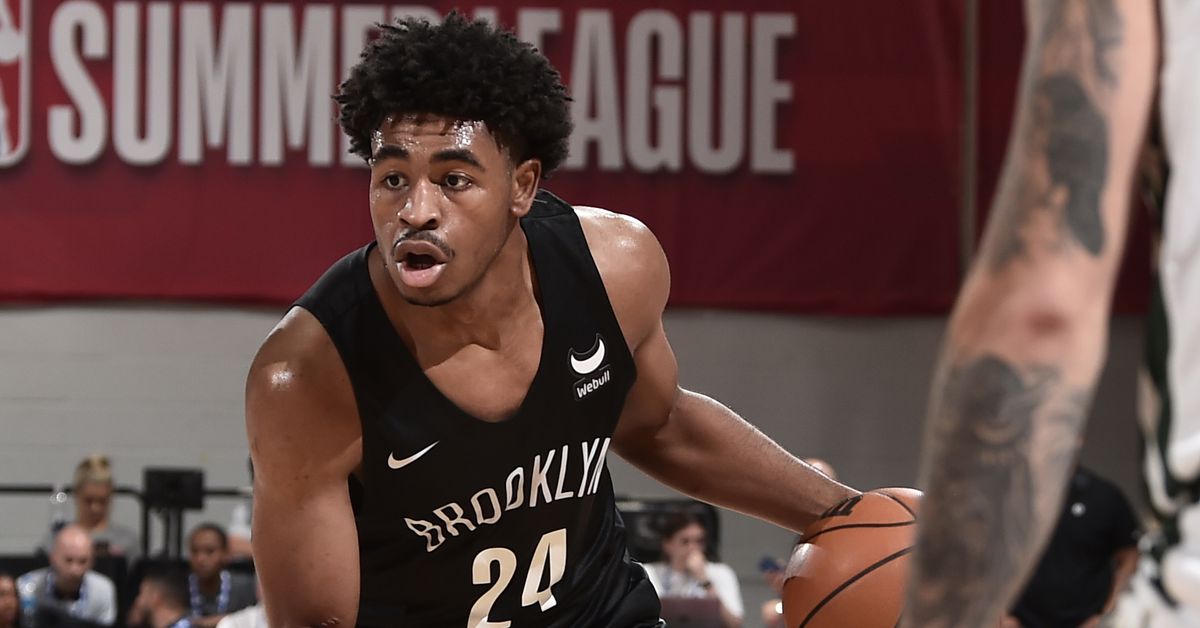 With Ben Simmons, Nic Claxton and Royce O’Neale on the sidelines, Cam Thomas once again proved he owns the NBA Summer League by dropping 31 points — 17 in the fourth quarter — but a big comeback failed at the end and the Bucks beat the Nets in Las Vegas, 94-90.

Thomas, who averaged 27.0 points and was Summer League Co-MVP last year, finished 11-of-23, but only 1-of-6 from deep, including a couple of late misses. Thomas almost single-handedly brought Brooklyn back from a 17-point deficit at the start of the fourth, getting the Nets within three with 25.2 seconds left. The LSU product missed two deep 3-point attempts, one from 28 feet and another from 26 after that. Both were good looks, but Milwaukee survived.

Thomas was one of two Nets in double figures. David Duke Jr., who is a restricted free agent, had 22 points on 8-of-17 shooting, including 3-of-9 from beyond the arc. Duke Jr. looked more polished than last season. Only he and Thomas played more than 30 minutes in the 40-minute game.

As for the other current Nets, there was mixed news to report. Kessler Edwards didn’t his first shot till 1:14 in the fourth. He finished with only five points on 1-of-6 shooting. He also had a hard time guarding Marjon Beauchamp, the Bucks 6’6” rookie wing who finished with 16 points. Day’Ron Sharpe, looking slimmed down, had eight points and 10 boards but went 0-of-2 from deep. Meanwhile, RaiQuan Gray, the Nets 59th pick in the 2021 Draft, looked good, with eight points on 3-of-4 shooting as well as seven boards and four assists in 23 minutes.

Alondes Williams, who signed a two-way with the Nets this week, had a tough pro debut, scoring only two points on 1-of-6 shooting. The former Wake Forest point guard didn’t record an assist in 23 minutes but grabbed five boards. Of the other undrafted rooks, Noah Kirkwood, a 6’7” shooting guard out of Harvard, had a perfect 3-of-3 including two 3-pointers. And UNLV’s 6’7” Donovan Williams had one of the game highlights for the Nets.

The Nets went up double figures early but the Bucks, who shot 51.5 percent from three for the game, went up by four, 44-40, at the half. Then, in the third quarter, they blasted the sloppy Nets, 28-15, setting up the fourth quarter drama.

Simmons, with his fiancée Maya Jama, sat courtside in the second half, escorted into Cox Pavilion by Nets security director Fred Galloway…

Claxton, adorned in a vintage New Jersey Nets t-shirt — “Have to support the OGs,” was only one of the three to talk with reporters. He said he had spoken with both Kevin Durant and Kyrie Irving recently. Asked if he was recruiting the two, Claxton laughed and said, “That’s above my pay grade.”

He added the Nets have “unfinished business” no matter who is on the roster.

Two Phoenix Suns fans tracked down Sean Marks on the concourse post-game, but he had no comment on the status of his two superstars or trade talks with the Suns.

The Nets next play the 76ers at 3:30 p.m. ET on Sunday at the Thomas & Mack Center (NBA TV); the Grizzlies at 6:00 p.m. ET on Tuesday at the Cox Pavilion (ESPNU) and their last scheduled game vs. the Timberwolves at 9:00 p.m. ET Thursday, also at Cox (ESPNU). The tournament element of the Summer League begins July 15 with the championship game on the afternoon of July 17.

Earlier Friday, the Nets made it official and signed Edmond Sumner to a vets minimum deal.

Ruben Randall - June 7, 2022 0
Money
Karanikolaou and The Bachelorette alum Tyler Cameron reportedly had a fling in November 2019. In December, a source told People that the romance had...