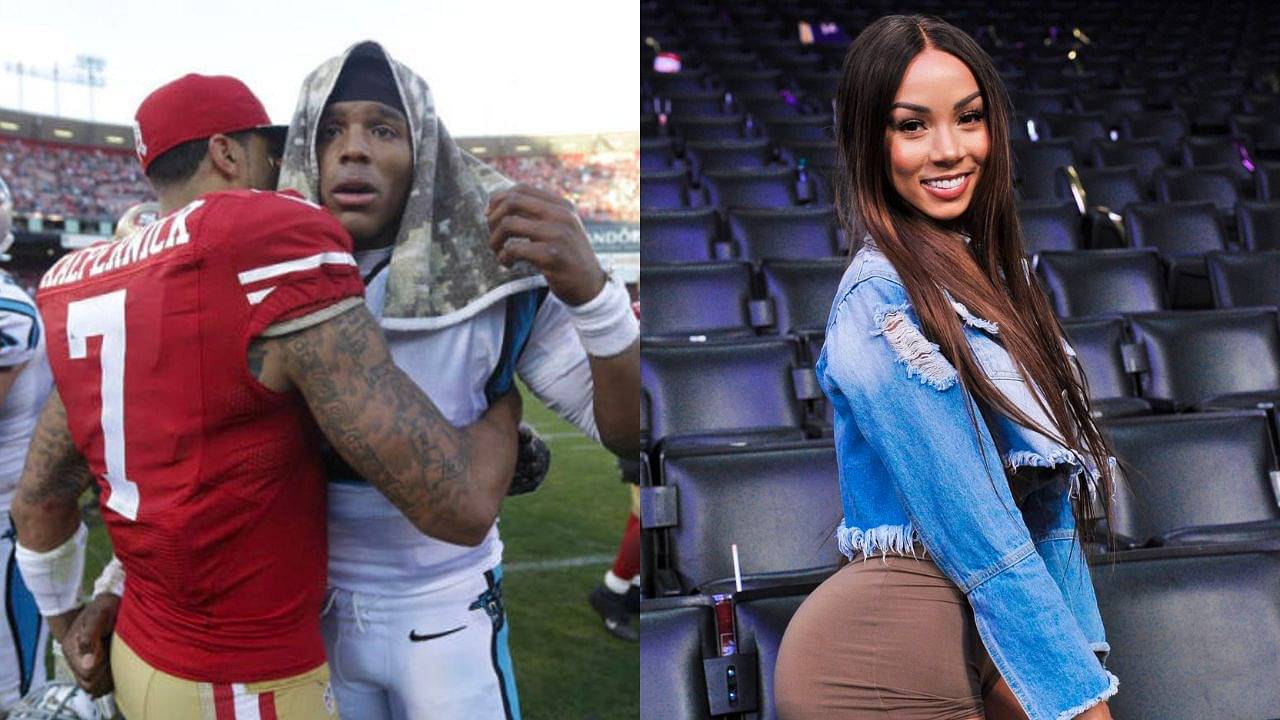 Cam Newton and Colin Kaepernick almost had a weird moment where their paths met in the form of Kaep’s ex-girlfriend, but the former Panthers QB was not having any of it.

Newton and Kaepernick are in similar places when it comes to their NFL careers. Both are currently out of the league, and chances are slim they’ll make it back.

Of course, the situations for both quarterbacks are very different. Newton hasn’t been playing well since the year he won MVP and took the Panthers to the Super Bowl.

He was given a chance at reviving his career in New England, but after they drafted Mac Jones, Newton was no longer in their future plans. He rejoined the Panthers, but his play was subpar, and he wasn’t given another chance.

Kaepernick has been out of the league since 2016 when he took the NFL by storm by kneeling during the national anthem to protest police brutality. His actions were met with harsh criticism, and to this day, people believe he was blackballed from the league for taking such a stand.

Wow, Deshaun Watson was suspended by the NFL for 6 games… He’s accused of assaulting 25 women… Colin Kaepernick knelt to protest police brutality and he’s now been “suspended” for 5 years… Shows what little value the NFL places on women… and Black lives for that matter…

Newton and Kaepernick almost had a weird moment where their paths crossed. It’s a story you’d never expect to hear either. Earlier this year, Cam Newton joined Brittany Renner. That name is significant because she is Colin Kaepernick’s ex-girlfriend.

Renner and Kaepernick started dating in 2014. Things became weird between the two when Renner said she was pregnant with Kaepernick’s child, a claim the former quarterback denied.

Renner is an American fitness model and internet celebrity. Brittany Renner has a net worth of $500,000, and she’s dated some high profile celebrities including Colin Kaepernick, Trey Songz, and Lil Uzi Vert. Most of Renner’s income comes through her social media accounts and clothing line.

Newton joined her to talk about several interesting topics including whether or not he’d slide into her DMs. The former Panthers quarterback made it very clear that he would do no such thing.

“I’m Cam Newton, right?, And I ain’t gonna lie,” he said. “I’m not about to hit no DMs with no Brittany talking about ‘hey yo, what’s good? What’s popping? You in Atlanta? I see you in Atlanta. Boom. Slide through.’”

Renner was confused and asked Newton why not. His explanation was very clear as well. “Because I don’t want to end up in your book.”

Renner has a book called ‘Judge This Cover’ where she speaks about her steamy experiences with people, and therefore, Newton didn’t want anything to do with it.

Renner once spoke up about Cam’s situation with his ex-girlfriend, Jasmin Brown, too. Brown talked about how she liked being submissive in relationships, and Renner had to disagree with her take.

“King treatment, and knowing your partner’s love languages- that’s one thing, Being submissive is a whole other thing,” Renner explained. “It’s its own thing. So if you find yourself abandoning your wants, needs, desires to make something work, I’m here to tell you, it was never a match to begin with.”

You can see Renner and Newton’s entire interview here.

Get Ready for Another Debt Ceiling Showdown

Do You Know The Net Worth of Thalapathy Vijay? A Look At His Assets...

Ruben Randall - July 19, 2022 0
Actress
Jade is a forthcoming American action crime film revolving around the titular heroine and her need to protect...