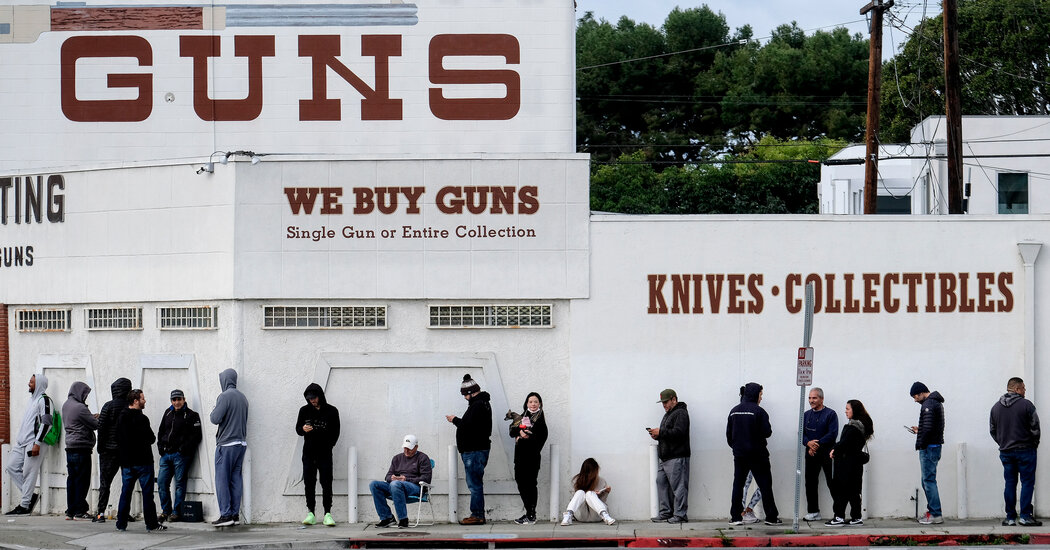 An appeals court panel ruled on Wednesday that California’s ban on the sale of semiautomatic weapons to adults under the age of 21 violated the right to bear arms found in the Second Amendment of the Constitution.

Judge Ryan Nelson, writing for a two-to-one majority in the U.S. Court of Appeals for the Ninth Circuit, struck down a ruling by a federal judge in San Diego that upheld what Judge Nelson called an “almost total ban on semiautomatic” rifles for young adults.

“America would not exist without the heroism of the young adults who fought and died in our revolutionary army,” Judge Nelson wrote. “Today we reaffirm that our Constitution still protects the right that enabled their sacrifice: the right of young adults to keep and bear arms.”

Judge Nelson rejected an argument, made by a lower court judge, that young adults “were considered minors or ‘infants’ for most of our country’s history without the rights afforded adults” and were therefore unfit for “responsible firearm possession and use.”

The office of Attorney General Rob Bonta of California, the case’s defendant, said it was reviewing the decision.

“California will continue to take all necessary steps to prevent and reduce gun violence,” it said in a statement. “We remain committed to defending California’s common-sense gun laws, which save lives and make our communities safer.”

The court did uphold a provision in state law requiring adults under 21 who are not serving in the military or in law enforcement to obtain a hunting license to buy shotguns or rifles. That requirement, the judges wrote, amounted to “sensible firearm control” measures, and was therefore constitutional.

The semiautomatic ban was part of an array of restrictions on gun ownership that Democrats in California recently passed in response to a rise in gun violence. Leaders are concerned about the illegal trafficking of weapons from surrounding states and the increased supply of homemade weapons, known as “ghost guns.”

Handgun purchases by buyers under 21 have long been banned in California. The stricter age limits for long guns were passed in 2018 after a series of mass shootings, including the killings at Marjory Stoneman Douglas High School in Parkland, Fla.

The conservative Firearms Policy Coalition, which brought the case and others like it across the country, predicted that Wednesday’s decision would be the start of a rollback of gun laws by conservative federal jurists.

“Today’s decision confirms that peaceable legal adults cannot be prohibited from acquiring firearms and exercising their rights enshrined in the Second Amendment,” Adam Kraut, the group’s vice president of programs, wrote in a statement.

The California case could be a preview of a more consequential challenge to a state’s right to regulate guns, with the Supreme Court expected to rule soon on a challenge to an early-20th-century law that limits who can carry handguns in public in New York.

Nicole Kidman’s net worth: ‘Roar’ actress earned $1M per episode for ‘The Undoing’

Ruben Randall - September 1, 2022 0
Actor
The filmmakers didn't expect Radcliffe to agree to star in "Swiss Army Man," but they had some hope after considering his filmography. He...