Viewers witnessed how Seo In Guk and Oh Yeon Seo’s characters unite in “Cafe Minamdang” episode 8. From mortal enemies, it seems like the duo’s cat-dog relationship is heading on a positive note. Interestingly, the mystery comedy drama’s viewership rating is rising after scoring an average nationwide rating of 5.0 percent, as Neilsen cites.

It is a 0.5 percent increase from its previous episode of 4.5 percent; however, “Cafe Minamdang” continues its perfect streak as the most watched series on its timeslot.

The drama stars where episode 7 left off, featuring a scene at the comfort of Joyce Entertainment.

As soon as Goo Tae Su left the men’s comfort room, Nam Han Joon and Han Jae Hee share information regarding the murder case of Kang Eun Hye, the girl at the sewer.

READ MORE: ‘Cafe Minamdang’ Episode 7: Seo In Guk Probes the Murder Case of the Girl at the Sewer

The duo hatched a plan to check the markings of the Joyce CEO was the real culprit.

At the acting audition, Han Jae Hee stunned everyone with her fighting skills and purposely kicked a beverage leaving the CEO drenched in a fluid.

Unfortunately, he accidentally stepped on a live wire, ended up being electrocuted, and was rushed to the hospital.

At this point, the fake shaman tells the female lieutenant that he was not the killer since Park Jin Sang doesn’t have burn marks on his wrist.

Despite their target being the wrong suspect, the hunt still continues for Han Jae Hee and Nam Han Joon. 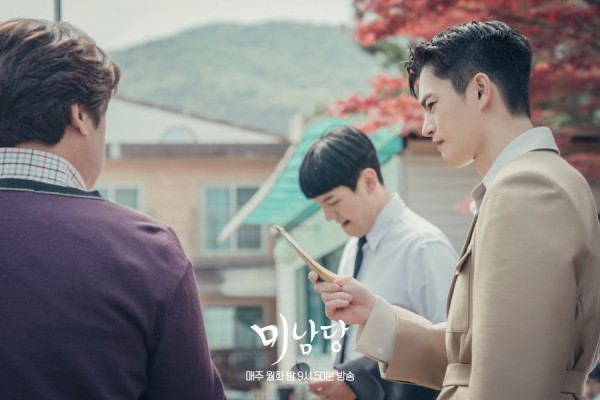 As the hunt for the serial killer continues, the duo gets a tip from Eun Hye’s friend at the agency.

She said she witnessed something before Eun Hye went missing and was declared dead.

Pulling a fake shaman act to win her trust, Nam Han Joon interrogated the tipster and was told that she saw Kang Eun Hye practicing at a studio with a female instructor. At first, she thought her friend was getting private lessons but was shocked to see that she was forced to dance naked.

The tipster revealed that she got it on a video but deleted it and sold the phone because she was too scared.

The two groups are now on a hunt to find the piece of evidence that would lead them to the real culprit.

After a series of cat fights for the evidence, they spent the night on the island since the last boat had already left the place. 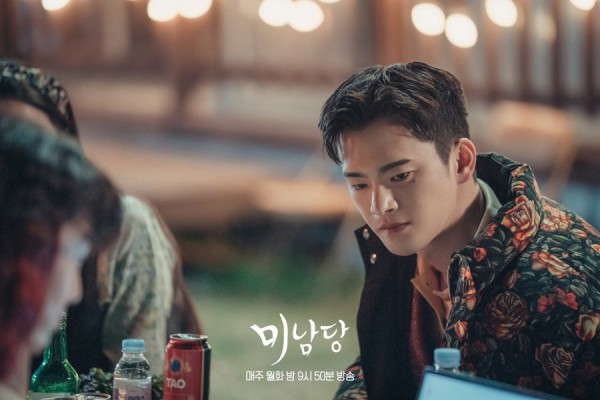 In “Cafe Minamdang” episode 8, Nam Han Joon was surprised to hear Han Jae Hee’s apology. She said how sorry she was for not believing and suspecting him.

The two almost kissed but were interrupted by prosecutor Cha Do Won.

As the two groups got new clues based on the video shared by Kang Eun Hye’s friend, they start tracking the man’s location with a birthmark on his neck.

See also  What to Watch on the Fourth of July

Nam Han Joon first got to the suspect’s hideout and pulled another shaman act to scare the goons.

IN CASE YOU MISSED IT: ‘Cafe Minamdang’ Episode 6: A Flashback at Seo In Guk, Oh Yeon Seo’s Terrifying Moment