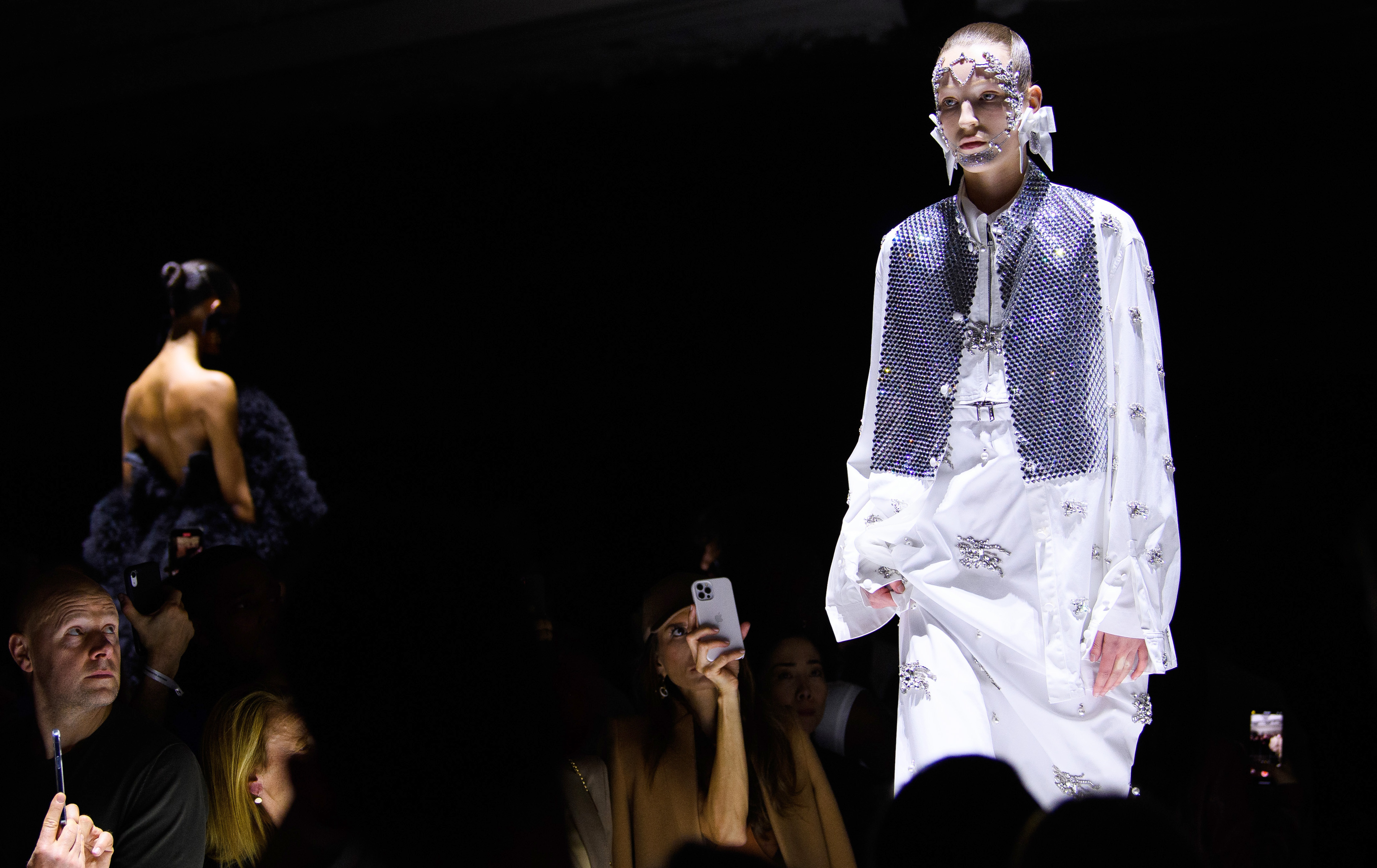 (CNN) — Days after announcing a buzzy collaboration with streetwear label Supreme, British fashion house Burberry staged a theatrical show in London on Friday, marking its first in-person collection unveiling since the start of the pandemic.

Held in Westminster’s Central Hall, in the heart of London, the event did away with the traditional runway show format. Instead, models entered the large domed ceiling space and paraded past a grand organ before making their way into the audience. Guests stood among a series of illuminated banquet tables, dressed with white tablecloths and fine china, that eventually served as pedestals for the models to pose on.

A live performance from the London Contemporary Orchestra, playing scores by Max Richter and Michael Nyman, and a one-hundred-person choir added to the drama.

Blending urban with country references, and traditional with modern ideas, the Fall-Winter 2022 collection was a celebration of the “dualities” of Britishness, according to show notes. Burberry’s Italian creative director Riccardo Tisci was inspired by London, a city he called a “place of dreams,” and the brand’s home for over 130 years.

Supermodel sisters Bella and Gigi Hadid both walked the show and actor Adam Driver was spotted in the audience along with Anna Wintour, Carla Bruni and Kate Moss.

Last week, Burberry and Supreme announced they were partnering on the creation of an upcoming Spring 2022 capsule collection including silk pajama sets, tracksuits, various outwear items and a skateboard.

“For Dating, It’s Impossible”: Arnold Schwarzenegger’s Daughter Was Adamant to Give...