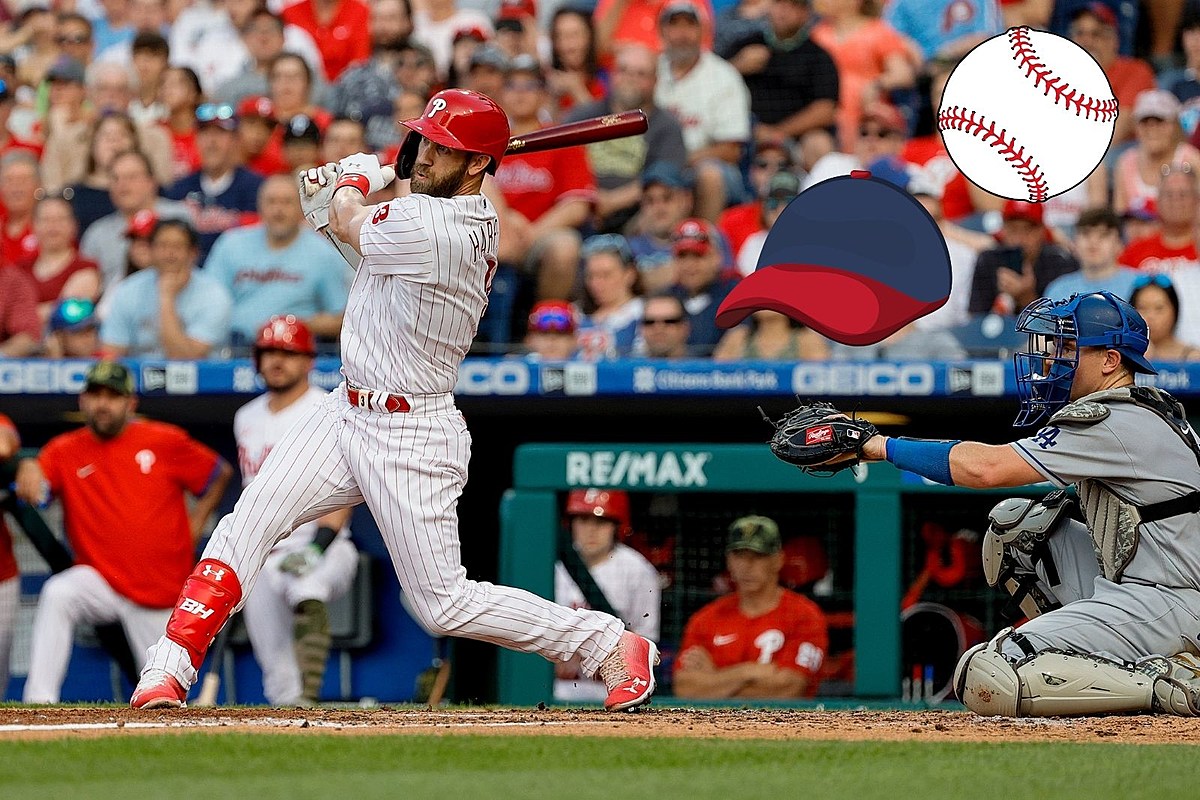 This Phillies fan just got the fan experience of a lifetime.

Keith Maguire, a Phillies fan who attended the most recent Phillies-Padres game at Citizens Bank Park in Philadelphia got to share a super memorable moment with Phillie’s right fielder, Bryce Harper.

Maguire was given a ticket to the game really last minute by one of his friends and realized he didn’t have any of his Phillies gear with him. The 21-year-old Phillies fan was back home from his college, Clemson University, to visit and forgot all of his jerseys and hats were left in his college house over 600 miles away.

Maguire and his friend Gavin McHugh hurried to the Phillies store when they entered the game to get Keith all-new Phillies gear so that he could rep his team while watching the game.

After they left the shop they sat down in their seats in the diamond club and were expecting to watch a pretty normal game, when something the friends will never forget.

As they’re watching the game, the two fans wave to Bryce Harper and they were super excited that Harper acknowledged them right back.

The two guys noticed that Bryce Harper had come out of the dugout with his hat in hand and a marker in the other.

He seemed to be signing his own hat and was about to give it out to someone. The two college students had no idea that Harper was about to offer to swap hats with Keith, who had just bought his new hat before the game started.

See also  Column: 'Love Actually' is like fruitcake: Love it or hate it (and I choose love), it's here to stay

According to an article on beyondthebell, Haper said to Gavin, “Yo, your buddy’s hat is sweet, can we do a trade-off?” He walked in with no Phillies gear and left with Bryce Harper’s signed game hat.

The guys posted the interaction on Twitter and gained more than 3,000 followers in just a few hours. This is for sure a story neither of those friends will forget.

I’m sure Keith Maguire is thankful he forgot all of his Phillies gear that day.

These are the Hottest Concerts in Philadelphia for Summer 2022

The summer of 2022 will bring some of the best concerts from some of our absolute favorite artists to Philadelphia (including Olivia Rodrigo, Shawn Mendes, Lizzo & more). Here’s a COMPLETE list of all of the show & how you can get tickets to Philadelphia’s hottest concerts of 2022.

Ruben Randall - November 3, 2021 0
Celebrity
As so many others around the NHL spoke with fear and uncertainty, seeming near ambivalence,...