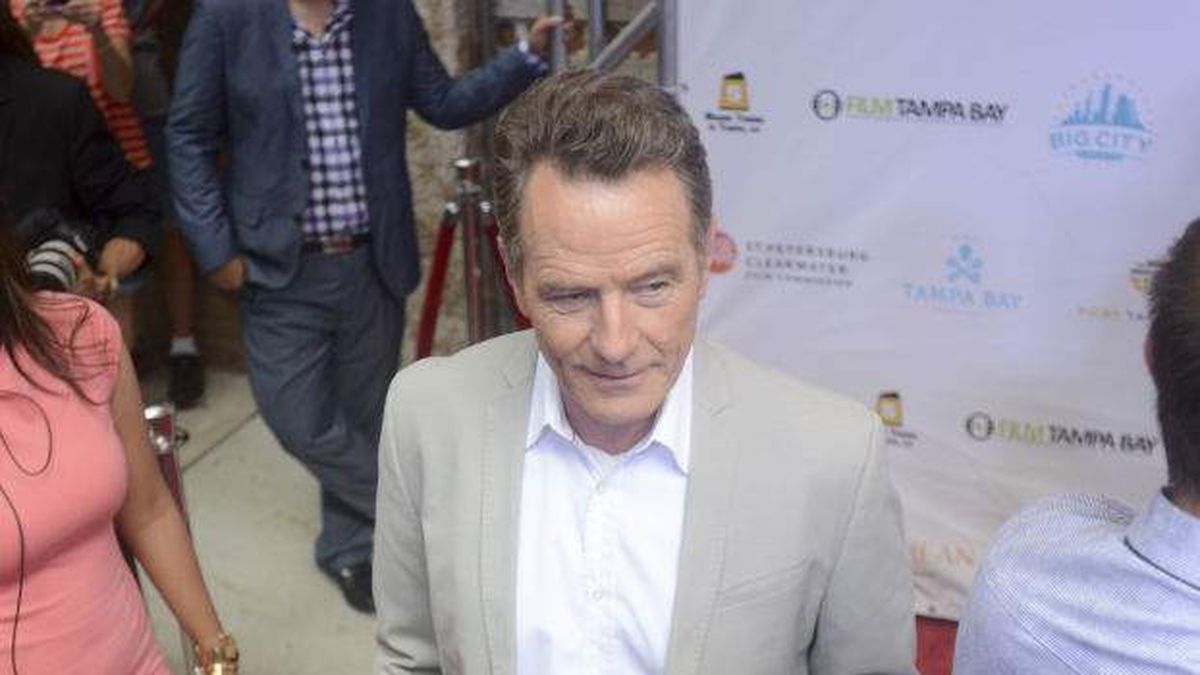 TAMPA — Nearly everyone in attendance walked the red carpet when “The Infiltrator” premiered at Tampa Theatre in 2016, from star Bryan Cranston to those who bought tickets for the screening of the movie with scenes shot throughout Tampa Bay.

But Tampa Bay area resident Robert Mazur chose to slip into the building in anonymity and sit in the balcony, far from the cameras snapping photos of Cranston, who portrayed him in the movie.

“The Infiltrator” was based on Mazur’s autobiographic book of the same name, about his work as federal agent posing as a mob-connected Tampa businessman to bust a financial institution laundering millions of dollars for Colombian drug kingpin Pablo Escobar.

Most of the bad guys connected to that 1980s investigation are dead or in prison.

Still, to be safe, Mazur prefers to keep his image out of the public. But he’ll return to Tampa Theatre at 2 p.m. on Aug. 27, this time front and center.

He will be on stage to discuss his new book, “The Betrayal,” which was recently optioned for a movie by Amazon Studios. Cranston will again star as Mazur.

There will be precautions at the event; photographs are forbidden.

“Over the last 10 years, I’ve probably done hundreds of appearances, but most of those were for private organizations that knew who was going,” Mazur said.

Related: Haylie Duff is directing and starring in a movie in Tampa Bay

This will be his first appearance in front of an unvetted audience. He is only doing so for a good cause. A raffle will benefit GiGi’s Playhouse, which is a Down Syndrome achievement center in Tampa.

“It serves 600 families in the community,” Mazur said. “If I can be a part of helping it to get more funding, I will take my chances.”

Plus, the event is in his home community.

“At every event I have done, I have respectfully requested no photos or videos, and no one has violated that,” Mazur said. “If my hometown now violated that, what a world we live in.”

Cranston will appear in a video to remind everyone of the rule.

“Robert is one of the foremost experts on financial and drug dealing espionage in the world,” Cranston says in the video provided to the Tampa Bay Times. “His covert operations have resulted in a lot of bad guys spending their lives behind bars, which has also made him a target. So, at this event, there will be no photography or video recording allowed.”

Robert Mazur, a former federal undercover agent who helped bring down financial institutions that laundered money for drug cartels. For safety reasons, he does not appear in photographs. [ Courtesy of Robert Mazur ]

While still director of the FBI, Robert Mueller said the true story of “The Infiltrator” with an international investigation based out of Tampa was “one of the largest money laundering prosecutions in U.S. history,” according to news archives.

It was the subject of a U.S. Senate hearing chaired by John Kerry.

”Robert Mazur not only took the lead undercover role, but fought valiantly against the bureaucratic difficulties,” says Kerry’s editorial review on Amazon. “It was as significant an accomplishment as we have seen in law enforcement in recent times.”

Subscribe to our free Top 5 things to do newsletter

You’re all signed up!

Want more of our free, weekly newsletters in your inbox? Let’s get started.

Explore all your options

Mazur’s work ultimately brought down the international financial institution that was laundering for Escobar’s cartel.

“The Betrayal” takes place three years later, with him assuming the identity of a president of an international trade finance company to infiltrate the financial organizations laundering money for Colombia’s notorious Cali cartel. That mission — again based out of Tampa — became even more dangerous when Mazur was betrayed and outed.

See also  All Glory To The Hypnotoad: An Oral History of Futurama’s Mind-Altering Amphibian

“Clearly, that’s a betrayal that nearly got me killed,” Mazur said. “But as I got into thinking about these issues, I thought there were so many other layers of betrayal that made this story even more interesting.”

There is also the betrayal of those in the international banking industry who help cartels.

“There’s a crop of people, pillars of the community, who would dissuade the world from thinking that they are actively and vigorously involved in handling the $2 trillion a year that’s out there to be laundered,” he said.

Mazur’s betrayal of his family is another theme.

“It’s a betrayal I’ve now recognized in my own life in choosing to go on this crusade,” he said. “I really betrayed the people who I loved the most. I sacrificed time and relationships. A constant question I am asked is, ‘If you could do it over again, would you?’ And my answer is absolutely not. The sacrifice for people who do what I do is too great.”

Still, the work is necessary.

In Robert Mazur’s new memoir, “The Betrayal,” he details his second undercover trip into the underworld, where he saw how criminal enterprises operate and how dirty money gets laundered. [ Courtesy of Robert Mazur ]

Mazur added that he neither wrote the books nor agreed to the movies for fame. Rather, he wants to bring attention to the crime and the work that must be done to stop it.

“I know so many people who sacrificed so much of their lives,” he said. Many reside in Tampa, which he said should make the city proud.

It is not yet known when production could begin. The script is being finalized.

Brad Furman, who directed “The Infiltrator,” is also signed on for “The Betrayal” and prefers to use authentic locales, Mazur said. So the production could film in Tampa.

Cranston seems to think that, too.

“I look forward to being back in Tampa Bay soon,” Cranston says in the video.

As he did for “The Infiltrator,” Mazur will work closely with the production team on “The Betrayal.”

But, if he appears in a scene, it would likely remain a secret.

“It shouldn’t matter what I look like,” Mazur said. “What matters is that there are public servants who are willing to do the types of things needed to make the world better for all of us. That is what really counts.”

A Conversation with Robert Mazur

Admission: Tickets are $28.50 and can be purchased in advance at tampatheatre.org.