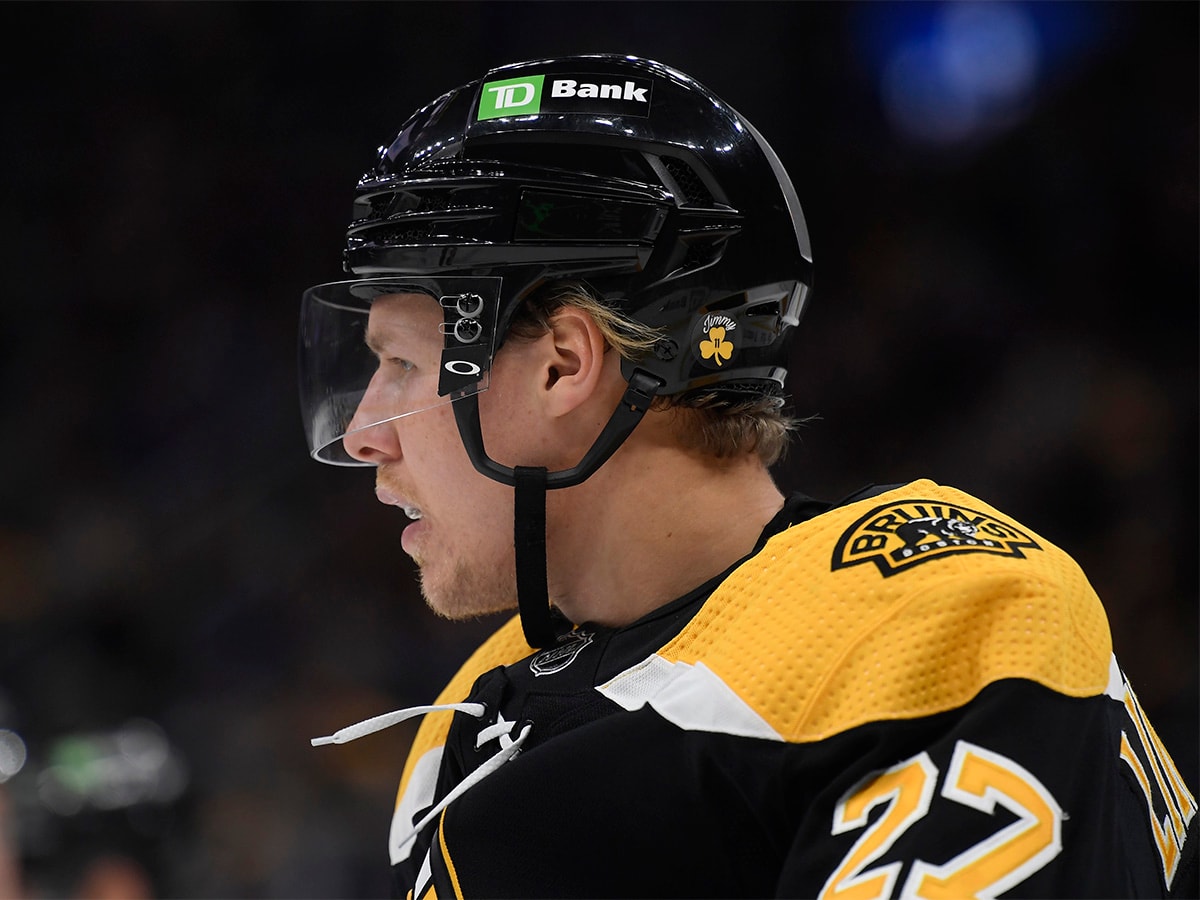 The Boston Bruins were already seriously banged up going into Tuesday’s game against the Detroit Red Wings. They took a 5-3 loss on the scoreboard, but the defeat came at potentially a bigger cost.

Defenseman Hampus Lindholm became the latest Bruins player to exit a game with an injury on Tuesday night. Lindholm left after a shift late in the second period, then the Bruins later ruled him out during the third period with what they termed a lower-body injury.

Bruins head coach Bruce Cassidy was cautiously optimistic about Lindholm’s status when he spoke to reporters after the game.

“I don’t think it’s serious, but you don’t know better until you get better information,” Cassidy said on the Lindholm injury (via Shawn Hutcheon). It’s possible the Bruins merely held Lindholm out as a precautionary measure in a two-goal game and what amounted to a “scheduled loss.” Boston was also missing forwards David Pastrnak and Trent Frederic in the game, forcing Cassidy to shuffle his lineup for the second night of a back-to-back.

Lindholm had logged four assists in six games with the Bruins, while averaging 23:04 of ice time, prior to Tuesday. It’s likely the team has an update on Lindholm after more information is gathered at some point on Wednesday.

The Bruins are off until Friday, when they play the Tampa Bay Lightning at Amalie Arena.

Matt Dolloff is a writer and podcaster for 985TheSportsHub.com. Any opinions expressed do not necessarily reflect those of 98.5 The Sports Hub, Beasley Media Group, or any subsidiaries. Have a news tip, question, or comment for Matt? Yell at him on Twitter @mattdolloff and follow him on Instagram @realmattdolloff. You can also email him at [email protected]

Is it time for the Bruins to go preventative with David Pastrnak?

NEXT: The ‘Hampus Lindholm Effect’ sparks the Bruins

Here’s All of The Kardashian and Jenner Family’s Businesses