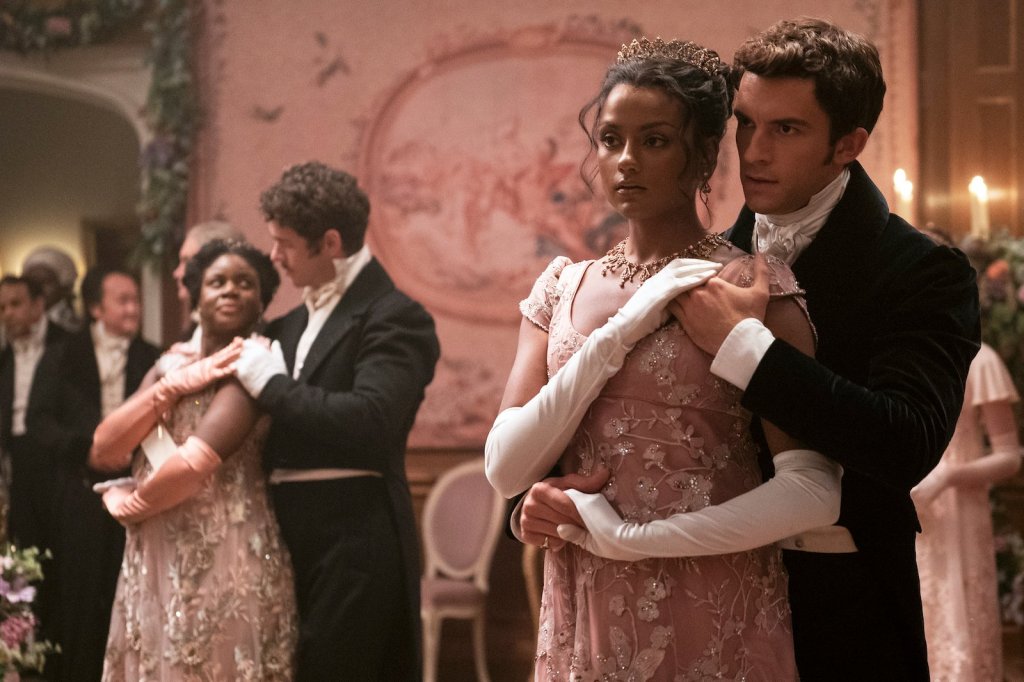 “But you’re covered in diamonds,” exclaimed Farida Khelfa as she and Carla Bruni sidled up to Philippine Leroy-Beaulieu under the indoor colonnades of Paris’ Palais de la Bourse, where the Ami show took place.

Could it be that Leroy-Beaulieu made off with some of the Queen of England’s jewels, during the filming for her appearance in Netflix’s “The Crown”? Although she demurred on that front, she did advise Parisians “be a bit more like English people — not to give a hoot about how you’re dressed and be able to do anything, in any outfit. In France, we are too tame.”

Leroy-Beaulieu, who portrays the formidable Sylvie in Netflix’s “Emily in Paris,” confirmed that the fictional public relations executive would definitely hop on the subway, six-inch heels and all. “Perhaps an Uber or two, but no more. You know how bad Paris traffic is nowadays,” she tutted.

“That suit wouldn’t last a second in the métro,” tittered a guest as they spotted British actor Jonathan Bailey, who plays the titled eldest brother in the Bridgerton family, posing gamely in a bright pink suit.

Another fan of public transport was Pierre Niney. “I’ve always taken the subway my whole life. I love it,” said the French actor, who portrayed Yves Saint Laurent in the 2014 biopic about the couturier, confessing he hadn’t taken it in the past couple of weeks. “Although with the mask, you can’t properly observe people — their habits, their faces,” so he was walking instead.

See also  Arnold Schwarzenegger, 75, teams up with friend for his near-daily morning bike ride in LA

Luckily for him, his next project won’t require too much character research as he revealed he’d be producing and starring in an upcoming Netflix series, poking fun at his fellow actors and their industry. “It’s a mockumentary that’s set on a cinema set,” he said with evident relish.