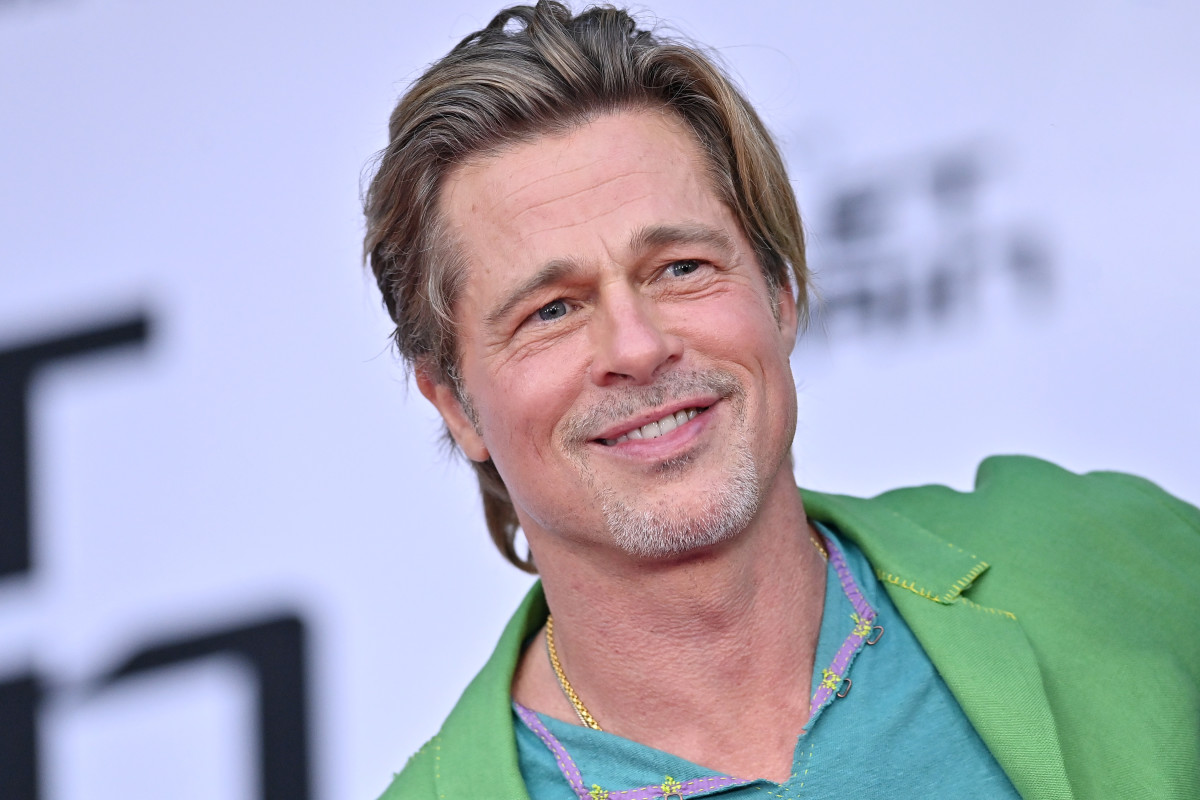 There’s no denying that Brad Pitt is one of the most famous movie stars ever, and Brad Pitt’s net worth reflects decades of work in and out of Hollywood. The actor has even transitioned into a prolific producer, racking up Oscar nominations—and a of couple wins—along the way.

From high-profile relationships to even higher-profile breakups, the public is fascinated by every aspect of Pitt’s life. He’s also proved he’s more than just a pretty face with several highly praised performances. It truly feels like there’s nothing this superstar can’t do!

Here is everything you’ve ever wondered about Brad Pitt’s net worth.

How did Brad Pitt become famous?

It’s hard for many of us to think of a time before Brad Pitt was famous. He started his career in the late 80s, first with uncredited parts in movies and with a smattering of guest starring roles on a number of TV series like Another World, Growing Pains, and 21 Jump Street. However, it wasn’t until his role in Ridley Scott’s 1991 modern-day feminist classic Thelma & Louise that Pitt earned major attention. Pitt played J.D., a cowboy-hat-wearing small-time crook who ends up seducing Geena Davis’ Thelma and then robbing the duo. It is said the movie’s love scene is what earned Pitt his status as a sex symbol, which endures to this day.

Pitt had several leading man follow-up roles the next year, the most notable of which was A River Runs Through It, directed by Robert Redford. He earned praise for his performance, establishing himself as being able to carry a movie. Pitt continued to make interesting choices in roles, worried about being typecast because of his boyish good looks. His starring role as Louie in Interview With The Vampire opposite Tom Cruise further established this pattern, followed by roles in Se7en and 12 Monkeys the next year, the latter of which earned him his first Academy Award nomination. By that point, Pitt was a bonafide star and pretty much had his choice of any project he wanted.

According to Celebrity Net Worth, Brad Pitt currently has a net worth of a whopping $300 million. Pitt makes top dollar as an actor but has also earned this money through his smart choices as a producer with his production company, Plan B. And, let’s be honest, he’s earned a good deal of money through his endorsement deals too.

Who is richer, Angelina Jolie or Brad Pitt?

Brad Pitt was in a very high-profile relationship with superstar actress Angelina Jolie for over a decade and married for two years before separating in 2016 and officially divorcing in 2019. Pitt and Jolie share six children, three biological and three adopted.

Angelina Jolie currently has a net worth of $120 million in 2022. That makes her net worth just shy of half of her ex-husband’s, as we have already established Pitt’s net worth as $300 million. Unfortunately for Ms. Jolie, that means Brad Pitt is considered the richer of the two.

Related: Angelina Jolie and Brad Pitt Are Divorcing ‘For the Health of the Family’

How much money does Brad Pitt make per movie?

As one of the biggest and most sought-after actors in the business, Brad Pitt earns top dollar for his movie roles. He typically earns at least $20 million for his acting alone, sometimes with points on the backend that entitle him to a portion of the movie’s profits. However, when Pitt assumes the role of producer on a film, he has the ability to earn even more from his projects, whether he is also starring in them or not.

How much does Brad Pitt make a year?

The amount that Brad Pitt earns a year can vary depending on the number of projects he takes on both as an actor and as a producer. However, it has been reported that Pitt typically earns at least $25 million per year. Considering the amount of movies he’s most likely working on at any given time, this number tracks.

How much did Brad Pitt get paid for The Lost City?

Brad Pitt had a small but fun role in the 2022 Sandra Bullock and Channing Tatum romantic comedy adventure movie The Lost City. For his role with minimal screen time, Pitt still pulled in a cool $2 million, which is reportedly almost as much as leading man Tatum was paid at $2.5 million and actually equal to Daniel Radcliffe’s salary as the main antagonist. Leading lady Bullock was able to earn the highest salary at $10 million, good for her!

How much did Brad Pitt get paid for Troy?

By the late 90s, Brad Pitt was reportedly earning around $17.5 million per movie for his acting roles. He was paid that amount for the part of Achilles in Troy. He also gained around 20 pounds of muscle to play the Greek warrior—so he made almost a million per pound!

How much did Brad Pitt get paid for Friends?

Brad Pitt was famously married to actress Jennifer Aniston from 2000 to 2005. Their marriage notoriously ended due to his alleged affair with future ex-wife Angelina Jolie during the making of 2005’s Mr. and Mrs. Smith. However, back in 2001, Pitt made a fun guest appearance on the sitcom that made Aniston a star, Friends, in the season 8 Thanksgiving episode “The One With the Rumor.”

It is not known how much Pitt earned for this cameo—or if he was even paid at all. There is a well-known rumor that Bruce Willis guest starred on Friends for free because he lost a bet to his Whole Nine Yards co-star Matthew Perry, however, it appears Willis actually just donated his salary to charity. We do know that Pitt’s episode was the subject of some controversy due to the insensitive handling of some of its subject matter.

Pitt’s salary would most likely not have been anywhere comparable to the one he receives for his movie roles at any rate.

How much did Brad Pitt make for Deadpool 2?

Brad Pitt has a blink-and-you’ll-miss-it yet ultimately hilarious cameo in Deadpool 2. For this role, Pitt was needed on set to film for a half hour total. In a good-natured move, Pitt agreed to do the cameo for SAG-AFTRA scale, the daily minimum rate for a performer, which, at the time, was either $933 or $956, depending on when he filmed.

How much did Brad Pitt make for Once Upon a Time in Hollywood?

For the chance to work with Quentin Tarantino for his eventual Oscar-winning role in Once Upon a Time in Hollywood, Brad Pitt agreed to take a cut to his usual salary request. He appeared in the movie for $10 million … So yeah, we don’t feel too sorry for him.

How much did Brad Pitt get paid for Benjamin Button?

It is not known exactly how much Brad Pitt was paid for his leading role in 2008’s The Curious Case of Benjamin Button, a role which earned Pitt an Oscar nomination. We can assume it was most likely in the range of $20 million, as that is Pitt’s usual asking price.

However, we do know that Pitt’s co-star, Taraji P. Henson, was paid “less than 2%” of Pitt’s salary for the movie, in a role that would go on to earn her an Academy Award nomination. Henson had an asking price of half a million dollars yet was offered just $150,000—in addition to having to pay her own housing fees while on location shooting for the film, which is not the norm for big budget movies. She says her salary was dwarfed in comparison to the millions Pitt and leading lady Cate Blanchett were paid for their roles. Do better, Hollywood!

How much did Brad Pitt get paid for Fight Club?

At the time 1999’s Fight Club was being filmed, Brad Pitt’s asking price for movie roles was $17.5 million, which he received for appearing in the movie. But … don’t tell anyone I told you, because we’re not supposed to talk about Fight Club.

How much did Brad Pitt make for Mr. and Mrs. Smith?

Brad Pitt was already a very well-established movie star by the time he appeared in 2005’s Mr. and Mrs. Smith, for which he pulled in a $20 million paycheck. However, despite the fact that she was also a superstar and even had an Oscar to her name, his future wife Angelina Jolie pulled in half that salary at $10 million. While $10 million is nothing to sneeze at, do we really think Jolie deserved half of her male costar’s pay? C’mon Hollywood! DO BETTER!

How much did Brad Pitt make for Moneyball?

Brad Pitt’s exact salary for acting in the movie Moneyball is not known, however, we do know it was over $10 million. Pitt also was a producer on the film, which went on to earn six Oscar nominations, including two for Pitt, one for acting and one for producing the Best Picture nominee. Sounds like money well spent.

How much did Brad Pitt make for Ocean’s 11?

Brad Pitt initially took a salary cut in order to appear in the star-studded 2001 movie Ocean’s 11, receiving $10 million for his role. However, Pitt also negotiated a deal to receive points on the backend that would entitle him to a percentage of the movie’s profits. When all was said and done, Pitt ended up earning around $30 million for his role in the hit movie.

How much did Brad Pitt make for Inglourious Basterds?

Just like he did for his role in Once Upon a Time in Hollywood, Brad Pitt agreed to take a pay cut in order to appear in Quentin Tarantino’s Inglourious Basterds. Pitt received $10 million for his role in the history reimagining movie.

Next, find out Ashton Kutcher’s net worth.

Rebecca Ferguson was ‘forced to work’ and almost died while suffering...

Ruben Randall - February 14, 2022 0
Actress
Singer Rebecca Ferguson has taken to social media to share her heartbreak after suffering a miscarriage. The singer who found fame on The X...