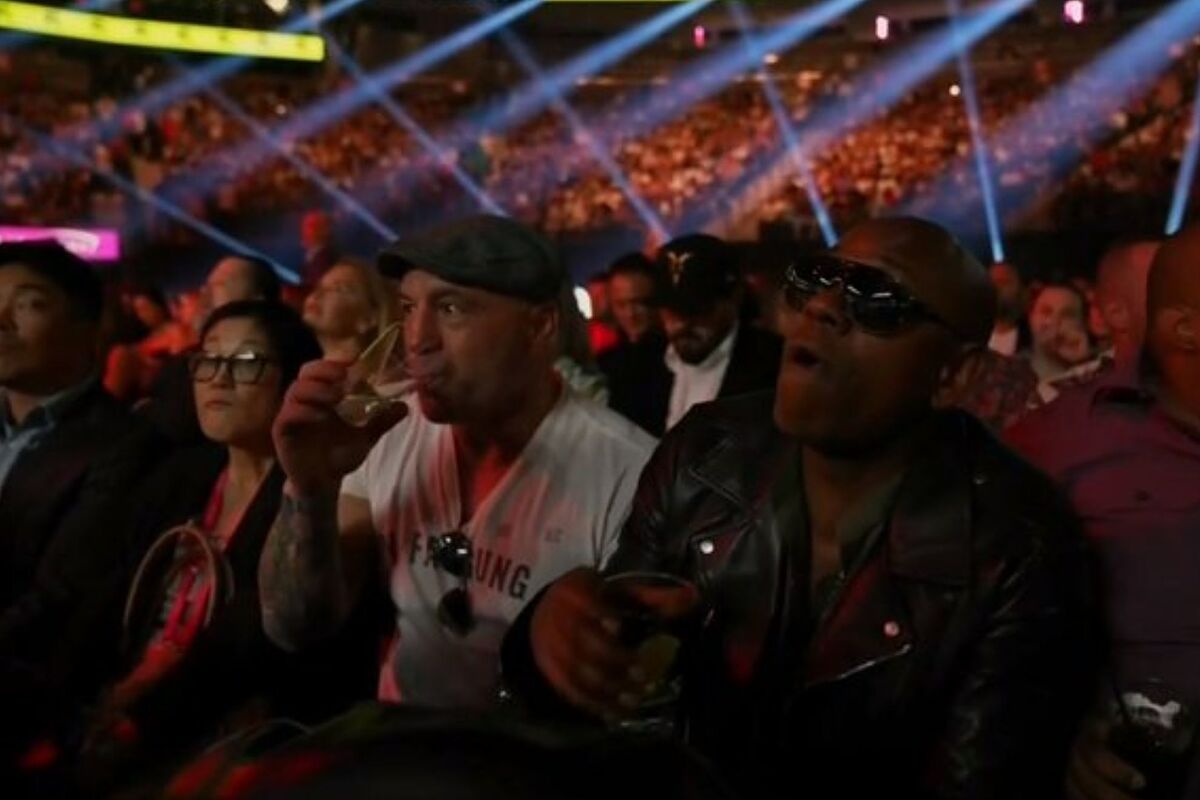 Comedians Joe Rogan and Dave Chappelle were among the A-list celebrities in attendance at the Saul “Canelo” Alvarez vs. Gennady “GGG” Golovkin fight at T-Mobile Arena in Las Vegas on Saturday night.

The pair of comedians were sitting ringside together and sipping on drinks as Canelo defeated GGG via unanimous decision.

Rogan attended the fight an hour after also sitting ringside at UFC Fight Night in the Vegas Apex.

He was sitting with former teammate Juan Toscano-Anderson, who now plays for the Los Angeles Lakers.

Canelo accompanied by Michael B. Jordan

Creed actor Michael B. Jordan accompanied Canelo on the ring prior to the start of the fight.

Canelo is reportedly going to make his acting debut with an appearance in the new film Creed III.

Another well-known artist in the arena was mariachi singer Alejandro Fernandez, who sang as Canelo prepared to make his walk to the ring.

The Cinema Aficionado – BroadcastPro ME