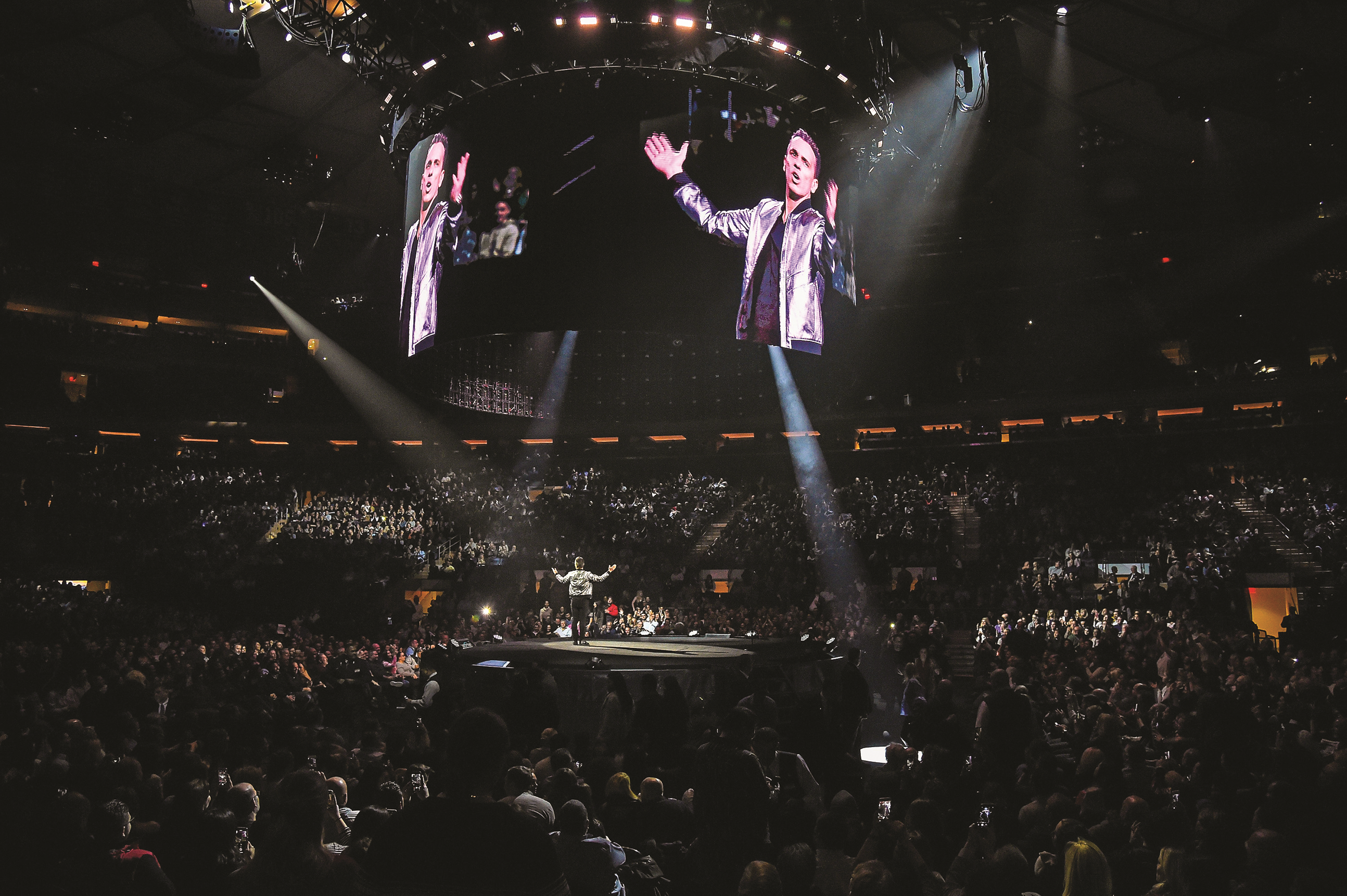 Expectations should be high for Sebastian Maniscalco’s new “Nobody Does This Tour” if box office reports from the four years prior to 2020 are any indication of success. Data stored in Pollstar’s archives show steady annual growth in both gross and tickets sold at the comic’s headlining dates beginning in 2016.

Like most comics, Maniscalco has always played a considerable number of theaters and performance halls that fall in the 2,000-seat capacity level. Also, his itineraries generally include casino showrooms that can range from 3,000 to 4,000 seats. But in 2018 and 2019, he added arenas to the mix and saw attendance tallies ranging from 11,000 to 19,000 or more for a single performance.

See also  What Is Harry Kane's Net Worth and Salary?

Then in November of that same year, he set a record with his largest crowd ever for one arena performance at Chicago’s United Center. The sold-out event in his hometown produced a ticket count of 19,807 with grosses landing just under the $2 million mark. Tickets that night were priced from $39 to $129. Both the New York and Chicago engagements, promoted by Outback Presents, featured comic Pat McGann as show opener.

On his 2018 tour, Maniscalco performed at arenas in five markets, beginning with Toronto’s Scotiabank Arena in March. Then, in the fall, he played Philadelphia’s Wells Fargo Center in September, FirstOntario Centre in Hamilton, Ont. in October, two nights at Mohegan Sun Arena in Uncasville, Conn. in November and a play at BB&T Center in Sunrise, Fla. between Christmas and New Year’s Eve.

One of his highest-profile events in 2018, though, was not an arena date like the multimillion-dollar engagement at the Garden the following year, though it also occurred in the Big Apple. Maniscalco sold out five shows at Radio City Music Hall from April 19 through 21, moving 27,941 total tickets. Overall grosses from the run registered $3.4 million from tickets beginning at $55.75 each and topping out at $296.

See also  55 Most Romantic Movie Couples Of All Time

New York audiences also came out strong for the comedian in an earlier multiple-show stand at the Beacon Theatre, where he played seven shows in May 2016, drawing 18,051 fans to the venue for a gross topping $1 million.

Among other venues that have multiple shows recorded for Maniscalco stretching back as early as 2011 are the Borgata Casino in Atlantic City, N.J. with 27, The Wilbur in Boston with 25, Chicago Theatre and Wind Creek Event Center in Bethlehem, Pa., both with 11, Barbara B. Mann Performing Arts Hall in Fort Myers, Fla. with 6 and The Theater at MGM National Harbor in Oxon Hill, Md. with 5.

Ruben Randall - February 18, 2022 0
Money
The following post contains SPOILERS for the Peacemaker finale.Peacemaker’s confrontation with the Butterflies came to an end in the just-released season finale of the series....

Who Is Steve Hash Husband Of Ally Hilfiger After She’s Partying...