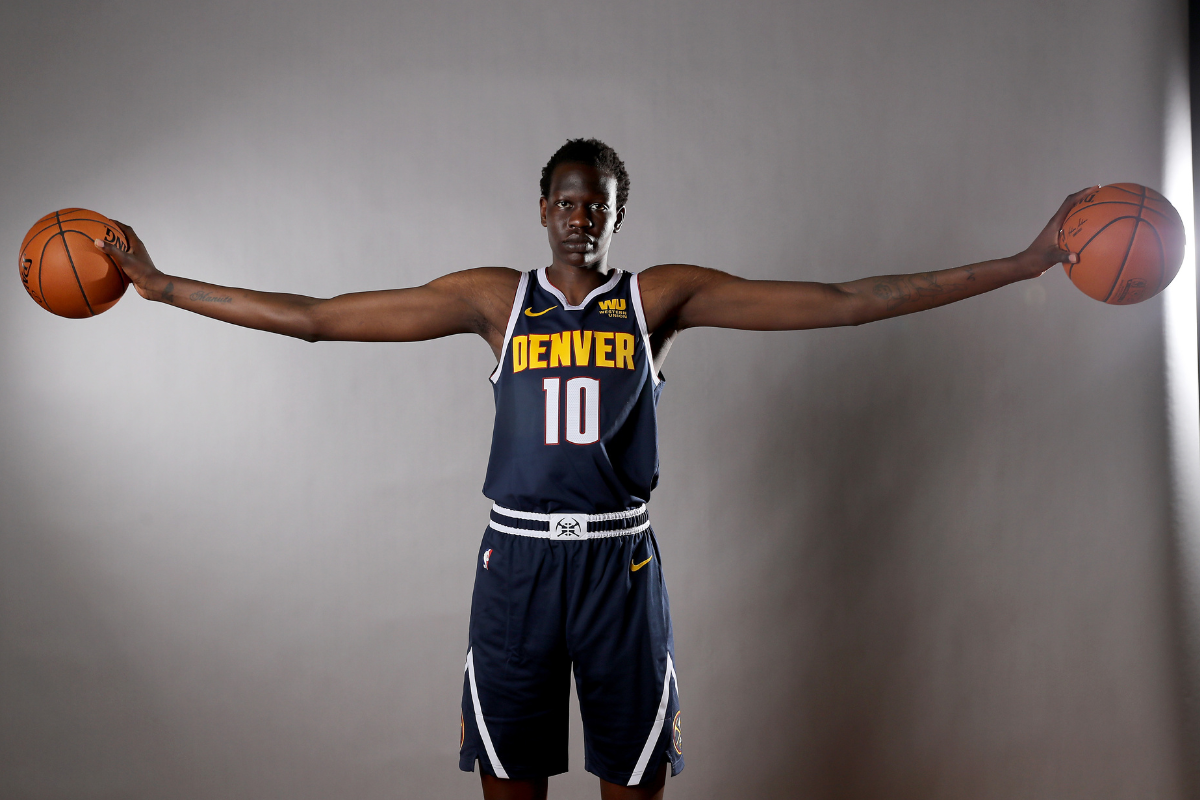 I miss the NBA Bubble. It was a welcome escape from the dark days of the COVID-19 pandemic. Games running from noon to the depths of night made the long, slow days a little more bearable.

Plus, we got to see the emergence and since-disappearance of T.J. Warren. Damian Lillard went bonkers. The Phoenix Suns showed their first glimpses of a top NBA team. Jimmy Butler led the Miami Heat to the Finals. Luka Doncic hit one of the greatest shots I’ve ever seen in real-time against the Los Angeles Clippers. Finally, we got to see the most we ever saw of Denver Nuggets center Bol Bol.

Once again, hoop fans were excited to see what the second-round draft pick could do at the pro level. He sat most of his rookie year, but made his debut in the Orlando bubble and showed what a unique player he was. It’s like watching a praying mantis who can shoot threes. The Nuggets punted on Bol in January by dealing him to the Boston Celtics (after a deal with the Detroit Pistons was voided because of a failed physical), but he never appeared in a game in Beantown and was traded to the Orlando Magic less than a month later. He never saw action for the Magic, either. In his three seasons in the league, Bol has only appeared in 53 games not including the inked him to a two-year deal in NBA free agency. Bringing back Bol gives Orlando an absurdly tall front court.

RELATED: The 12 Tallest NBA Players in History Don’t Just Block Shots, They Block Out the Sun

The Magic should consider renaming themselves “The Orlando Forest” because they have seven guys 6-foot-10 or taller. Here they are in descending order:

7-footer Robin Lopez was on the roster last season, but he just signed a free-agent deal with the Cleveland Cavaliers. Other than Lopez, the Magic just resigned Bamba, Isaac is under contract for three more seasons, Carter has had a resurgence since being dealt from the Chicago Bulls, Mo Wagner was a decent reserve, his little brother Franz was one of the league’s best rookies last season and Banchero was this year’s No. 1 overall pick.

Resigning Bol is doubling down on athletic, freakishly tall guys. Bol, Bamba, and Isaac are cut from the same cloth and, on paper, they’re the kind of guys NBA teams dream of. However, all three have a difficult time staying healthy. As I mentioned, Bol has only played 53 games while Isaac hasn’t played in two years and Bamba has played under 50 games twice in his four pro seasons.

But, I have to say, I’m intrigued by the Magic swinging for the fences. If these guys can get healthy, particularly Isaac, they could have one of the scariest frontcourts in the league. Carter showed progress last season by averaging a dropdown#toggle show.dropdown->editor#highlightActiveTerm hide.dropdown->editor#clearActiveTerm” data-dropdown-target-param=”#dropdown_term_232380337″ data-dropdown-placement-param=”top”>rebounds, and Banchero should contribute right away. Pair Carter or Banchero with any of Bol, Isaac and Bamba, and you have young, dynamic, athletic guys at the power forward and center spots.

Plus, having twin-tower big guys is becoming a trend again. The Cleveland Cavaliers broke out last year with Evan Mobley and Jarrett Allen. The Boston Celtics started Al Horford and Robert Williams III during the NBA Finals. The Memphis Grizzlies started Jaren Jackson Jr. and Steven Adams on their way to a second-place finish in the Western Conference.

Signing Bol is worth the risk because he’s still only 22, and a 7-foot-2 guy who can shoot threes will always have a spot on an NBA roster. If, and it’s a big if, the professional basketball player can stay healthy, they’ll look like geniuses. If not, it’s no different than what the Nuggets experienced. Personally, I’m hoping Bol — along with Isaac and Bamba — can make it work because few guys in the league have their bodies and skills. If nothing else, seeing the All-Gangly team would be fun. They could hold hands and form a human link to Miami. That by itself is worth rolling the dice.

Olivia Cooke Wasn’t Sure She Wanted To Win Her House Of...

Ruben Randall - October 13, 2022 0
Actress
In an interview with The Guardian, Olivia Cooke explained that before "House of the Dragon," she had found a "sweet spot." After living in...