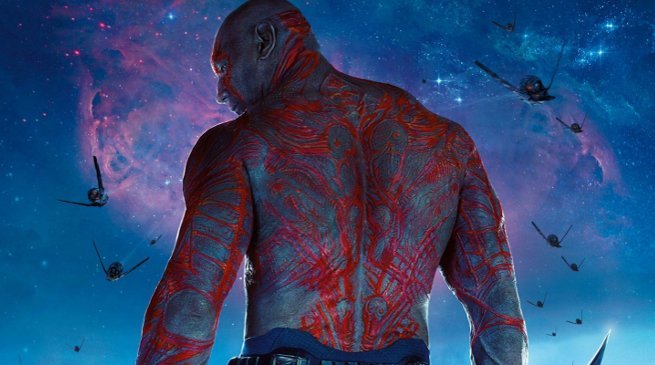 Bautista is a WWE champ who later turned into an actor. Best known for his portrayal of Drax in The Guardians Of The Galaxy series, he is a multi-talented personality. In the WWE ring too, he had been a dominant figure, being active from 2002 to 2010 and then again from 2018 to 19.

But while most may recognize him due to his TV career, Bautista has had some dark days too. From being a lonely and troubled kid to an actor with a net worth of $16 million, he’s come a long way. And, according to this enigma himself, bodybuilding had a lot to do with this transformation.

Bautista quit professional wrestling in 2019 after he lost a bout to wrestler Triple H. It was during this time he decided to swerve lanes into acting. But, before that, he had to come face-to-face with his childhood issues.

In an interview, Bautista remarked, “I don’t take this lightly when I say this but bodybuilding saved my life. I was a really fu**ed up kid.” He also said how the gym helped him with his anger and aggression, so he didn’t channel them in a destructive way.

Bautista had an experience in wrestling, so when he took up bodybuilding, his physique quickly responded. The result? A physique that Hollywood swoons over. Bautista found his whole experience in this sport to be very “therapeutic”.

See also  Khloe Kardashian Net Worth 2022: How Rich is the KUWTK Star?

Time and again gym and lifting have been proved to be a good kind of activity. It helps release the “happy chemicals” of the brain and thus can be good therapy. But, Bautista isn’t the only celebrity who has resorted to gym and bodybuilding to cope with hardships.

The Kardashian sisters are famous for their perfect body ratio and hourglass shape. But, Khloe Kardashian also resorted to physical exercise to control her anxiety, according to a source. Other individuals like singer Ellie Goulding and Demi Lovato have also confirmed doing the same.

WATCH THIS STORY: From Dwayne ”The Rock” Johnson To Arnold Schwarzenegger – Here Are Top Bodybuilders Who Switched Careers To Acting

With new offers coming, Dave’s way fans are brilliantly happy to know that he is doing great currently.

EXCLUSIVE: “He came and worked every day. Whatever happened after that is out of...

100 worst horror films of all time