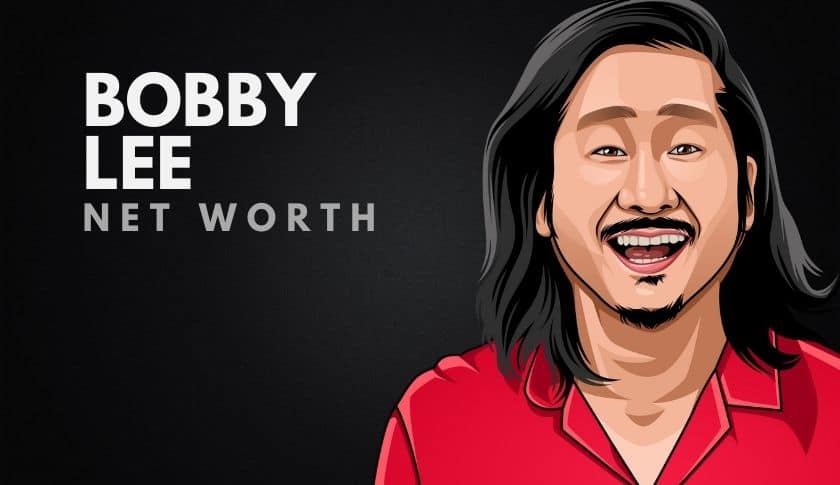 What is Bobby Lee’s net worth?

Net Worth:$1 MillionAge:48Born:September 17, 1972Country of Origin:United States of AmericaSource of Wealth:Professional ActorLast Updated:2021

Bobby Lee is an American actor, podcaster, and comedian who is best known for being a member of the ‘MADtv’ that aired from 2001 to 2009. He started to work for the Comedy Story and decided to perform on one of their amateur nights. Since then he made a name for himself in the comedy industry.

Lee is also known for his roles in the movies ‘Harold & Kumar Go to White Castle’, ‘The Dictator’ and ‘Pineapple Express’. He co-starred in the series ‘Splitting Up Together’ alongside Oliver Hudson and Jenna Fisher between 2018 and 2019.

Robert Young Lee Jr. was born on the 17th of September, 1972, in San Diego County. When he attended high school he was part of a breakdancing team. When he turned 18 years old he moved out from his parent’s house and took different jobs in coffee shops and restaurants.

His parents owned different clothing stores in California. Lee’s younger brother is a musician and host of a podcast entitled ‘The Steebee Weebee’. His brother has made guest appearances on MADtv.

Bobby Lee’s comedian career started when he decided to try stand-up in The Comedy Store in San Diego. Within a year, he received offers to open for comedians Pauly Shore and Carlos Mencia. He went on to work regularly at The Comedy Store in Los Angeles.

He has revealed in many interviews that his parents had hoped for him to continue with the family businesses than pursuing his dream of becoming a successful comedian.

Lee joined the cast of MADtv in 2001 and this made him the show’s first and only Asian cast member. He stayed with the cast until the series cancellation in 2009. He returned to MADtv in 2016.

In 2013, he hosted the 9th MusiCares MAP Fund Benefit Concert. As of this year, he started co-hosting the ‘Bad Friends’ podcast alongside Andrew Santino.

Here are the best highlights of Bobby Lee’s career:

“Two things, generally, for me, is what life is about. And they’re not funny. Living in the moment is one. And No. 2 is getting out of yourself and helping other people. Because all of my sufferings stems from thinking from myself.” – Bobby Lee

“I guess I am handsome – in certain parts of the world. If I was, like, in Mongolia, living on a mountain and in my village, I could be the hottest guy. In L.A., I’m … average?” – Bobby Lee

“People think I am crazy because they see me doing stand-up, but I am generally not. I am very sad. I’m one of those guys that lights candles and listens to Rachmaninoff.” – Bobby Lee

“Generally, I am just myself, a crazy John Belushi type. But I’m not comparing myself to him. I think I am against stereotypes. Generally, Asian guys are more quiet – they study and have a good work ethic. Generally, I have none of those things.” – Bobby Lee

“A lot of people that are in the disease of drinking and using can be caught up on the denial aspect of it. I don’t have a problem with that. I am very sensitive. I can just feel when things are getting out of control and I go, ‘Oh, you have to deal with this. Because you can die.’ I’ve always sort of had that.” – Bobby Lee

View our larger collection of the best Bobby Lee quotes!

Now that you know all about Bobby Lee’s net worth, and how he achieved success; let’s take a look at one lesson that we can learn from him:

Two things that are important for Bobby Lee are to live the moment and to get yourself out and help other people.

Bobby Lee is a well-known comedian and actor who is best known for being a cast member on MADtv.

He is also known for his weekly podcast entitled ‘TigerBelly’ which currently has over 472,000 subscribers and 87 million views on YouTube.

What do you think about Bobby Lee’s net worth? Leave a comment below.

See also  Anna Shay Net Worth 2022 - How Rich is the Bling Empire Star?

Celebrity Women With the Highest Net Worth Right Now – SheKnows