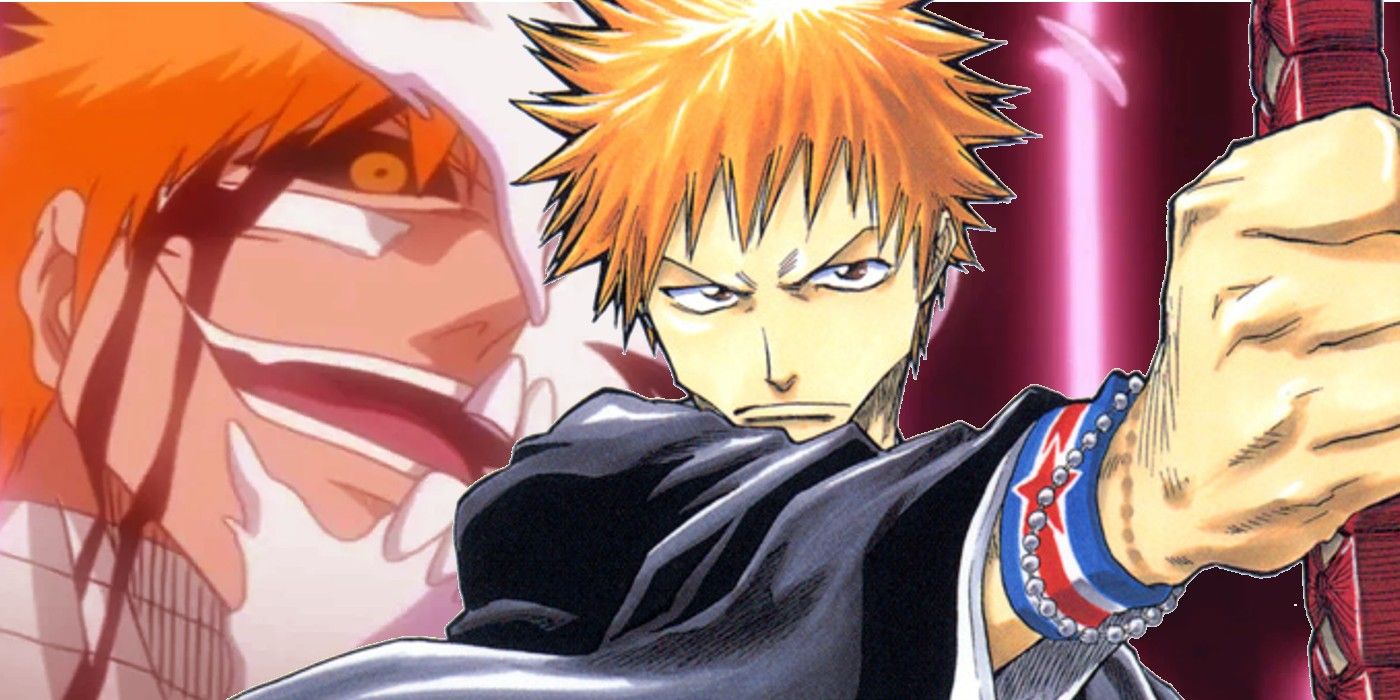 New fan art gives Bleach’s Ichigo an incredible redesign, allowing the Soul Reaper to channel his monstrous side brilliantly. Using an ukiyo-e style, @Justin96636 has produced numerous redesigns of iconic manga heroes and Ichigo is the latest—and definitely one of the most incredible yet.

Twitter user @Justin96636, also known as Chien Chih Kang, has been sharing fan art of many characters as ukiyo-e subjects. From Naruto and One Piece to Dragon Ball and the Teenage Mutant Ninja Turtles, each character becomes more heroic or more villainous in this iconic Japanese art style. Ukiyo-e may have hit its height between the 17th and 19th centuries, but recent manga heroes redesigned in the style seem to fit perfectly within its aesthetic; Ichigo is no exception.

On Twitter, Chien Chih Kang shared a ukiyo-e inspired Ichigo Kurosaki. The Soul Reaper is depicted with half of his Hollow form while holding his Zanpakutō, Zangetsu. Ichigo is capable of having a fully-Hollowfied form, but having both sides of the Shinigami showing presents his duality very well. His temper and stern appearance have set him apart from other popular manga heroes, particularly since many of them have had tendencies to be goofy even if they are also serious fighters. Framing him in this particular art style, which lends well to serious expressions and actions, highlights these aspects of Ichigo’s character perfectly.

Tite Kubo’s Bleach began serializing in 2001 in Weekly Shōnen Jump and though it originally ended in 2016, it has maintained its place as one of the best-selling manga series in history. Ichigo’s journey of self-discovery captured fans’ hearts and lovers of the series got to see a brief return of its characters in last year’s twentieth anniversary one-shot special. With the return of the anime coming later this year in Bleach: Thousand Year Blood War, it’s no surprise fans would want to share their love of the series via art. Throughout the manga, Ichigo underwent many forms and challenges. He lost his powers and found new ways to tackle his foes. However, his Hollow form is definitely one of his most amazing.

This fan art from Chien Chih Kang is exceptionally stunning. Ukiyo-e has traditionally featured landscapes, kabuki actors, geisha, and even mythical heroes in illustrations based on classic legends and stories. Considering the legendary status that manga characters like Ichigo, Goku, and Naruto have attained among readers over the past several decades, bringing these two worlds together is a beautiful ode to both artistic traditions. @Justin96636’s fan art not only redesigns Ichigo from Bleach perfectly, it also shows the influence the Shinigami has had on fans around the world through.

Khloe Kardashian’s Net Worth In 2022 Is Jaw-Dropping