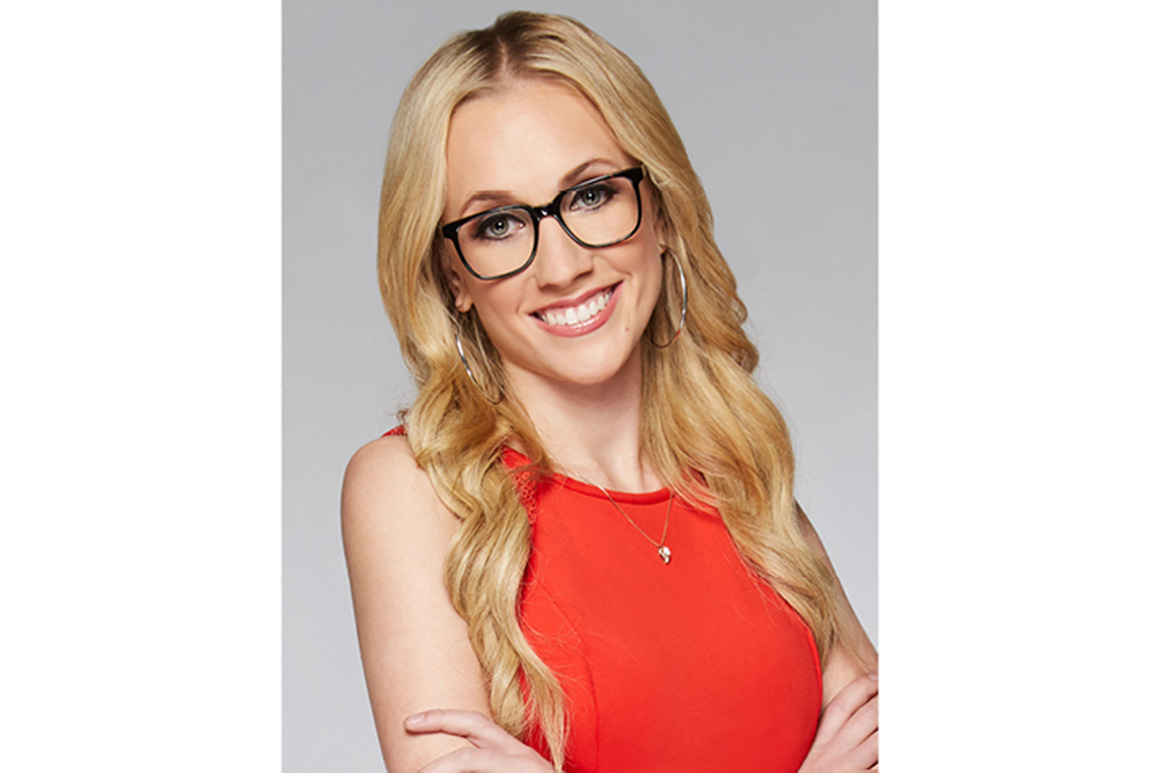 How/where are you celebrating your birthday and with whom? “Just going out to brunch with my boyfriend and some friends. Keeping it low-key, getting ready for upcoming travel plans such as St. Petersburg for the Fox Nation Patriot Awards. Especially considering how extra I was last year, when I celebrated by throwing myself a funeral. For my entrance, I came out of a casket from the back of Jerry Only from The Misfits’ hearse. My best friend gave me a eulogy. Whenever I hear anyone else call themselves extra, I just think ‘Really? Hold my casket.’”

How did you get your start in journalism? “I was in the journalism program in college and had some internships in print journalism during the summers. The plan was to go to Columbia University Graduate School of Journalism to learn broadcasting after I graduated. I was enrolled and everything, but ultimately decided that I could never afford to pay back the loan I’d have to take out. Instead, I took a series of internships in Los Angeles to learn those skills for free, and worked in restaurants to pay the bills. It was hard and tiring and I was so, so broke, but it was worth it.

My first job ever real job in the field was as an airborne traffic reporter and producer in Los Angeles, but I was laid off pretty quickly — which was totally fair, because I’m terrible with directions, and that’s kind of the whole job. I lost my car and my apartment and was feeling discouraged, but eventually got a gig as a digital editor at The Washington Times. Even though I was an editor, I kept writing and appeared on the newspaper’s radio show whenever I could. From there it was Campus Reform and then National Review. Some of my articles and videos for those publications started landing me guest spots on Fox News, and eventually Fox hired me for ‘The Greg Gutfeld Show.’”

What’s an interesting book/article you’re reading now or you’ve recently finished? And why? “I just started re-reading Hunter S. Thompson’s ‘Fear and Loathing on the Campaign Trail ‘72.’ I read it years ago and am kind of interested to see if I’ll look at any of it any differently now that the political climate is so different.”

What’s a trend going on in the U.S. or abroad that doesn’t get enough attention? “The correlation between the prohibition of substances and deaths due to people getting those substances from the black market because they’re prohibited.”

How’s the Trump presidency going? “The main thing that I’ve noticed is that, more than ever, so many people are on one of two sides: Either they completely support the president and think that everything he’s ever said or done has been absolutely perfect and anything negative is just ‘fake news,’ or they can’t sleep at night because they think he’s, like, Russian Hitler or whatever. I’m a libertarian, so I don’t really fit into either one of those camps. As a libertarian, though, not having a home in the political mainstream is hardly something new to me.”

What’s a fun fact that people in Washington might not know about you? “I have lexical-gustatory synesthesia. I can taste, and always have tasted, words. I remember when I was a kid and learning to read I mentioned to my mom that certain words I was learning tasted certain ways, thinking everyone was like that, and didn’t understand why she didn’t get what I was saying. Like the word ‘word’ does and always has tasted like mandarin oranges to me.

Should I have just kept it more normal and said I have a cat or something? I mean, I do have one. Just one, though.”

Scarlet Witch vs Illuminati Isn’t As Scary In Doctor Strange 2...