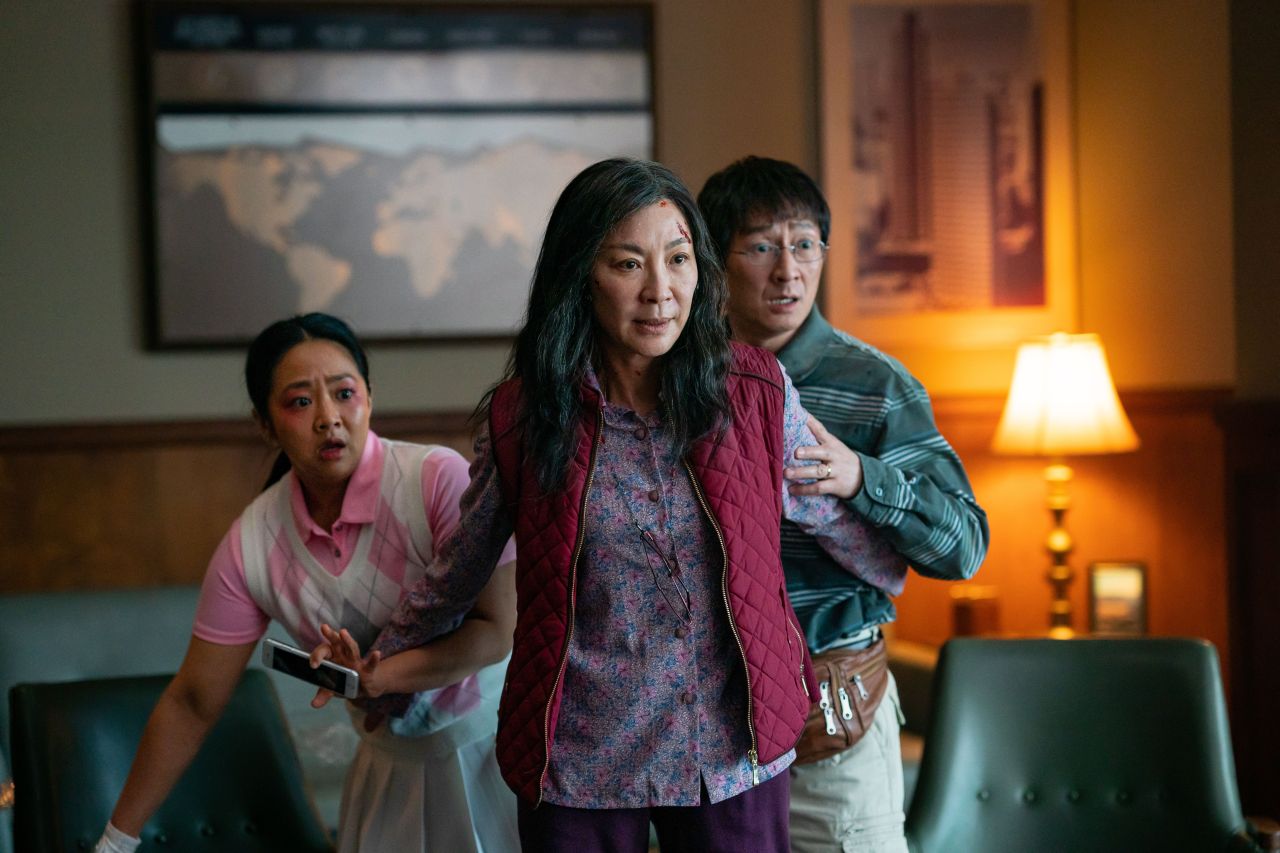 BIRMINGHAM, Ala. (WIAT) — In high school, Daniel Scheinert and his friends made a film, their own version of a Kung Fu movie, shot in their backyard of the Birmingham suburbs they grew up in.

Director Daniel Scheinert poses for a portrait to promote the film “The Death of Dick Long.” (Photo by Taylor Jewell/Invision/AP)

Scheinert, who went to Shades Valley High School, ultimately submitted the film to the Sidewalk Film Festival. To him, the idea of anyone sitting in a theater to watch his movie, the first he screened at the festival, was nothing short of amazing.

“The was the first thing I ever played at Sidewalk for an audience was our fake Kung Fu movie,” Scheinert said. “And now, I got to make one with Michelle Yeoh.”

Scheinert’s new movie, which he co-wrote and directed with Daniel Kwan, is “Everything Everywhere All at Once,” which stars Yeoh (“Crazy Rich Asians”) as an overworked Chinese-American mother who finds herself and her family torn between different universes, all while trying to file their taxes. Released last week, the film has received critical acclaim and has a 96% rating on Rotten Tomatoes.

On paper, “Everything Everywhere All at Once” is several movies, depending on how you see it. All at once, it’s a comedy, a Kung Fu movie, a superhero movie, and a family drama. And Scheinert said it’s much more than that.

“At its core, we kind of wanted to draw in the crowd that wants to go see a Marvel movie and be like, ‘Hey, this has just as many fight scenes and it’s the same runtime, It’s got fun visual effects. It’s a Marvel movie, but ultimately, it’s grounded in something personal and emotional,” Scheinert said. “At the end of the day, it’s about this family and every universe, no matter how weird it is, is meant to kind of take this family on a journey.” 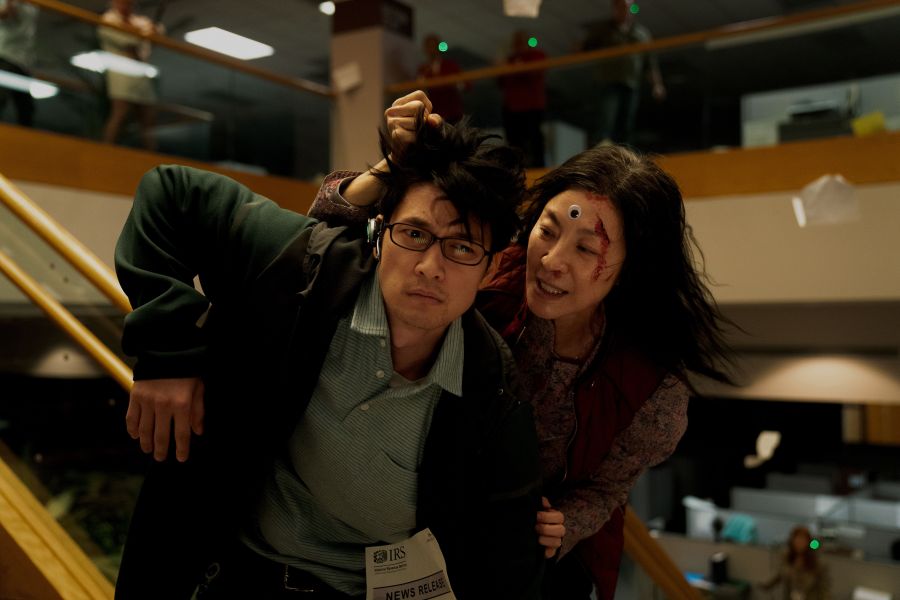 Michelle Yeoh in a scene from “Everything Everywhere All at Once.” (Courtesy A24)

Scheinert, who also wrote and directed “Swiss Army Man” with Kwan, is taken aback by how much positive feedback “Everything” has received. However, more than critical acclaim, he’s most proud of how audiences have been receiving the film.

“So many people are talking about how it has to been to see it in a theater, and that makes me so happy because my favorite theatrical experience isn’t the biggest screen or the loudest speakers, it’s the funnest audience,” he said. “And the fact that people are getting to go with crowds and laugh and scream and cry together, you know, and then are celebrating the movie for that reason, I’m like, ‘Oh hell yeah, that’s what I wanted.’”

Outside of Yeoh, another actor whose performance has been praised has been Ke Huy Quan, best known for several memorable performances in the 1980s as Short Round in “Indiana Jones and the Temple of Doom” and Data in “The Goonies.” “Everything” marks Quan’s first major leading role in over 20 years.

Scheinert said a recent comment he saw on Twitter calling Quan “an absolute movie star” in the film made him particularly emotional. 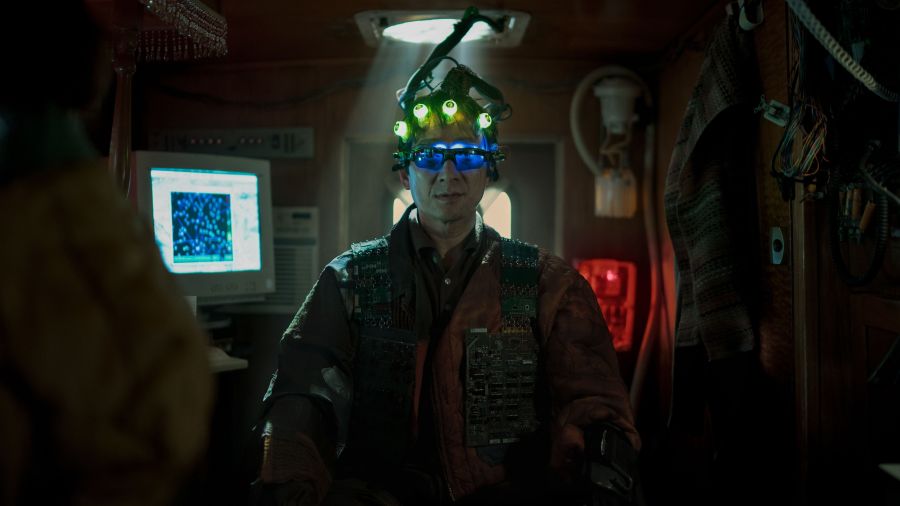 Ke Huy Quan in a scene from “Everything Everywhere All at Once.” (Courtesy A24)

“I just started imagining what he would think reading that because his character is a sweet pushover, a nice guy who just gets pushed to the sidelines of this action adventure, but ultimately is just this treasure of a person. And that’s what Ke is, too.” he said. “He’s just the sweetest guy and he got neglected by Hollywood and they missed out, and he should have been starring in movies all along. And and just like the movie, now we get to celebrate him, which feels great. It feels like a cosmic coincidence that that it happened that way.”

Although the movie is set in only a handful of locations–a laundromat, an IRS office, and countless parallel universes– Alabama had a part in how Scheinert and Kwan wrote and filmed the movie. While writing “Everything,” Scheinert decided to go back to Alabama to make a movie on his own, “The Death of Dick Long,” a black comedy involving two friends trying to cover up the death of their friend.

Scheinert said making “The Death of Dick Long” shaped how he wanted to make movies, something he would bring to “Everything.”

“I loved the script, but also I wanted to experiment with how we make movies, not just what we make them about,” Scheinert said. “The movie is kind of dark and upsetting, and we try to counterbalance that by making it in the most wholesome, ethical way possible.” 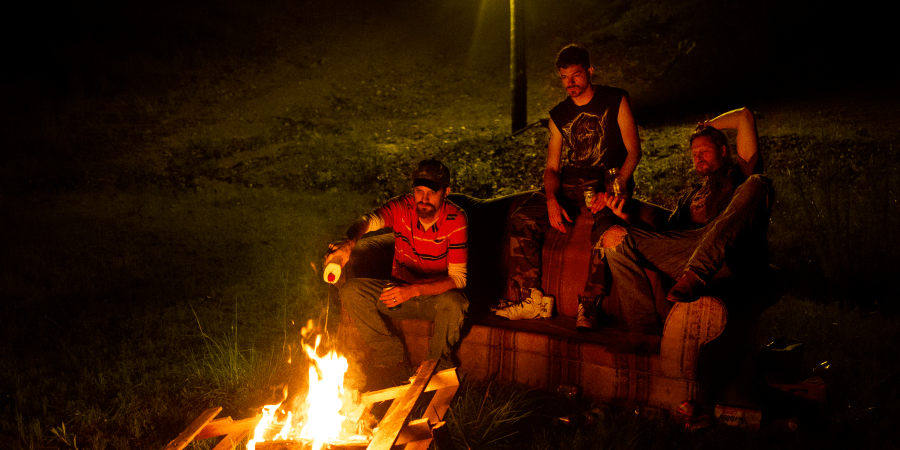 A scene from “The Death of Dick Long,” which was directed solely by Daniel Scheinert and was shot in Birmingham. (Courtesy A24)

Scheinert said that while shooting “Dick Long” outside Birmingham, he and the crew formed relationships with the community, from the people they rented houses from for the shoot to the non-profit groups they donated to. He felt this approach off-screen had an impact on what was shown on-screen.

“I think it bled into the movie and made the movie better and made everybody working on it work harder,” he said. “And so I came in, I came back from that experience and persuaded our producer, John and Dan, to try to tackle this movie the same way and be like, ‘This movie is about kindness. If we make this movie in a mean way, we’re such hypocrites.’”

Bringing that same approach from “Dick Long” to “Everything” was a joy for Scheinert.

“A lot of that was about like trying to pull in the Chinese-American community and empower them and celebrate their culture while making the movie itself, but also doing a bunch of sustainability efforts and trying to not fill up a landfill while we made our movie.”

Scheinert said Alabama played an enormous part in helping him develop his creative vision, where theater was his varsity sports and the Sidewalk Film Festival showed him how far movies could go. 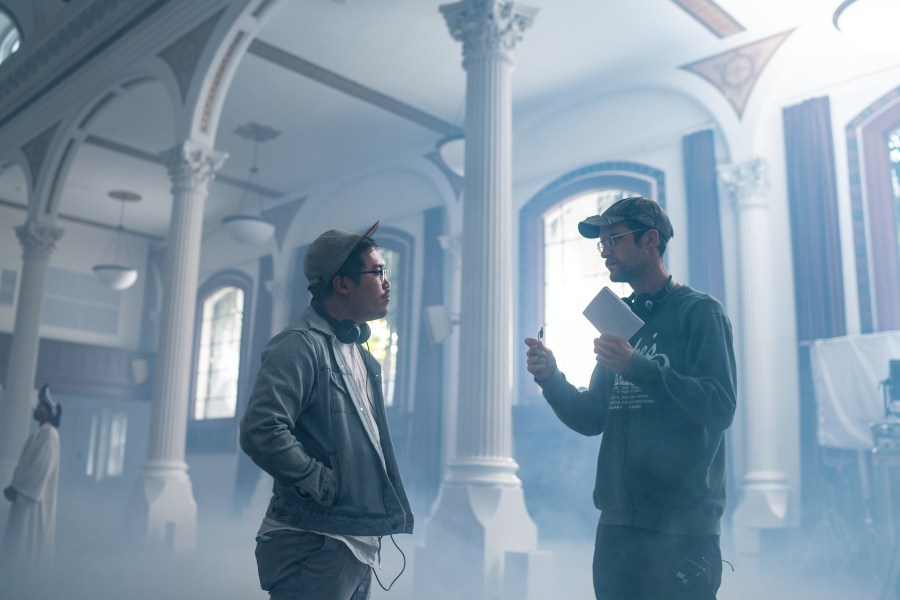 Daniel Kwan, left, and Daniel Scheinert on set of “Everything Everywhere All at Once.” (Courtesy A24)

“I feel like I met a bunch of like-minded weirdos as a kid, and that was really fun,” he said.

“If it’s not personal at all, then you’re just kind of wasting your own time and your audience’s time, so we’re always chasing questions that genuinely interest us, that we don’t know the answer to, that kind of scare us and try to make sense of my own life by biting off projects that will explore something that I’m trying to wrap my head around,” he said. “There’s always going to be something emotional and personal that we’re going to explore.”

Ruben Randall - September 1, 2022 0
Actor
The filmmakers didn't expect Radcliffe to agree to star in "Swiss Army Man," but they had some hope after considering his filmography. He...