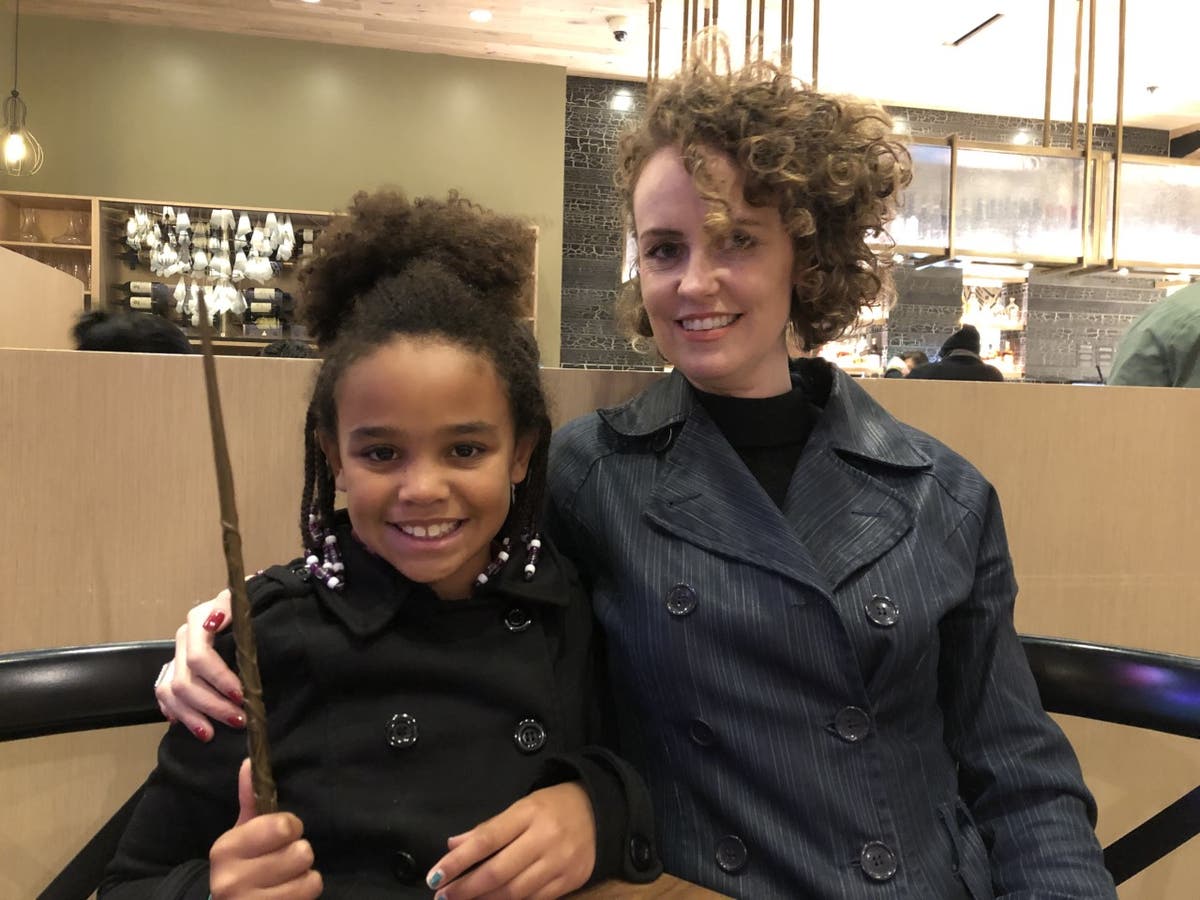 A mother and her 10-year-old daughter were stopped by officials at Denver International Airport in October, after an airline attendant reported a possible human-trafficking incident.

Mary MacCarthy said the suspicion was based on a “racist assumption” as she is white and her daughter is biracial.

The pair boarded a Southwest Airlines flight from San Jose, California, on 22 October, after Ms MacCarthy got the sudden news that her brother had died. The pair were travelling to attend his funeral.

Upon arriving in Denver, she and her daughter were surrounded by two armed police officers and a member of Southwest staff on the jet bridge, and were questioned separately.

According to the police report, the crew member said it was suspicious that Ms MacCarthy and her daughter Moira were the last to board the plane and Ms MacCarthy had asked other passengers to move so they could sit together. During the flight, the mother and daughter had not been very communicative, the report outlined.

Ms MacCarthy told The Independent that she boarded last because “that’s what her tickets said to do”. They were in the last boarding group, and there was no assigned seating on the flight. She asked the flight attendants if they could sit together, but was told to directly ask passengers to switch. “This was our only interaction with flight crew,” said Ms MacCarthy who explained that people were happy to move seats so she and her daughter could sit together.

“My brother had died less than 12 hours before, I’m a single mother and he was like a father figure to my daughter … so we were in shock,” said Ms MacCarthy of the pair travelling. She was trying to catch up on sleep during the flight and her daughter was listening to book on her phone.

Mary MacCarthy and her daughter Moira

“The police report says I wouldn’t give any information, but I have a three-minute video,” Ms MacCarthy said. The Independent has viewed the footage. Ms MacCarthy can clearly be heard explaining exactly why she was travelling. “I’m very forthcoming with information. You can hear my daughter sobbing throughout the video. I tell them the reason she is so upset is because we’ve just suffered a death and she’s biracial and she’s experienced, unfortunately, bad things with police, so she’s extra nervous.”

Ms MacCarthy explained that she always carries a copy of her daughter’s birth certificate when travelling, but was never asked for it on 22 October. “I’m educated enough to know that people make these assumptions about mixed-race families,” she said.

The family is requesting an apology from the airline. “The whole thing is based on what I believe to be a racist assumption about a mixed-race family,” Ms MacCarthy said.

“The Denver Police didn’t drop it, they called me 10 days later to follow up,” she continued. “Things like this happen to mixed-race families all the time, this is a thing that we are afraid of … I feel an obligation towards my daughter and other mixed-race families to speak out,” she said of making the story public.

Southwest Airlines responded to The Independent’s request for comment. “We were disheartened to learn of this mother’s account when travelling with her daughter. We are conducting a review of the situation internally, and we will be reaching out to the customer to address her concerns and offer our apologies for her experience travelling with us.

“Our Employees undergo robust training on Human Trafficking. Above all, Southwest Airlines prides itself on providing a welcoming and inclusive environment for the millions of Customers who travel with us each year,” it added in an emailed statement.

As of 4 November, when The Independent spoke to MacCarthy, she had not yet been personally contacted by the airline, she had only received an automated response. “It’s been over 10 days since this trauma and I have yet to be contacted by Southwest Airlines,” she said. “At this point, I believe they should be held accountable for having racially profiled my family, and for having traumatised my 10-year-old daughter on a day she was already processing the sudden death of an uncle who was like a father figure to her.” Ms MacCarthy is now working with an attorney in regards to the incident.

“I wish that Southwest and other airlines would not judge people by their race,” she said. “If [staff] had chatted to my daughter and I, any reasonable person would understand that we’re family … if they are going to be trained in things like looking out for human trafficking, they should also be taught not to engage in ignorant racial profiling”.

Biracial families have frequently been falsely reported as potential human traffickers when travelling in recent years.

Cindy McCain, the wife of the late Republican Senator John McCain, apologised for wrongly accusing a family at Phoenix airport in 2019. Ms McCain reported a toddler and woman to the authorities because “something didn’t click”. Ms McCain is a campaigner against human trafficking and has an adopted daughter from Bangladesh.