Bill Maher aired Arnold Schwarzenegger’s dirty laundry Friday night like only Bill Maher can, calling on the Maytag appliance company to replace its new Repair Man with The Terminator.

You see, Maytag recently changed out its mascot with a rigid, youthful and straight-jawed Repair Man. Some, like Maher, might say he looks like an android.

As Maher illustrated on Friday’s HBO’s “Real Time with Bill Maher,” the incoming mascot is a departure from their long tradition of a doughy middle-aged Repair Man.

“Someone must tell me what’s up with the new Maytag Repair Man. Is he human? Is he an android from the future? Did he time travel and kill the previous Maytag Repair Man?” Maher posed in his “New Rules” segment before going in on the punch line.

“If that’s the direction they’re going, they should hire Arnold Schwarzenegger as the Maytag Repair Man,” Maher said.

“Arnold has lived the role. We all remember the time he put a load in the dishwasher.”

It’s been nearly 11 years since Schwarzenegger, now 74, came clean that he had fathered a child a decade earlier with his beloved-by-all housekeeper. The confession led to his eventual divorce from longtime wife and mother of his four other children, Maria Shriver. 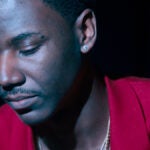 Is Donald Trump Going to be in Idaho for St. Patrick’s Day?

Ruben Randall - April 4, 2022 0
Money
Brooklyn Beckham’s net worth 2022: Brooklyn Joseph Beckham is a chef, former player, model, and photographer from England. He is the eldest son of...

Daniel Radcliffe Admitted to Hooking Up With a Few ‘Harry Potter’...