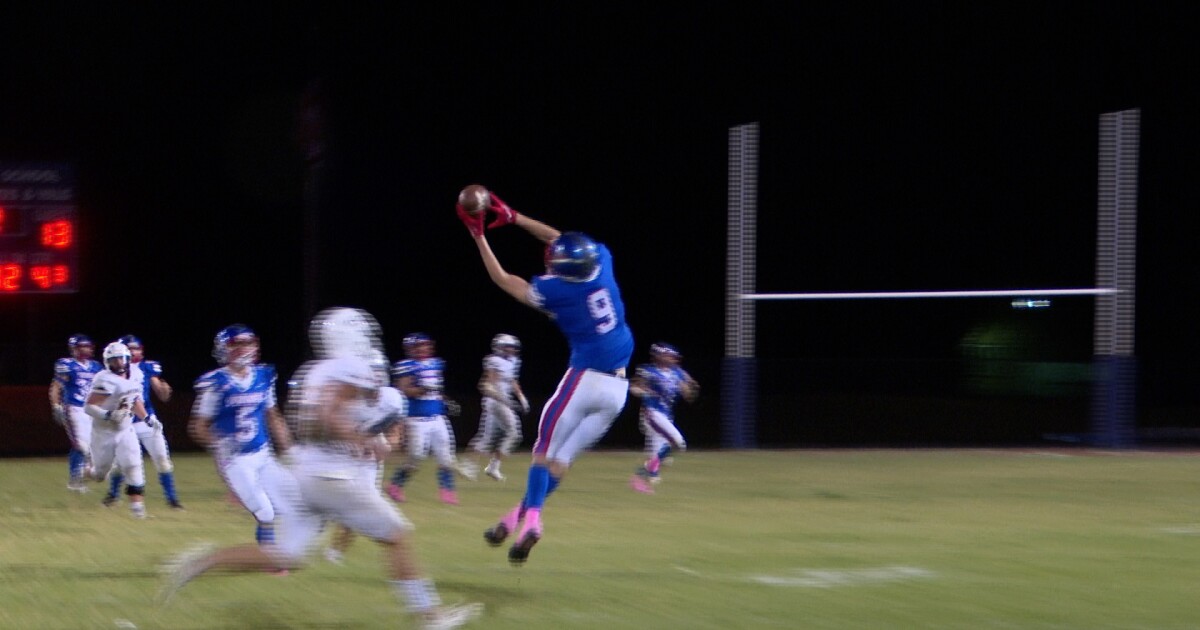 BIGFORK — The Bigfork Vikings football team finished the regular season undefeated and is the No. 1 seed for Class B as it hosts Missoula Loyola on Saturday looking to book a second straight trip to the State championship game.

“I think the biggest thing is this group is not super emotional one way or the other,” said head coach Jim Benn. “They like to have a good time, they’re very loose, and they just show up, and the harder something gets the better they seem to play.”

And as he wraps up his 30th year coaching and his third season at Bigfork, Benn is grateful for the resilience his team has shown.

“That’s all you can ask for as a coach,” said Benn. “I mean you’re not gonna win every single game, been doing this long enough to know that and to have a team that finds ways to win is really a lot of fun to be a part of.”

Win is all the Vikings have done this year as they sit at 10-0 and are carrying the energy that’s come with those wins through the postseason.

“There’s been a lot of good energy, I don’t think anyone’s really been nervous for it,” said senior Manny Baldi. “We’ve been really excited for it because it’s just like any other football game, just ready for it.”

And after an incredible season last year which saw them fall just short in the state championship game to Florence, the Vikings couldn’t be hungrier.

“We all have one goal and we want to make it back to state, like we did last year, but this time we want to take it,” said Baldi.

Fellow senior Ethan Rodriguez knows that the brotherhood this team has established will be key to the team continuing win.

“We’ve all grown up together, played together since 4th grade, almost all of us have,” said Rodriguez. “So I think it’s the bonding, we’re all tight, we all know each other and we’re like brothers to each other so we just have to trust in everyone.”

And even though the Vikings have outscored opponents 416 to 95 this season, Rodriguez knows its going to take everything they’ve got in order to go out with a bang.

“I feel like I just don’t want it to end,” said Rodriguez. “I want to keep on pushing so I’m using everything I have in me just to keep playing, to get another week, to scrape everything together.”

The Vikings will look to keep their undefeated season alive and punch their ticket back to the title game when they host Loyola on Saturday at 1 p.m.