It’s written and directed by debutant Nora Fiffer and is already shooting (via Deadline).

Loosely inspired by the filmmaker’s own experiences, Another Happy Day sees Lapkus in the role of Joanna, a nutcase whose newfound motherhood doesn’t come naturally to her.

She’s also an artist who isn’t making any art, and feels utterly useless as a mum. Joanna can’t seem to win back her old job either, and her friendships have shrunk into obscurity.

A synopsis goes on to tease: “On her desperate search for a friend, she tumbles into an unlikely bond with an estranged aunt-in-law she never knew.”

On her personal project, Fiffer shared in a brief statement: “I’ve often thought that my transition into motherhood would have been a lot easier if I’d had a clearer picture of new parenthood.

“The aim here is to capture this raw, tense and absurd time that is so rarely represented in film.” 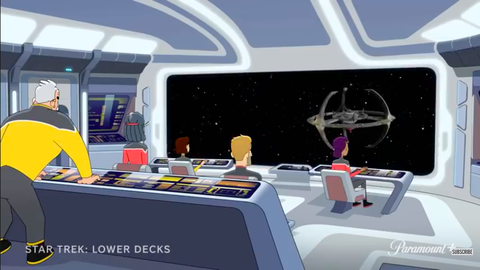 Lapkus, whose old stomping ground Star Trek: Lower Decks (she voiced Jennifer Sh’reyan) will soon crossover with Strange New Worlds, also commented: “Nora’s script is so moving and funny, and getting to make this film as a new mom feels really meaningful.

“The early weeks of parenthood can be so isolating, and that can be jarring no matter how prepared you think you are for it. I think Nora has captured that feeling in a unique way and I’m really excited to share this story.”

Another Happy Day will reach cinemas next year.

18 of the most expensive celebrity engagement rings of all time