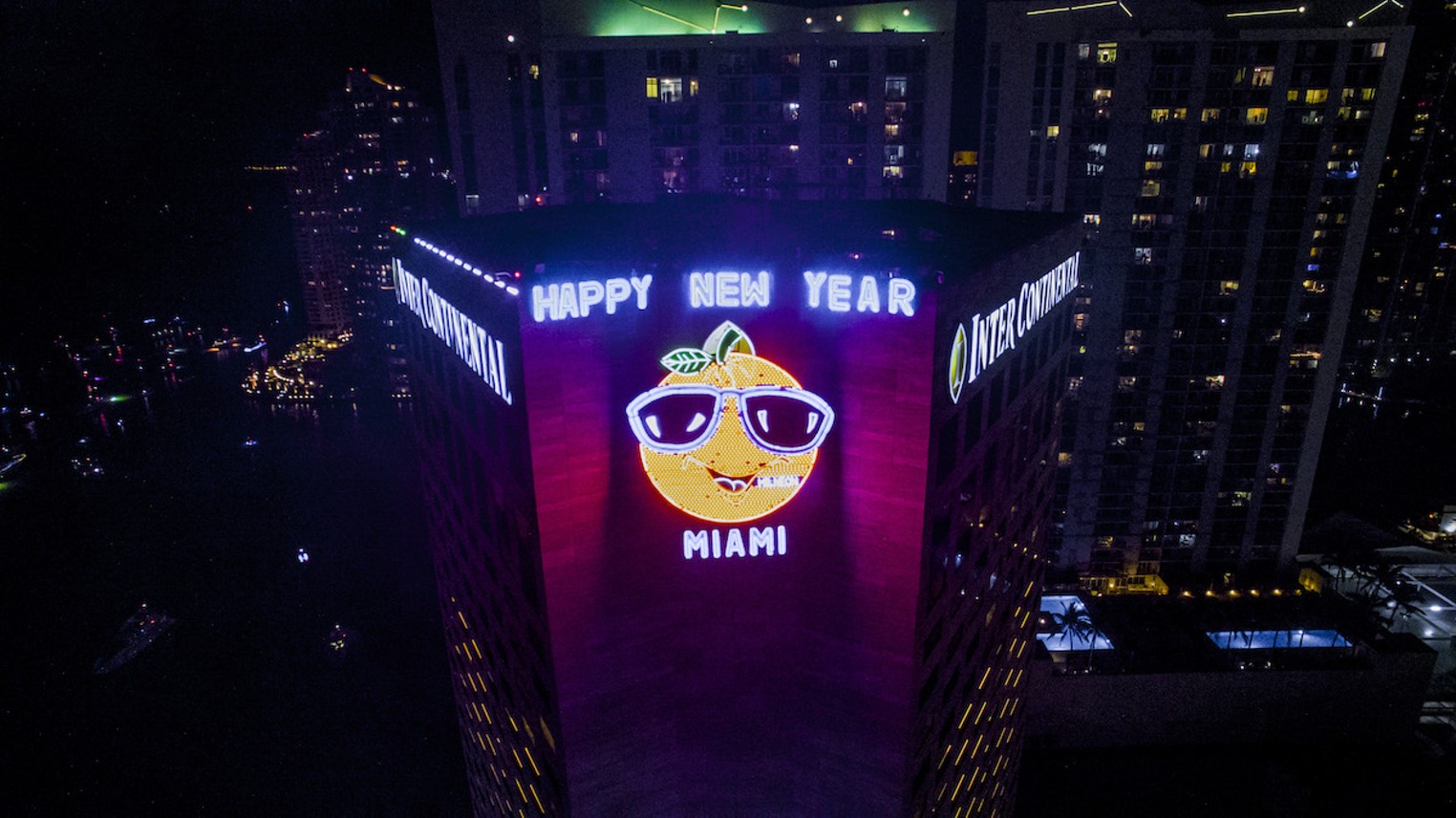 The Wolfsonian debuted “Street Shrines,” the first South Florida museum exhibition from artist, activist, and educator Roberto Lugo during Miami Art Week. The exhibit pairs traditional European and American pottery forms with portraits and images highlighting Lugo’s affinity for hip-hop and popular culture, as well as the artist’s own Afro-Latino and North Philadelphia roots. Now that the crowds have cleared out, it’s the perfect time to check out the exhibit, which is on view through May 28, 2023. 10 a.m. to 6 p.m. Monday through May 28, 2023, at the Wolfsonian-FIU, 1001 Washington Ave., Miami Beach; 305-531-1001; wolfsonian.org. Tickets cost $8 to $12; free for Florida residents. Jose D. Duran

Dave Chappelle is primed to appear “In Your Dreams” at Hard Rock Live on Tuesday. The seasoned comedian has earned over 30 nominations and awards for his work. His acclamations include the prestigious Mark Twain Prize for American Humor, as well as five Emmy Awards and three Grammys. And you’ve no doubt heard details of Chappelle’s “cancellation” streak, what with his commentary on transgender people and his views on Kanye West during his recent Saturday Night Live monologue. Rest assured, Chappelle won’t stay quiet when he stops in South Florida. 8 p.m. Tuesday, Wednesday, and Thursday, at Hard Rock Live, 1 Seminole Way, Hollywood; 954-797-5531; seminolehardrockhollywood.com. Tickets cost $115 to $395 via ticketmaster.com. Sophia Medina

Deck the halls — your favorite drag queens are coming to town on Tuesday. Hosted by Nina West and Trinity the Tuck, Drag Queen Christmas is touring the U.S., bringing festive cheer everywhere it stops. This year’s special guest is singer and choreographer Todrick Hall. The tour has faced some resistance from right-wing activists who slander the LGBTQ community as “groomers” of children. Honey, the only things that’ll be groomed on Tuesday are the mile-high wigs. 8 p.m. Tuesday, at the James L. Knight Center, 400 SE Second Ave., Miami; 305-416-5978; jlkc.com. Tickets cost $37.50 to $80.50 via ticketmaster.com. Ashley-Anna Aboreden

Dance music veteran Tiësto takes over the decks at LIV as part of the nightclub’s celebration leading up to New Year’s Eve. The Dutch producer started in 1994, long before EDM was a thing, and he remains a vital figure in the scene. Regarded as the “Godfather of EDM,” his catalog includes certified anthems like “Red Lights”; “Jackie Chan,” featuring Post Malone and Dzeko; and “The Only Way Is Up” with Martin Garrix. 11:30 p.m. Wednesday, at LIV, 4441 Collins Ave., Miami Beach; 305-674-4680; livnightclub.com. Tickets cost $110 via liv.tixr.com. Sophia Medina

Cirque Dreams Holidaze at the Broward Center for the Performing Arts: See Thursday

Christmas may be over by the holiday season is still in the air. On Thursday, Cirque Dreams Holidaze keeps the winter wonderland vibes going at the Broward Center for the Performing Arts. The show blends Broadway-style musicals with contemporary circus artistry as it brings its holiday characters, including reindeer, elves, penguins, and jesters, to life. Audiences will find themselves setting foot in an enchanting story filled with surprises. 2 and 8 p.m. Thursday, at the Broward Center for the Performing Arts, 201 SW Fifth Ave., Fort Lauderdale; 954-462-0222; browardcenter.org. Tickets cost $29 to $69 via ticketmaster.com. Sophia Medina

Comedian, actor, producer, and writer Marlon Wayans kicks off his three-night stint at the Miami Improv on Thursday. With his brother, Shawn, he’s starred in comedies like the Scary Movie franchise, White Chicks, and Little Man. (He’s also proven to be quite a skilled dramatic actor, when he starred in Darren Aronofsky’s Requiem for a Dream.) More recently, he starred in and produced the Netflix comedy-horror film The Curse of Bridge Hollow. Wayans’ stop in Miami is part of his Microphone Fiend Tour. 8 p.m. Thursday, 8 and 10:30 p.m. Friday, and 7 and 10 p.m. Saturday, at Miami Improv, 3450 NW 83rd Ave., Doral; 305-441-8200; miamiimprov.com. Tickets cost $45 to $70. Ashley-Anna Aboreden

Salute to Vienna at the Adrienne Arsht Center: See Friday

The college football season is coming to an end, and the bowl games are in full swing. One of the oldest bowl games takes place right here in South Florida. The 89th-annual Capital One Orange Bowl brings a marquee matchup as the Tennessee Volunteers take the field against the Clemson Tigers. The sixth-ranked Volunteers are led by second-year head coach Josh Heupel, while the seventh-ranked Tigers are led by Dabo Swinney, who has been coaching the team for 15 years. It’s not the championship bracket, but expect an exciting match between rival college football powerhouses. 8 p.m. Friday, at Hard Rock Stadium, 347 Don Shula Dr., Miami Gardens; 305-943-8000; hardrockstadium.com. Tickets cost $95 to $1,750 via ticketmaster.com. Ashley-Anna Aboreden

Tired of getting hit on when you are just trying to dance with your girlfriends? Luckily, there is a solution. Sorry Papi invites women to come down to Oasis Wynwood on Friday for a night of perreo without fearing harassment. Ladies are encouraged to invite their best friends to the ultimate girls’ night out, which includes themed photo ops, pink ‘n’ pretty cocktails, and music by female DJs. The reggaeton party empowers and celebrates women who, one can only hope, will one day be able to a club without being admonished to “smile more.” 9 p.m. Friday, at Oasis Wynwood, 2335 N. Miami Ave., Miami; oasiswynwood.com. Tickets cost $35 to $75 via oasismiami.tixr.com. Sophia Medina

With so many ways to ring in the new year on Saturday, keep it local with funk-pop duo Afrobeta. Cuci Amador and Smurphio take over Bar Nancy in Little Havana with an end-of-year spectacular alongside Galactic Effect and ¡Bas! The $20 admission price includes a complimentary hot buttered rye shot and a Champagne toast at midnight. For a primer of what to expect on Saturday, listen to Afrobeta’s latest album, Illusion Motel, which features standouts like “All of the Things” and “Chancletazo.” 8 p.m. Saturday, at Bar Nancy, 2007 SW Eighth St., Miami; nancy305.com. Tickets cost $20. Ashley-Anna Aboreden

The Big Orange is set to rise on the InterContinental Miami as the throngs ring in the new year below in Bayfront Park. For this year’s Bayfront NYE, Willy Chirino and Arturo Sandoval serve as headliners, with acts like Amaury Gutiérrez, Aymeé Nivola, El Chacal, Diana Lara, and Carlos Olivia further down on the bill. As always, the party is free (a VIP ticket option nets you an open bar from 8 p.m. till midnight and a mainstage viewing area). Of course, there’ll be a fireworks show for all at midnight. 8 p.m. Saturday, at Bayfront Park, 301 Biscayne Blvd., Miami; bayfrontnye.com. Admission is free; VIP tickets cost $249. Sophia Medina

Don’t want to make the trip downtown? Wynwood NYE has become the go-to alternative for those who prefer not to deal with the traffic flocking downtown or crossing the causeways to Miami Beach. Head to Wynwood Marketplace for a night of live music, unlimited drinks, and free admission. Mr. Pauer will provide the tunes, and a VIP open bar will be available for $59. 8 p.m. Saturday, at Wynwood Marketplace, 2250 NW Second Ave., Miami; 305-461-2700; wynwood-marketplace.com. Admission is free; VIP tickets cost $59 via eventbrite.com. Sophia Medina Since its founding in 2004, London-based collective Horse Meat Disco has been reminding partygoers that dance music is queer — really, really queer. So it’s only appropriate that the collective takes over Oasis Wynwood on New Year’s Day as part of the Dreamland NYE series of events. The party starts early, at 2 p.m., and continues after the sun goes down, with Purple Disco Machine serving as the nightfall headliner. 2 p.m. Sunday, at Oasis Wynwood, 2335 N. Miami Ave., Miami; dreamlandnye.com. Tickets cost $49 to $169 via oasismiami.tixr.com. Sophia Medina

Start 2023 on a high note with Above & Beyond at Story. The trio has continued to conquer the electronic dance music scene since its start in 2000. Above & Beyond has been recognized for its powerful melodic sounds and translucent beats. In addition to the music, the band is behind the record labels Anjunabeats and Anjunadeep and the weekly radio show Group Therapy Radio. 11 p.m. Sunday, at Story Nightclub, 136 Collins Ave., Miami Beach; 305-479-4426; storymiami.com. Tickets cost $65 via story.tixr.com. Sophia Medina

2022 NFL free agency: How the Saints, Packers and eight other teams with little...

Ruben Randall - November 14, 2021 0
Actor
Chris Pratt, who was married for years to the actress and comedian Anna Faris, is...

What Is Millie Bobby Brown’s Net Worth?